Shemmn is a passionate writer on animal facts and guides. When he isn't writing on weird facts, he is researching on funny humorous content.

Ostriches are the largest birds with long legs and neck protruding from their round-shaped bodies. Ostriches can grow up to 9 feet tall(2.7 meters) and they can weigh about 145 kilograms(320Ibs). This now makes them become the largest birds.

1. Ostriches once lived on 3 continents.

Before humans became their major threat, Ostriches could be spotted in Asia, the Arabian peninsula, and in native Africa. However, in regard to research done by Virginia Tech and The University of Texas, there is proof from fossils found to concur that ostriches once inhabited North America. But due to them being hunted they have extinct in some parts and can only be found in native Africa. Although they can be found all over the world in captivity.

2. Ostriches have two toes per foot.

Unlike other birds that contain three to four toes per foot, ostriches are unique on their own. They contain only two toes in each foot. Although physicians may wonder why, because this reduces their surface area to the ground and increases pressure exacted by their bodies to the ground, this is the best strategy for them to have two feet according to nature. They have two toes rather than three or four, so as to reduce the weight of their feet so that they can run at the maximum speed.

3. An ostrich eye is bigger than its brain.

Ostrich's eye has a diameter of 5 centimeters. Their eye is the biggest of all land animals. In fact, their eyes are 5 times bigger than that of humans. They are large and can be compared to a billiard ball. They have such big eyes so as to adapt to their environment. Their big eyes enable them to have a brilliant overview and spot danger from afar. During the daytime, ostriches can see up to a range of 3.5 kilometers(2.2 miles).

4. An ostrich kick can kill a lion.

An ostrich not only uses its feet for running, but also for self-defense in case of an attack from a hungry predator such as a lion, cheater, or a hyena. Its 4-inch claws on each of its feet increase the efficiency of the kick in killing a predator. A similar animal that uses a forward kick for self-defense is the kangaroo.

5. Ostriches are the fastest land animal on two legs.

Although the peregrine falcon bird is the fastest bird on-air and in general amongst all animals at 240 miles per hour, the ostrich is the fastest land animal on two legs. Ostriches can run at an average speed of 45mph(72km/h) with the peak velocity being at 60mph(96.6km/h) with only 3.7-meter strides.

6. Ostriches carry a kilogram of pebbles in their stomach.

A full-grown ostrich carries 1 kilogram (2.2 pounds) of stones in its gizzard, second stomach. Since they have no teeth, stones will help them digest food consumed.

As far as lions can roar, ostriches too can. A full-grown male ostrich is capable of "roaring" like a lion, although the sound isn't much perfect as compared to a Lion's ostriches make this sound to warn other males not to come in their territory while walking with the females.

Although in the wild ostriches can't live for long, between 30 - 40 years. They are however capable of rivaling the human lifespan when in captivity. Tamed ostriches are capable of living up to 70 years and be able to breed in old age. 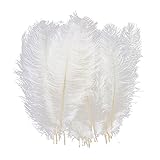 In between the mating seasons, June to November, the male ostrich's legs and beaks will turn red or pink to suggest to the female that it is ready to mate. According to the American Ostrich Association, females too will have a color change in their feathers, silverly color portraying the readiness to mate.

During the mating season, male ostriches will work hard "dancing"(bowing and flapping wings outwards) so as to attract the females, the beauty of the black and white feathers of the male also will play a huge role in attracting the female. After the tiresome convincing by the males, it will be the female's duty to choose which male to mate with. If you don't believe my words watch the video below and be satisfied.

Have you ever heard of at least 5 of the above facts?