A Story of Cat Loyalty

A story of cat versus dog loyalty

There has always been a belief that dogs are loyal to their owners while cats are loyal to their homes. However, this is not always the case. Cats have been able to show loyalty many times and the story of my cat Shakerina is an example of extreme cat loyalty.

Still as today, I wonder what may have crossed this kitty's mind that day back in 1998.

Shakerina was a very special kitty. She was born along with her 6 other brothers and sisters on a cold fall day in November. She was the product of an ''accident'' : my cat was in heat and slipped out of the door. Of course, she had already somebody interested in her on that day. So a couple of months later Shakerina and all her litter mates were born.

Once they all were weaned and healthy, they were ready to be adopted by several neighbors and kitten lovers in the rural town I used to live at that time. One of my relative's daughter fell in love with Shakerina. She was a very special kitty with a very sweet personality. I was only
upset by the fact that my relative lived about 10 miles away so this meant I could not walk to their home to pay Shakerina a visit.

I was debating on giving her away as she had bonded a lot with my family and I. However, that child looked like she really liked her and Shakerina had showed some interest as well, by leaping on her lap. So there she went, while still embraced and purring in the child's hug, I gave her a kiss on her sweet forehead with a tear in my eye.

Of course, I gave my relatives a call after a few days to check on her to see how she was doing. They told me she was happy and eating a lot of fish. I was happy to hear she was adapting well, However, a day later I got a phone call that got me worried. I was told that her owners had left the door slightly ajar and Shakerina had gone missing! My parents then decided to drive to my relatives home and see if we could find her by calling her name. Of course, my relative's daughter was disappointed and was pretty upset that her
new kitty was gone.

We looked in all the nooks and crannies but Shakerina was nowhere to find. I called out her name but to no avail. We gave up an hour later, but told them to leave some smelly tuna out so she could find her way back home in case she got startled and was hiding somewhere. Of course, the barking dogs in next door yards, made me nervous.

I had a hard time sleeping that night, and the following days I was startled by every phone call, hoping that they would happily say they found her. But our phone went silent for the next three days. I even saw her in my dreams wandering in unfamiliar territory in the bitter cold evenings all by herself. She was just a five month old baby!

The next morning, I woke up to commotion. My dad was calling me, I was thinking they finally got the call and Shakerina was back in their new owner's arms! Instead I saw a skinny gray figure next to my daddy meowing. I had to rub my eyes in disbelief. ''Shakerina?'' I said in a surreal tone of voice.

Yes, it was her, purring and very, very hungry! I still cannot believe this small creature decided to come back to us! Yet , she was being fed her favorite foods and given lots of love. This was the feline version of total loyalty and devotion! The owners therefore opted to let us keep her since kitty seemed to have made her decision.

They came back though to adopt one of her siblings, a male orange cat that was a bit more independent. He stayed at the new home and enjoyed it. But Shakerina loved mostly us! So when people tell me that dogs are loyal to their owners and cats are loyal to their homes, I tell the story of Shakerina, and people then think twice about underestimating a cat's love for its owners. Cats do love their owners and even though they do not manifest in the way dogs do, there are stories that prove that cats also have a heart, and a big one too! 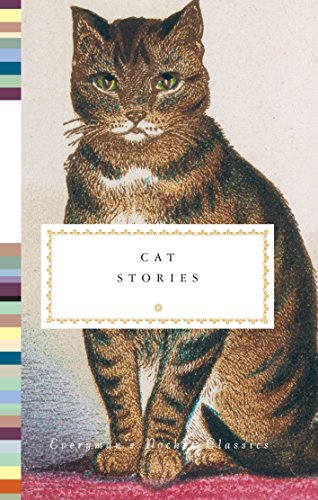