Everything I Learned About Animal Testing Is killing The Animals!

Life is as dear to an animal as it is for a man because one just wants happiness and fears pain. Just as a human being wants to live and not die, an animal also shares this desire to live. Lets say goodbye to animal testing! The human brain is superior and well developed. As the more developed species we are we should not abuse our superiority. We know better, and hold the knowledge to recognise the brutality of animal testing. Over 25 million animals are used in biomedical experimentation, product and cosmetic testing, and science education. This includes dogs, cats, ferrets, rabbits, pigs, sheep, monkeys, chimpanzees, and more. They languish in pain, ache with loneliness and wait in fear for the next procedure that will be performed on them.

ANIMALS ARE NOT SIMILAR TO HUMANS

In this established world of technology, scientists have developed many alternative ways to test medications, which are safer and more effective for humans and animals. 95% of the products tested on animals fail on humans. Our anatomy is different to that of an animal. Although some testing on animals have shown very promising results in animals they are not effective when used on a human. Not only is time, money and animals lives being wasted, but effective treatments are mistakenly discarded and harmful treatments are getting through with huge amounts of suffering. Alternative scientific tests are more reliable as the experiments on rats, guinea pigs, baboons, mice, and monkeys have proved to have no connections to the human anatomy. Alternatively, the use of human tissues in toxicity is more accurate than the animal’s model. There is no doubt that best test species for humans are humans so why are these poor creatures suffering for nothing. Due to the interspecies in anatomy, physiology and biochemistry, it is clearly not possible to generalise animal data directly to humans.

ANIMALS ARE BEING HURT AND KILLED YEARLY

Each year in United States, about 115 million animals are hurt and killed by private institutions, cosmetic companies, government agencies, educational institutions and scientific centres. Tobacco companies like r.j. Reynolds and Philip Mornies conduct terrifying experiments on dogs, monkeys and other animals to test their products. These animals have smoke pumped into their noses for hours at a time on a daily basis. The resulting effects are hard to stomach their skin peels, their hair falls out and they are riddled with tumours. Vaccine testing in particular consumes an estimated 2.5 million animals every year because vaccines are often produced through weakening, inactivating, or detoxifying a virulent microorganism or toxin. Each lot of the finished product is then tested on animals, causing them pain, suffering, and death.

TIME FOR THE SOLUTION

We should encourage our thinking to understand that diseases vary in biology in humans and animals. Animal testing hasn’t improved since it was started or offered any benefits to medications, as it is very inapplicable to humans. However, scientists often see the similarities between animals and humans as the foundation for experimentation. The perspective of sharing same biological processes, paired with the many medications they have already produced from such testing can be extrapolated and applied to humans.

NO! MICE AND HUMANS ARE NOT SAME

Humans are not mice or dogs or any other animals that are used to mimic us in the lab. Therefore, the animals by their nature have different genetic backgrounds and this is what makes them unique and different so it is very unsuitable to oblige as predictive model to people.

I mean does it really make sense to expect that an animal model with a different genetic background to predict what happen in humans. Beyond the suffering of the animal it becomes more concerning that results are inaccurate to the humans they are being applied to. Many human beings donate their bodies to science and research both after and, before death.

In spite of the fact that this is not as popular as humans’ are not held against their will like an animal, it is more accurate as they are testing on the same species. Maybe more benefits and incentives need to be offered to people the entice them to take part in testing. Or alternatively, prisoner volunteers (perhaps from ‘death row’ could be sought to take part in some less risky testing if accepted.

Although this may raise an ethical, social and political issue, this could make more sense, as we would have accurate results gained from human research, without endangering the lives of free or rehabilitating citizens but instead volunteers from people sentenced to ‘life’ or ‘death’. This would still need to be conducted in a humane manner purely to gain insight into research and would need significant legislation, in order to prohibit abuse of this system.

NO USEFUL RESULTS BY ANIMAL TESTING

There are numerous compounds that have shown quite promising results in animals, which are not beneficial for humans. If scientists have developed some ground breaking testing methods that can predict how a chemical might affect a humans cell, tissues and organs this would be more accurate and give reason to animal testing.

New technologies are more sensitive and can detect toxic effects that animal experiments may miss. They are often less expensive and much faster, for example, there is a new robotic device that can work around the clock testing thousands of chemicals everyday. In fact it can test more chemicals in a day than have been tested in the twenty to thirty years using animals in a national academy of sciences report. Human tissue can also be donated from surgery (e.g. biopsies, cosmetic surgery and transplants). For example, skin and eye models made from reconstituted human skin and other tissues have been developed and are used to replace the cruel rabbit irritation tests. Human tissue can also be used after a person has died (e.g. post-mortems). Post-mortem brain tissue has provided important leads to understanding brain regeneration and the effects of Multiple Sclerosis and Parkinson’s disease.

Computer models of the heart, lungs, kidneys, skin, digestive and musculoskeletal systems already exist and can conduct virtual experiments based on existing information and mathematical data. Take more opportunities of the human organs that are grown on the chip and replace it with animal testing.

THE VARIATION IN HUMAN AND ANIMAL ANATOMY

As we know that some of the animal’s organs are quite similar to us but its still not helping us to develop effective medications to cure disease, because somehow somewhere they are still different. They have born to live in wild and to enjoy the nature of this magnificent world. So it is very erratic to take their rights away for no reason because animals do not get many of the human diseases such as heart disease, many types of cancers, HIV, Parkinson’s disease or schizophrenia. However these diseases are artificially prompted in animals in laboratories in an effort to mimic the human diseases. By playing with nature we have encouraged our humanity to belittle the complexity of human conditions, which are affected by a wide-ranging variables such as genetics. Therefore the suggestion is that human disease and human response to drugs and other chemicals should be studied in human relevant system. The advanced development in genetics are allowing scientist to appreciate, how experienced the genetics variations among humans can affect disease risk, progression and response to treatment.

How can we undertake testing on animals if they are naturally extremely different from human, beings? Can we accurately predict human responses?

By considering the genetic variability among humans, if the animals could be predictive, the question arises that to which human gene could the corresponding animal genetic data is accurately applied? Even though we share genetic materials with other species, it doesn’t necessarily mean that it can be expressed in the same way. For example the compared activity of human genes are very necessary for trauma, sepsis and burns with similar mouse genes. This discovered that humans and mice are very different sets of gene to cope with. In History we did rely on animal experiments but it does not mean we should continue doing this in the presence of the technical world. Therefore scientist should develop enhanced research mythologies that focus on humans and not animals.

They subjected to high doses of chemicals up to 1000 times higher than women would ever exposed to and animals often react to chemicals differently than people. They are also very time consuming and expensive as a cancer test on just one ingredient can take up to three years to complete and cost millions of dollars. Both healthy and diseased tissues donated from human volunteers can provide a more relevant way of studying human biology and disease than animal testing. 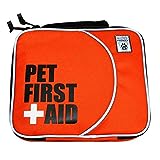 These are the only 2 examples that can allow us to make an obvious inference that animals and humans are widely different and by making the huge leap from saying something is safe for an animal than it should be safe for humans is very irresponsible and most likely totally inaccurate.

INSTEAD USE HUMAN TISSUES

HOW TO TAKE INITIATIVE

Companies should avoid chemical testing by using the products, which have been greatly used in human history and have also proven their safety over time. Or they can also rely on natural and synthetic data that have previously been tested on animals. Furthermore computer databases can be extended to determine biological properties of ingredients and make risk debts. Perhaps enter the use of embryonic cells as this cell can grow into a dish called petri; as well they can also differentiate into a numerous form of cells that can build a proper human organ. Furthermore when disease genes are inserted into embryonic stem’s cell it can screen for drugs by differentiating it into human disease tissue. Which is quite technical and prove more promising results. The more use of these devices during testing is worthwhile as it is more promising and they provide a human impact profile not an animal’s.

Identically some companies extended technologies that have been developed to allow human cell cultures to grow in a test tube and used for study. They are making use of artificial skin products like Epidermal to develop models of the human skin. These models are used to test how products are absorbed into the skin and cause irritation. Direct human testing through clinical trials are the products that are released for use to limited group of participants and skin patches are also effective alternatives to animal testing.

Testing on animals is not just treacherous to the animals tested on, but also to the humans that are using those medications. Pat Thomas of The Ecologist made a reference that “many of the drugs approved through animal experimentation have proven dangerous to humans. In order to make experimentation more accurate, scientists should rely on human cells and carefully conducted clinical trials with humans.” So we can achieve more and be more effective and successful by undertaking more trial and testing on human samples. From this quick action we can completely get rid of animal testing and save lives for both species.

Do you believe testing products on animals is wrong?