An opinion on to pinion or not to pinion

Pinioning. With a few species specific exceptions birds were meant to fly. I don’t believe that there is anyone who would argue with that. At the same time though it could be said that they do not have to fly. Within the protected confinement of captivity they are capable of leading a long and functional life, including breeding and rearing chicks without ever flying. Waterfowl immediately spring to mind but rescued Eagles disabled by accidents in the wild can live and breed in captivity without a hitch.

My discussion here relates specifically to waterfowl except when other species are mentioned.

The difference between pinioning and not pinioning is the difference between access to and the relative freedom of several acres of an islet spotted lake or confinement to an aviary pond. Waterfowl do not fly around for 'Joie de vivre'. They take to the air to move on in search of food, sex and safety, the three primal urges. If these are already available, like with all captive animals, territory sizes may be reduced. The question of quality over quantity of space should also be considered along with public perception and amenity.

There are those who would like to draw a comparison between pinioning and the declawing of cats. I don’t believe that the two acts are in any way similar. A properly carried out pinion is a quick snip of one small part of one wing of a 3 day old baby bird. It can be performed by a veterinary surgeon or experienced laymen. Declawing means drastic surgery of ten digits and must be carried out by a veterinary surgeon. I certainly do not go along with the Zoo Check point of view:

“Yes, the Born Free Foundation is an international animal welfare charity and we are opposed to the captivity of wild animals, so as far as pinioning is concerned, denying a bird flight is like denying a human being the ability to walk and climb. Whether an animal is two days old or ten weeks old it knows that it should fly, it is an innate natural force for a bird to know that it should fly, and to deny that animal flight is a crime .” – Daniel Turner

Although I do not place Zoo Check or the Born Free Foundation in the camp as the loony left. There is an element out there swaying opinion who do not believe cows should be milked, sheep sheared or horses ridden.

I should state from the outset that I do not believe that a pinion should be the method of choice per se. Other options should be considered along with the latest scientific findings and through rigorous discussion with the zoo ethics committee. What works for one species may not necessarily be the best for others. The law requires that exotic species be not allowed to escape into the wild.

It has been shown that the breeding of cranes and storks can be directly affected by the unbalancing effect of a pinion.

The pinioning procedure is described as being ‘the same as removing a human hand at the wrist’. It sounds barbaric and whereas I would not argue that it IS an actual amputation it is not as bad as the written word describes. When correctly carried out there is rarely any bleeding and the young chick is behaving as if nothing had happened within a minute of being released. The chick has never flown and so it could be argued will never miss flying.

Pinioning has not been shown to have any long lasting effect on the birds apart from preventing flight. Declawing incapacitates many natural functions of a cat as well as increasing the likelihood of skeletal problems later on.

I am totally against pinioning of birds more than 4 days old by anyone other than a veterinary surgeon. Longer than this it becomes a true surgical procedure involving pain, shock and trauma. I would wonder as to why any bird should need to be pinioned after that age. There has obviously been some failure in captive management practices. Questions would have to be asked.

If birds were not pinioned they would have to be kept within roofed aviaries. This could result in frequent and repeated head injuries if the birds were startled. The alternative would be the building of aviaries of exceptional size which would in most cases be cost prohibitive. At the same time it would restrict the number of species which could be maintained for breeding programmes. Roofed aviaries too would restrict the available ‘floor’ space and as this is the area most frequently utilised it is, I believe, better to pinion.

Apart from roofed aviaries the alternatives to pinioning are feather clipping and brailing. Feather clipping of one wing has the same effect as a pinion. It unbalances the bird and so prevents flight. If feather clipping is the management choice then this is necessary on a regular basis to trim the feathers as they come through. Each and every time the birds are caught they are put under stress. It is frequently necessary to catch three or four times a year as feathers have a habit of rapid re-growth on occasion and not all feathers grow at the same rate in a group of birds. It will inevitably be necessary to catch all at each session to round up stragglers and check. Brailing is much the same as clipping only one wing is taped and so renders the bird flightless. The tape can be removed at any time and in theory the bird can fly. Depending on how long the tape has been in place there will be some stiffness and even muscle wastage. 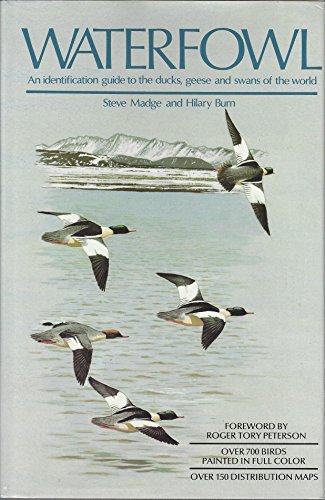 Waterfowl: An identification guide to the ducks, geese and swans of the world
Buy Now

Some countries do not allow pinioning to take place and there an increasing number of zoos elsewhere who are adopting the policy. I believe that whereas in some cases this has sound scientific backing there is also a degree of pandering to the whims of those who are overly concerned about animal welfare without examining the benefits to the birds by doing so. As I have explained above, some welfare problems can actually be created by the act of not pinioning. It seems a shame especially as this could be solved by this quick and almost painless procedure.

Whereas I have no evidence to support the suggestion. It seems likely to me that zoos on a limited budget and so unable to build aviaries for waterfowl rather than the traditional open enclosure are likely to purchase or obtain their stock from breeding facilities in countries where the pinion is permitted by law. Waterfowl are generally long lived in captivity and so it may be that collections in countries which have a pinion ban in force may not yet have started looking for replacement or unrelated stock.

If more wildfowl keepers had adopted pinioning as a management practice we would not have the number of exotic wildfowl established in the wild today. The European White Headed Duck Oxyura leucocephala faces slow extinction today as a result of cross breeding with the feral North American Ruddy Duck Oxyura jamaicensis

Write Your Own HubPage

It is free, quick and easy and will earn you a small passive income too. Learn how here:

THE QUICK GUIDE TO HUB CONSTRUCTION