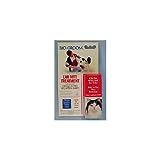 How to get rid of these annoying pests

I hardly knew anything about ear mites until I decided to foster two black kittens from the shelter. They were two tiny 6 week old creatures that came with a box full of medicine. "This is an antibiotic for their upper respiratory infection, these are eye drops for their conjunctivitis and these are ear drops for their ear mites" said the shelter girl as she handed me the box in one hand and the carrier with the kittens in the other.

As I headed home I was a bit worried about the ear mites. I had tons of questions such as: What were they exactly? Were they contagious? What did they look like? I consulted a book or two from my local library to learn more about these two kittens and how to properly care for them so they could be put up quickly for adoption. I was happy to learn a bunch about ear mites and I will happily share my knowledge.

What are ear mites?

Ear mites (Otodectes cynotis) are tiny crab like parasites that live in a cat's ears. They feed on the ear's secretions and tissue debris. They are really not visible to the eye but with a good magnifying otoscope a veterinarian may confirm their presence. The warmth produced from the light of the otoscope will cause them to move about becoming visible against the black earwax from the cat's ear. A good sign of an ear mite infestation is the presence of a dark wax in the ear resembling coffee grounds. This dark discharge is really composed by dead tissue ad the waste products produced by the mites. This is exactly how my new kitten's ear looked like.

What symptoms do they cause?

Ear mites are not to be taken lightly. They can cause a variety of symptoms. A cat affected by ear mites will tend to shake its head bothered, scratch its ears and exhibit that typical discharge discussed above. My kittens really did not exhibit any symptoms other than the dark discharge and a few ear scratching episodes every now and then. In severe cases, a cat may develop a serious ear infection that may also damage the eardrum or even affect the middle ear causing balance problems.

What causes ear mites in the first place and are they contagious?

Now that we know what ear mites are and what they do, what causes them in the first place may be a good question. There is really no other cause than exposure to another pet that has ear mites. I have learned that ear mites are very contagious! It was no coincidence that both of my foster kittens were affected. The infestation may also cross species and affect dogs. However, they rarely affect humans and when this happens it is a very rare occurrence.

My two foster kittens made a full recovery after a 21 day course of Tresaderm. This long course of ear drops was necessary to take care of the whole ear mite life cycle. After the full course my kitten's ears went from full of black discharge to back to their normal nice pink color. There are other treatment methods so discuss with your veterinarian which method works best.

Once my kittens were back to normal, with no more sneezing, no more gooey eyes and no more ear mites, it was time already to say goodbye. I had tears in my eyes but yet I was happy they were back to their healthy selves. After just 3 days they were both adopted. It felt great taking care of them and learning so much that I will certainly consider fostering again!