Gary is starstruck by celebrity and shares a few of his best picks for glamor and fame in Hollywood. He even has a glamorous pet!

Zoe is a Cutey

Zoe Keeps Me On My Toes

My Cairn Terrier Zoe is crazy. Cute as Toto on Wizard of Oz but with a wheaten coat instead of a brindle coat, she is early dog in focus and in mischief. And not only that, she is the boss of the house. Cairn Terriers are earthdogs, coming from Scotland as working dogs who chased after varmints and small creatures. Zoe's teeth are enormous for her size. In fact, if you thought that Jack Russell Terriers were the wacky ones you are only partly correct. Up against a Cairn or her former brother Westie (West Highland Terrier) poor Jack Russells are out of their league. It has a lot to do with the teeth, I think.

Anyway, Zoe is a dog who, as an indoor dog because of digging, must be praised and encouraged when going potty, who will play games like other dogs but gets bored with repetition, and who will nab anything that is left on the floor just when you think and trust that she will be leaving them alone.

2. Play ball--plays with balls, large and small in the backyard and she carries her plastic ball around proudly.

3. Zoe come--If I gesture to my chest she comes. Learned in obedience school. She forgets a lot!

5. Kisses--Zoe licks your hand or face.

6. Neighbor--Don't bark as the neighbors won't hurt us.

7. In the Pool--Swish your water around.

8. Zoe is learning how to take the water hose and put it down where she wants the grass to be softer so she can eat it. She is a little gardener!

9. If I tell Zoe that we are going to the park, while still in the car and far from the park, she knows, looks out the window and starts whimpering.

Born to Bark. Man's Love for His Cairn Terrier. 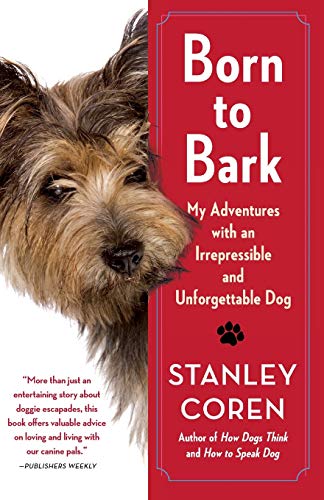 Born to Bark: My Adventures with an Irrepressible and Unforgettable Dog
Buy Now

When Zoe Plays Games She Rules

As Zoe gets older she mellows out some. But she is one who is always high maintenance and should be watched, since she can dig to China if you aren't watching. Zoe Cairn Terrier is a gift and is also time consuming, but worth it.

Zoe Likes Dirt and Gets a Water Hose Reward 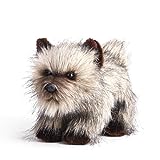 Zoe Cairn is the Best at Stealing Stuff off the Floor

My Zoe, the Cairn Terrier, will steal anything, even things that she has left alone for months! It is all about her mood, the full moon, which also gets some extra howls out of her. The need to have something in her mouth is very central to being a Cairn Terrier. Cairns have instincts that have been bred out of other dogs. If you get a cairn you will not be getting a golden retriever, but rather an independent dog who must be coaxed into an imperfect obedience most times, and who is amazingly sweet to family but a lion towards strangers.

Anyway, Zoe manages to sometimes steal unmentionables, and that can be embarrassing. Zoe also steals sunglasses, which are endangered around her, and also she has been known to leave teethmarks in cell phones.

While I know the Dog Whisperer would tell me that I have it all wrong, and probably do, my Zoe Cairn Terrier is a personality, a character, a mischievous creature who is not a lot like most other dogs. Please do not get a Cairn Terrier if you are not prepared to endure a forceful and irrepressible personality!

Cairns are a gift to man. They don't deserve this!

On a Happy Note. Gus. Are You Up to Owning a Cairn Terrier? 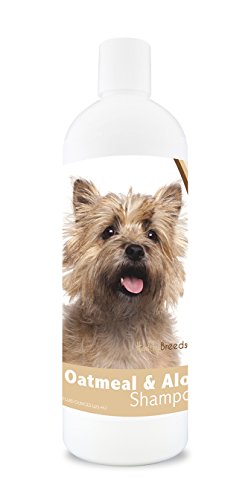