Thelma is a Filipina Expat living in Germany. She shares her Philippines life and travel experiences about her beautiful home country.

One of the places we visited during our stay in Puerto Princesa Palawan, was the Crocodile Farm. It is located in Barangay Irawan, around 30 minutes drive from the city center. It is one of the most important places to see when having a city tour in Puerto Princesa.The entrance fee costs 40 Pesos per person.

This Crocodile Farm is officially named as Palawan Wildlife Rescue and Conservation Center, a breeding place for crocodiles and where injured animals are being taken care of and to be returned to their natural habitat when they are cured from their illnesses. It´s not only crocodiles that are living in this farm but also other animals like Bearcats, Serpent Eagles, Hornbills, Wild Pigs, Monkeys, Talking Mynas and many others. It´s a mini zoo where you can take time roaming around the forest and listen to the sounds of nature while relaxing.

When we entered the entrance of the Crocodile Farm, the tourists guide was already waiting for us to show us the first station of our visit. The Hatchling house where the crocodiles were being kept. They were Philippine fresh water and Indo Pacific salt water crocodiles. They were divided into different tubs, in different sizes and ages. It started with the youngest crocodiles from 2 years old. Some tubs have four young crocodiles while the others have ten. Looking at those young crocodiles was creepy for me, but then it was more creepy seeing at the next station of our visit.

After we had finished observing the young crocodiles at the hatchling house, we went out and walked through a path where a bridge was located. We were told by the tourists guide not to put our fingers near the crocodiles, as everything which is near to them is considered food. I thought, "Oh my goodness, don´t tell me there are crocodiles under the bridge. My God, I hope the bridge will not break."

There were indeed huge adult crocodiles under the bridge. Waiting for their breakfast. I immediately put my video camera on as I saw a kilo or two of meat hanging over the bridge for the crocodiles to catch. It was awesome to look at. Some of the tourists were getting loud in talking that I thought the crocodiles might jump high and devoured one of us from the bridge just to silence us.

I was thinking of posting the video here but I don´t like to scare my readers, so I choosed another video (shown above) for this hub. I had enough of the crocodiles and went directly to the forest where other animals were waiting for me to see. A Walk To Remember

While walking straight from the hatchling house, I saw a souvenir shop on the left side of the path. The shop sold their own products like crocodile purses and the money that came from selling would be used to the benefits of the animals. On the right side, there was a big cage. At first I was thinking it was empty, but when I looked around the cage from the outside, I spotted 2 big brown eyes. It was a black coloured Bearcat taking a nap on a branch of a tree. He did not seem to care what was happening around him. He just layed there and kept on changing his position.

Having seen the Bearcat, I strolled around the forest and stopped by another huge cage where the 2 beautiful Hornbills were playing. Flying around their cage like lovers, courting and flirting each other. Every now and then kissing.

I continued my stroll and found a cute monkey climbing on his cage, a squirrel on a tree trying to hide from me and a huge cage with loads of loud talking Mynahs. There were still a lot of animals like Porcupine and Snake to see, but I hate snakes and it was so scary. Besides that, I was tired of walking. I went to the exit where my companions were waiting for me as we had to go to another tourists spots nearby.

Other Animals at the Crocodile Farm Visiting Crocodile Farm is one way of learning how the animals are, how useful they are and how they are treated by human being. Speaking of useful...There´s a restaurant at the exit of the farm where you can eat, at least try crocodile meat in different way of cooking. I did not try. I can´t swallow frogs meat, let alone crocodiles meat.

Have you been to Puerto Princesa Crocodile Farm before? If so, how did you find it? 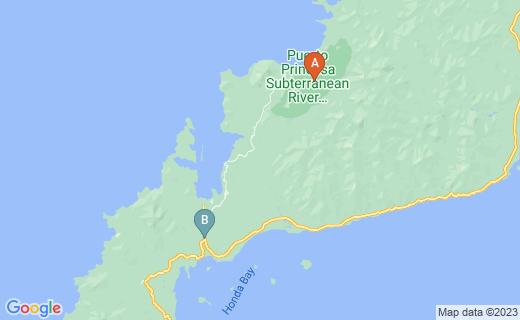