Diseases Spread to Animals by Fleas and Ticks

L. Sarhan is an animal lover with an Associates Degree as a Veterinary Technician.

Fleas and ticks are more than a mere nuisance to pets and pet owners. They can carry several bacteria-based diseases which can spread from one animal to another, including humans. Considering the fact that both fleas and ticks drink blood, your pet can easily become exposed to several diseases. Two of the most common diseases spread by fleas and ticks are Lyme disease and Rocky Mountain Spotted Fever.

Do you use some type of flea and tick prevention to protect your pet?

Lyme disease is caused by Borrelia burgdorferi, which is a spirochete type of bacteria. In most cases, a flea or tick must be attached to the animal for more than 36 to 48 hours in order to infect the host with Lyme disease. Lyme disease has been found all over the United States, but more cases are reported each year in the Northeast and Midwest regions.

There are a variety of signs and symptoms associated with Lyme disease. The first symptom is usually a rash around the bite site. Shortly after the rash is noticeable, other symptoms begin to kick in. Some of these include fever, chills, joint pain, headaches, and fatigue. More serious symptoms may include swollen joints, cardiac abnormalities, and numbness in the extremities. Lyme disease will also attack the nervous system which can cause more permanent problems even after the disease has been treated.

Rocky Mountain spotted fever (RMSF) is caused by a bacteria organism called Rickettsia rickettsii. It is transmitted to an animal via a tick bite. Although originally discovered in the Rocky Mountains, few cases exist there today. According to the Center for Disease Control, the most reported cases can be found in Oklahoma and North Carolina. Even though Rocky Mountain spotted fever is mostly found throughout the South-Atlantic region in United States, it can occur anywhere. 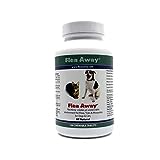 Murine typhus is a form of typhus which is transmitted by fleas. It is caused by the Rickettsia typhi bacteria. Rats, opossums, and even cats are natural carriers of murine typhus. Dogs can become carriers if they have a flea infestation caused by a flea or fleas that came from another animal infected with murine typhus. Although the disease does not really affect the animal, it can put the pet owner at risk of contracting the disease. It is generally caused by flea bites or flea feces.

Ehrlichia is a member of the bacteria family Anaplasmataceae which is proteobacteria. Ehrlichiosis is transmitted by tick bites. It is mostly found in Vietnam, yet some cases have been found in the United States. This bacterial disease affects the white blood cells. The most common signs of this disease include a low, white, blood cell count, fever, fatigue, muscle aches, and headache. It can also cause kidney disease as well as neurological disorders. 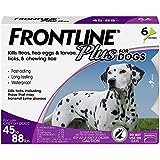 Tularemia is known under a few other names such as rabbit fever, deer fly fever, the Pahvant Valley plague, and Ohara's fever. It is caused by the Francisella tularensis bacteria and can be quite serious. There are two types of tularemia, both of which can be transmitted by ticks and even deer flies. Type A mostly affects rabbits and humans. Type B is found in beavers, muskrats, and other water rodents in the United States. Type B is also found in small rodents across Eurasia. This disease can be transmitted to dogs and humans by a tick bite. Cats are not immune either, but they generally contract it by consuming an animal with the disease not necessarily through tick bites.

The incubation period for tularemia is generally one to 14 days but signs of the disease can appear within three to five days. This is a serious disease in that signs and symptoms include fever, anorexia, lethargy, and skin lesions to name only a few. If left untreated, the animal will die from Tularemia.

The bubonic plague, more commonly referred to as the black death, generally originates among rodents. It spreads when fleas from the infected rodents transfer to another animal. This is another disease in which humans can be affected by. 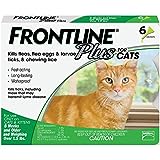 Meningoencephalitis is actually several viruses rolled into one and is caused by ticks. It is an inflammatory disease that attacks the brain, spinal cord and surrounding membranes in your pet. Due to this, your pet will loss most if not all of its nervous system functions. Some of the signs include pain, fever, convulsions, and eventually paralysis. This disease can be fatal and take effect rapidly.

Let's face it, most animals like to groom themselves; some more than others. If your pet has fleas, it is likely to ingest some of the fleas when they groom themselves. The problem with this is that tapeworms thrive in the digestion system of fleas. Tapeworms shed their reproductive segments, called proglottids, to be passed through the feces of the animal which the flea larvae then feeds on. It is a vicious, continuous cycle.

Parasitic dermatitis is an allergic reaction that your pet may have to flea saliva, especially in the area where the fleas are more prevalent, such as the tail area, underside, and armpit areas. The skin will become inflamed and hair loss is common in the affected area. Your pet will not only constantly itch with its paws but will also itch the spot using its teeth. This dermatitis patches can also become infected.

Even after the flea infestation has been eliminated, your pet will still suffer from the parasitic dermatitis for a few days, week, and sometimes a few months later. Regular treatments of antibiotics and antihistamines will help ease your pet's discomfort. Parasite dermatitis can also be caused by tick bites but is more commonly caused by flea saliva.

Veterinary medicine has made great strides in treating many of these diseases. Most of which is treatable through antibiotics such as amoxicillin, doxycycline, and ceftin. There has also been advancements in preventing an infestation of fleas and ticks. Prevention is the best way to protect your pet from these diseases. Talk with your veterinarian about preventative treatments options. The sooner the animal is on a preventive treatment, the better it will be protected from contracting these diseases.