The typical letter 'P' of a choke chain

Among the variety of collars found in your local pet store, choke collars for dogs are quite popular. Because they are made of different materials and there are different makes and models, learning to recognize them is important so to make a proper choice. What most choke collars have in common is that they consist of a loop that goes around the dog's neck and that tightens when the leash attached to it gets tense. As the name implies, choke collars have the potential for causing a dog to gag, cough and choke because of its constricting action.

Also known as choke chains, slip chains or check collars, the most common choke collars are made of chain. There are rings at both sides of the chain and one ring can go inside the other so that you are left with what looks like the letter "P." The loop of the letter P is what goes over the dog's head. When attached to the ring found at the "tail" of the letter P, the leash upon becoming tense will cause the collar to tighten; whereas, lack of tension causes the collar to sit loose on the neck. These collars are often recommended for dogs that pull on the leash. Handlers may deliver quick corrections by giving a quick jerk on the leash (what is often called a leash pop) to correct unwanted behavior such as getting out of heel position, barking or jumping. The leash also causes the collar to tighten on its own as the dog pulls on the leash and loosens when the dog is not pulling.

As effective as these collars may appear to be, there are several considerations to keep in mind before investing in one. Choosing a choke collar should never be a lightly made decision; just because your neighbor uses one on his mastiff, doesn't necessarily mean it's suitable for your dog and acceptable to use. If you have already bought one, please don't feel guilty; they are readily available in stores and don't come with instructional manuals, and of course, no store clerk will recommend against its use. Following are seven things you should know before using a choke collar on your dog, and if you already have bought one, seven good reasons to ditch it and replace it with something else . 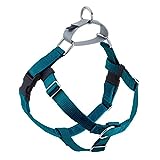 It's Likely Not Working

The main purposes of a choke collars are to 1) deliver punishment for undesirable behaviors and, 2) to reinforce desirable behaviors. In terms of learning theory, what the choke collar is meant to do is deliver positive punishment and negative reinforcement. Its use requires a certain level of skill and perfect timing, but even when used correctly by a professional, these collars still exert pressure on the dog's neck.

In positive punishment, unwanted behaviors gradually decrease and eventually extinguish over time. Pulling, barking, lunging and jumping behaviors should reduce and eventually extinguish overtime if every time the dog engages in these behaviors he is delivered a leash pop. If your dog has been on the choke collar for quite some time and he is still pulling and gasping as the choke collar tightens, it's defeating its main purpose. Same goes if your dog is still barking, jumping and lunging despite those leash pops you deliver.

It's unfortunate that too many dogs have been wearing choke collars for years, and they still gag, cough and choke. Their arousal levels are still high and they likely have poor self control. Many are still pulling despite the tightness around their neck, and most aren't heeling nicely for the purpose of removing that unpleasant sensation of tightness. Basically, these dogs haven't been learning anything from their use, and their use is far more damaging than helpful. Which brings us to our next point....

Choke chains have been known for causing significant damage to dogs. According to the Pet Professional Guild, dogs have been known to develop soft tissue damage, eye problems, neurological problems, tracheal and esophageal damage, and even strangulation from the use of choke and prong collars. Veterinarian Dr. Sophia Yin claimed that choke collars could aggravate coughing in dogs predisposed to collapsing trachea, a condition seen in many small-breed dogs. On top of that it can trigger a case of Horner's syndrome Additionally, with strong corrections, dogs may develop Horner's syndrome, a condition that causes changes of the dog's pupils and nerve-induced lameness in the front legs. Veterinarian Dr. Peter Tobias also mentions damage to the thyroid gland which is also found within the neck area, potentially severe whiplash and eye problems. It's quite natural to understand that a dog's cervical vertebrae, trachea and spine aren't ultimately designed to withstand such corrections.

It Triggers Reactivity in Dogs

When two dogs or more see each other on walks, they evaluate each other from a distance and react accordingly. A dog that is pulling on the leash and gagging is a sure attention-grabber and all his commotion may cause other dogs to be on the defensive. Even dogs behind fences who normally don't react to other dogs walking by, may react to a dog that is breathing heavily and pulling.

On top of the physical effects, dogs who wear choke chains and strain against the leash when they see other dogs, may develop negative associations, which may induce or aggravate the fear or aggression towards other dogs. So now the dogs grow more and more concerned about not only seeing other dogs, but also of the negative sensations they feel when their necks are compressed and airways are restricted. The same dynamics may happen with any other stimuli that cause the dog to react and lunge.

It's often forgotten that dogs may pull for a variety of reasons. I like to call dogs emotional pullers, because there are so many emotions involved. What looks like a disobedient dog, may often be a dog that is fearful, stressed, excited, defensive or impatient. More than training, these dogs may need behavior modification. For this reason, often choke chains don't fix the pulling behavior, but worsen them because you are only dealing with the tip of the iceberg (the manifestations of a problem) without addressing the underlying emotions. It's sort of like plugging the mouth of somebody who is screaming at the sight of a spider, rather than curing the phobia itself.

It Affects the Bond

Why would a dog want to walk near an owner who is correcting his dog all the time with leash pops? While choke chains were popular many years ago and so were aversive training methods, nowadays we know better. Why not train a dog that wonderful things happen when he walks by your side through positive reinforcement instead? Why not make that spot by your side the reward zone? This way the dog stays near the owner because he chooses to rather than being forced to out of fear.

Not many people are aware of the fact that there are other options to stop a dog from pulling. A popular option is a front-attachment harness. With the harness, there's no more pressure on the neck and therefore no more coughing, gagging and choking. There are several models of harnesses on the market nowadays such as the Freedom harness, Sensation Harness, Walk Your Dog with Love harness , Easy Walk harness and more. However, despite the efficacy of these harnesses, it's important to remember that your ultimate goal is to train your dog to walk nicely on the leash, and that once you have accomplished this, you shouldn't need any training aids in order to walk your dog because your dog no longer has a need to pull.