Commonly referred to as pano or simply "growing pains," panosteitis is a condition most common in large breed dogs, usually between the ages of 5 and 14 months. It seems to affect males the most. The condition is a painful inflammation of the outer layers of the dog's long bones. Typically, pano symptoms primarily affect the dog's front legs but they can also affect the rear. Affected bones include the radius, ulna, humerus, femur, and tibia. Some breeds appear to be more predisposed than others such as great danes, German shepherds, Rottweilers, Labrador retrievers, Golden retrievers and dobermans. Fortunately, this is a condition that should go away once the dog reaches 18 to 20 months. Affected dogs develop symptoms such as:

Generally the flare ups follow a cyclic phase with episodes lasting anywhere between a few days to a few weeks, with on average one month in between episodes, but this can vary from dog to dog. While some dogs may just limp, some dogs may completely keep the affected leg lifted and not bear weight on it at all.

But what causes panosteitis in dogs? The cause may be genetic as fast growth rates happening in spurts may tend to run in certain blood lines. Stress, nutrition, the dog's metabolism are believed to be other predisposing factors. Surprisingly though, an exact cause has yet to be found. A while back it was believed to be caused by a bacterial infection. The fever, pain, lethargy were symptoms that seemed to suggest that, but a virus was ultimately never found, and on top of that, antibiotics were never found to be helpful in treating this condition. Interestingly though, one study once found that when bone marrow was removed from a dog suffering from pano and injected into the bone of a healthy dog, the healthy dog would develop pano-like symptoms. This would seem to suggest a viral cause.

There is also belief that vaccinations may play a role. There was a surge in cases of panosteitis at the same time that the modified live distemper vaccine was put on the market. There is no sufficient proof yet though to prove this theory.

Another theory has it that pano many be induced by diet. The culprit may be both the concentrations of protein and fat in the dog's diet, but this theory also requires more studies. According to Pet Education, pano most likely is caused by multiple causes triggered by a combination of viral, genetic, and possible nutritional factors.

Heard this one day at the vet's office: "A case of pano is like the common cold: do nothing and it'll improves in two weeks, invest in a truckload of medications and it will take just 14 days! 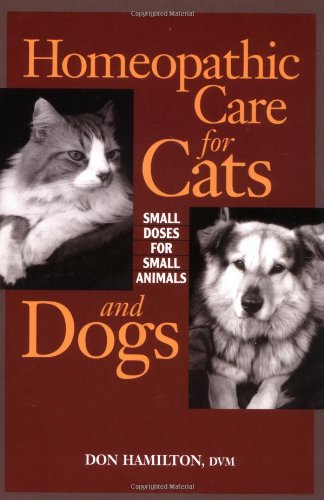 Veterinarians usually diagnose pano by evaluating the dog's history of symptoms, observing the presence of pain manifested when pressure is applied on the affected bone and through x-rays. Typically, the x-rays will show an increase in density in the affected bones; however, this may not show up right away, which is why the x-rays may need to be repeated a few weeks later. Sometimes reading the x-rays may be tricky. Blood work may also show a high white blood cell count. Also a lack of previous injuries to the affected legs helps in differential diagnosis.

Even though pano is a self-limited condition that will eventually go away once the dog is done growing, it can be very painful. Typically, vets will prescribe anti-inflammatory drugs such as Rimadyl, Deramaxx or Metacam to give as needed. However, some dogs owners concerned about giving NSAID's because of their potential for side effects may ask their vet about alternatives or they can consult with a holistic vet. Steroids such as prednisone may also be prescribed to reduce inflammation in severe cases, but it's best to try to provide relief with pain killers first. Restricted exercise is important during flare-ups; however, some vets may suggest letting the dog decide how much exercise is too much. There seems to be a bit of conflict over veterinary protocols over this.

Disclaimer: this article is the result of my research on the topic by using books and references and should not be used as a substitute for professional veterinary advice. If your dog is limping and you suspect pano, please see your vet for proper diagnosis and treatment.

Alexadry© All rights reserved, do not copy

About Pano in German Shepherds