If you're in DuPage County, IL and looking for some great parks in which to walk your dog, I hope you'll take a look here! I've listed and described a few of my favorite parks, as well as their positive and negative points. This is a compendium of edited reviews I put on a review site.

I'll update this as I visit more parks. 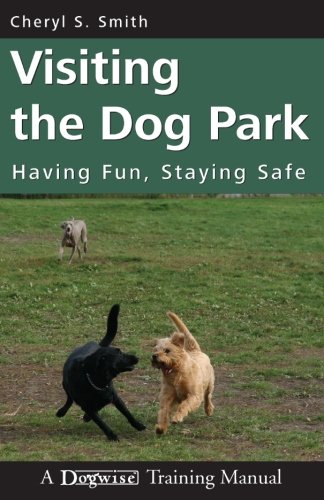 If you're looking for a dog park that is more than just a "let's-sit-on-benches-and-watc h-the-doggies-play-together-aw w-isn't-that-cute" experience, then Swift Road's park is the place to be. Don't get me wrong, you can still do the aforementioned bench sitting, but there's more to do than that.

First, the basics... The park is located on Swift Road, about a mile north of North Avenue, on the West side of the road. The parking lot is large, paved, and in excellent condition.

This is part of the DuPage Forest Preserve's dog parks, which means you have to have a yearly pass to get in. The pass is $40 a year for one dog, and $8 for each additional dog. It's more steeply priced if you live out of the county, though. Don't try to sneak in without a pass... you'll get a $75 ticket (which, incidentally, is almost 2 years of dog park passes).

When you first enter the park, you'll be near the front pond, which is small, but that's the "hang-out-on a bench" area. People congregate there and throw the ball into that pond for their dogs. There's a beaver that lives in that pond and comes out to taunt the dogs occasionally.

There are two other ponds in the back. One is smaller and the other is huge, so I guess that makes it a lake? If you actually leave the sitting area and walk around the park, it'll take you a good 50 minutes. It's a good idea to follow someone who seem to know where they're going because it's easy to get disoriented back there. There are several dirt paths back there that go in all directions. It took me a while to figure out how to get around the park.

Several things you need to know when you get here... There are two acceptable forms of footwear if you want to get around the whole park: sandals/Crocs or rubber boots. Gym shoes don't work so well. The trails are often muddy, and in summer, some areas are covered by a foot or more of water (it's fun when it's hot and you're in shorts and Crocs!). I guess it's not so fun if you have a chihuahua that can't swim...

There is an area toward the back where the path goes through a creek area. Usually, you can get through with high boots on. Sometimes, you have to have sandals and shorts on. Sometimes the water is so low that you can get through on the rocks and logs people have places across that area. Sometimes the logs have been swept away and there's only the rocks. If you're going to try to get across the rocks, use one of the sticks people leave in that area to keep your balance (stick the end in the bottom of the water). On the plus side, if you fall in, there are no leeches. Wahoo. Sometimes, the water is so high you have to swim across. It's not really allowed, but the rangers aren't really walking that far back unless they need to.

Speaking of that, a lot of people in the forest preserve don't realize it's a dog forest preserve. So, I've come across the following unique and entertaining sights: an amorous couple on a blanket in the bushes off the far back trail (of course, my dog ran right up to them and stuck his nose on them), two children swimming in the creek, a man on a bike giving me dirty looks because my dogs were off-leash in a forest preserve, and a foreign family that didn't speak English, had 12 children, and was swimming in the pond and riding bikes and having a big ol' picnic. Fun times.

This is an unfenced forest preserves, surrounded by houses, an elevated railroad track, and a street. make sure your dog has decent recall.

There are beaches all around the ponds at regular intervals. The water is pretty clean there, and I wade in there with the dogs. It's not swimming... it's wading! The sign says NO SWIMMING, not NO WADING!

For some reason, my dog does not get ticks at this park, even during high tick season and in the deep grass. I'm not sure why it is this way, but I like it. My friends and their dogs have noticed the same thing. Nice.

I love that it's a whole forest preserve just for dogs and their people. Because it's so big, the dog to space ratio is pretty low, which equals less stress for the dogs.

Super nice dog park! It has some negatives, but I think it's one of the best maintained ones I've seen in the DuPage County Forest Preserve District.

It's basically a very large, well-maintained lawn, like, you could have a picnic there, if you were not surrounded by hungry dogs and the occasional mound of poo (pick up after your dogs, yo), because the lawn is so nice. There's a short, mulched trail that goes through the prairie area of the forest preserve. According to the website, it's 16 acres.

I went during peak hours (4:30)  In most parks, this would mean a stream of cars almost all the way into the street. There were about 6 dogs in this park when I was there, and three of them were in the small dog run.

Things you need to know:

This is the first dog park I went to with my dog, and it definitely has its pros and cons.

The parking lot is limestone, which does not need to be salted, so the dog's paws are safe in winter, but everything in your car will end up covered in wet white concrete on a rainy day.

Although everything is supposed to be covered in mulch, the forest preserve is sometimes rather lax in replacing it after it breaks down. So, the paths and play areas turn to mud, and the place turns into a giant mess of rather icky cesspools in which the dogs will go roll, given half a chance.

The park itself is very beautiful in summer. There are trees and tall grass and a mini-wilderness, through which the trail runs. There's plenty of room for dogs to run, play, and explore.

The major drawback here is that during peak hours (4-7 pm and 8-9 am) there are roughly 25 cars in the tiny parking lot, and many of their owners have two or three dogs. The result is a park that is seriously overcrowded, and fights tend to break out, especially since some of the dog owners are not with their dogs at all times. Many people sit in the shaded areas, at picnic tables, while the dogs run around everywhere. I no longer bring my dog there at peak times because he got picked on and attacked by other dogs on several occasions as a pup.

Things you need to know:

This is a great dog park, beautiful location, and convenient to get to, but it is definitely better for owners of bolder dogs than mine. If you go, avoid peak times, and keep an eye on your dog at all times.