For the Love of Dogs!! Let's Do Something!

Remy Francis is a socially conscious entrepreneur in Dubai. She is an animation video expert, ideator and happiness consultant

The Dogma of the usage of the word "DOGS"

The name "Dogs"…I feel so weird these days to say because the term Dogs are so often used in today's society to use as a curse-word against human beings in a truly derogatory fashion accusing the worst human being. Whereas a dog is actually so much on a higher level than this reference or no compare to any bad reference because it only knows how to reciprocate kindly to any act of kindness. Don't get me wrong "those who have never seen this in their societies". I address only some regions of the world and particularly where I grew up in".

Dogs were genetically modified animals, the idea originally invented by using the human beings' civilized nature to live peacefully among other living things on earth.

Also, because the reason I look for another word besides "Dogs" to refer to that I have personally seen extremely gruesome killings of Dogs in some of the city streets in my country just at sight for no apparent reason. The worst sinking feeling is to see the scene of communities actually enjoying these inhuman acts of violence, which seemed totally okay for them to see in public, also allowing their children to witness such graphic events.

They have such happiness in doing this as if they think these dogs have attacked in a pre-meditated manner, failing to think that any attack or violence coming from these animals would only have been acts of self-defense. Some of these animals do have a sense of suspicion (again a half human mannerism) when some of them see human beings because they may have only seen them being stoned or beaten up by humans. So what do we expect in reciprocation to being terrorized? What do we normally do to defend ourselves when being attacked by anyone or anything? Man or animal?

So instead of authorities addressing this issue thoughtfully, is irradiating a total race at random, the answer? How is it different from racial profiling or ethnic cleansing?

I have grown up in a part of the world, my first 30 years where I have seen 3 types of people.

101 Dog Tricks: Step by Step Activities to Engage, Challenge, and Bond with Your Dog (Dog Tricks and Training)
New York Times bestseller. International bestseller. This beautifully designed book features step-by-step instructions with easy to follow color photos of each step. Each trick is rated with a difficulty rating and prerequisites to get you started quickly.
Buy Now

Is there a life worth living without pets?

My take is…. minus out everything except how can anyone hate such an adorable gaze of a dog. These pictures for example. Speaks so much of a dog. Look at the expression in their eyes. Can't we human beings just think for a moment with our natural commonsense and intelligence that that familiar look in the eyes means some empathetic language? Don't we humans too share those looks? How can anyone on this planet - the human kind refute that this means nothing?

I now realize that my inability to afford to do anything viable to protect them while there at the time is a largely the reason why I work and live far far away from such atrocities done to my most loved and reveared pet kind... Dogs.

And in a way I am at least at some peace I dont have to go through the trauma of witnessing cruelty towards animals so much as I did when I stayed there although my growing regret is that as an immigrant professional I am wasting my life unable to adopt a pet dog….worrying constantly "Is there a life worth living without a pet in your life? Especially a dog?

I am sure people who value the company of a dog will agree with me totally. Do you?

I count myself in to contribute to help these voiceless victims!

I have lived most of my life enjoying my family pets - cats, dogs, parrots, birds etc. Dogs by far have lived true to whoever coined this term "Dogs are a man's best friend". Having had dachshunds about 3 seen them one after the other as pets, seem then grow from pups to adults till their old ages (Spanning from the 80s to date), seen golden retrievers grow as our pets from pups to adults and even mongrels who have no pedigree attached to their breed but have conducted themselves as equal to the expensive breed if not with much more intelligence. All of them have had similar kind and friendly traits!! Just as how a good human being has adopted good normal traits based upon their upbringing. And all of these dogs just like a human kid have had their own born talents I can discuss one by one in my various articles I will be publishing here, now on.

How Dogs Love Us: A Neuroscientist and His Adopted Dog Decode the Canine Brain
A Wall Street Journal bestseller. The powerful bond between humans and dogs is one that’s uniquely cherished. Loyal, obedient, and affectionate, they are truly “man’s best friend.”
Buy Now

BTW folks … This article was an instigation from a very sad phenomenon still happening in South India (finally seen addressed to rule-out by some animal rights movements in the region) and I being a self-proclaimed animal activist for my whole life am doing my bit to increase awareness to shift the mindset of some societies.

But I believe in peacefully changing the mindset of the citizens, than again getting into the bracket of violent name-calling to stop violence or to somehow be heard. That puts the people who want to stop this violence at the same level. Instead teach from a civilized point of view.

This is something I have so painfully witnessed from my childhood growing up and during my visits to these places on vacation. I found that my cry of resistance was not heard at all. And I did not know how to be heard better. The only thing I could do (with of course the support from my adorable family) is to rescue ruthlessly abandoned pups on the streets and hand them over to Pet homes such as Blue Cross and SPCA in my city.

Today thanks to my writing and art tenure I could communicate hopefully, effectively through my writings, cartoons, and animation. 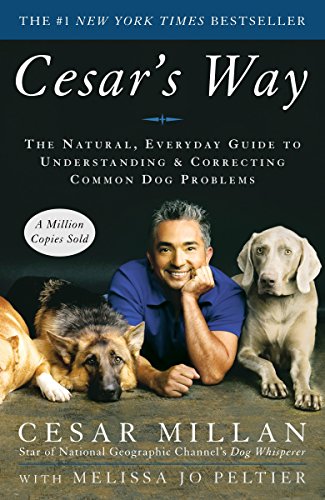 Cesar's Way: The Natural, Everyday Guide to Understanding & Correcting Common Dog Problems
In Cesar’s Way, Cesar Millan—nationally recognized dog expert and star of National Geographic Channel’s hit show Dog Whisperer with Cesar Millan—helps you see the world through the eyes of your dog so you can finally eliminate problem behaviors. From his appearances on The Oprah Winfrey Show to his roster of celebrity clients to his reality television series, Cesar Millan is America’s most sought-after dog-behavior expert. But Cesar is not a trainer in the traditional sense—his expertise lies in his unique ability to comprehend dog psychology.
Buy Now

Stray Dog Killing campaigns continue in some parts of the world!!

The mass killing of dogs as a population control measure was started by the British in the 19th Century. It was continued on a large scale (up to 50,000 dogs killed every year) after Independence by the municipal authorities all over India, with the aims of eradicating human rabies deaths and the stray dog population. By 1993, it was admitted to be a complete failure, since human rabies deaths had actually increased, and the dog population was also perceptibly growing.

Inside of a Dog: What Dogs See, Smell, and Know
"The answers will surprise and delight you as Alexandra Horowitz, a cognitive scientist, explains how dogs perceive their daily worlds, each other, and other quirky animals, the human. "Horowitz introduces the reader to dogs' perceptual and cognitive abilities and then draws a picture of what it might be like to be a dog. What it's like to be able to smell not just every bit of open food in the house but also to smell sadness in humans, or even the passage of time?
Buy Now

Studies by the World Health Organisation (WHO) and the Animal Welfare Board of India (Ministry of Environment & Forests) show that dog population control measures which work in developed countries are unsuccessful in third world developing countries since urban conditions are very different. The urban environment here encourages the breeding of stray dogs, so no matter how many dogs were killed, they were quickly replaced by more.

That’s why in January 1994, the killing programme was replaced by mass sterilization of stray dogs. The sterilization programme is carried out by non-government organizations in collaboration with the municipal corporation.

Watch this as a thinker!