A Bonaparte Named this Bird

The Red-Capped Parrot of Australia is a common bird to Australians, but to outsiders like myself, it is one of the most beautiful birds in the world to behold. The bird was first described by a German fellow, Heinrich Kuhl, a naturalist, in 1820, from a collection he viewed in Albany, Western Australia.

The binomial nomenclature (a formal system of naming all things living) of this particular bird is Purpureicephalus spurius. This name was given to the bird in 1854 by Charles Lucien Bonaparte, an ornithologist, and a nephew of Emperor Napoleon Bonaparte. Australians also call this bird by simpler and various names: Purple-crowned Parrot, Grey Parrot or Hookbill. When someone in Australia or New Zealand refers, however, to a Pileated Parrot or a Red-Crowned Parrot, they usually are referring to two other kinds of birds -- not this kind.

The Red-Capped Parrot's favorite food is Marri seeds, but a second preference are the extracted seeds from Karri. These birds will also forage for insects in their habitat and will eat common fruits such as apples, pears and woody pear.

Photographing vs Painting this Bird

Red-Capped Parrots are the delight of photographers. The crimson head contrasts beautifully with the green-yellow cheeks. The long tail is green with a dark blue tip. The underparts of the bird are a purplish color. Trying to put all of this into an oil painting or an acrylic or watercolor painting can be quite frustrating -- at least it was for me. Unless you are quite skilled, it looks like you're making it up. Only nature can put such colors together believably.

Red-Capped Parrots are well-known for their gaudy plumage. Truly, if you or I were to wear an outfit with all the colors of the Red-Cap, we might garner many stares from passers-by. But the Red-Cap manages to wear half a dozen contrasts, plus some varying shades, and come out looking gorgeous.

This Parrot has Excellent Dexterity

The Red-Capped Parrot does have all the practical and amazing features of other parrots, too. The characteristic parrot bill consists of a hooked upper mandible which fits concisely over a smaller lower mandible. The upper half is attached to the skull by a special little hinge thus providing good leverage. A parrot's bill can be used for eating daintily or applying power to crush hard seeds. Some parrots' bills can open very hard nuts due to the hardness and strength of their bills.

Parrots have unusual feet. These, too, are built just right for the parrots' challenges in life. I cannot explain it better than the author of the parrot section in my grand book, Firefly Encyclopedia of Birds: "The two outer toes point backwards and grip in opposition to the two forward-pointing inner toes. This arrangement (zygodactyly) not only provides parrots with an extremely powerful grasp, but also enables them to use their feet like hands for holding and manipulating objects close to the bill. In terms of manual dexterity, parrots are unsurpassed by any other group of birds." (p.299)

Like their friends and neighbors, the Galah Parrots of Australia, Red-Capped Parrots like to congregate and forage in flocks. They are very social birds. And even though a Red-Capped Parrot wears so many colors, he blends right in to the foliage of Australia, camouflaged very well within its bright and many-hued landscapes.

Red-Capped Parrots nest in hollows of trees. In August, pairs of these parrots go looking at and inspecting hollows. An average-sized clutch is five eggs. The young birds leave the nest at approximately 23 days.

Red-capped Parrots, especially the younger parrots, damage apples between January and June in the south-west area of Australia. Less than 5% of a crop is the average amount of damage per year -- and this is considered low -- but occasionally damage has been severe.

The Agriculture and Related Resources Protection Act 1976, which is administered by the Western Australian Department of Agriculture and Food has officially labeled these birds 'declared pests of agriculture'. This label allows a 'management program' to be implemented. The beautiful little Red-Capped Parrots may be shot on private land during Open Season. If it is not Open Season when one is sighted, then a damage license must be obtained through the Department of Conservation so that it is legal to shoot these little birds into oblivion. This way, the pears and the apples and Protea's 95-per-cent-good crops will increase to 100 per cent -- theoretically -- thereby enriching the farmers and that is, after all, what is most important. Right?

The Female and the Juvenile Red-Cap look Similar. No red caps.

Sources for this Hub 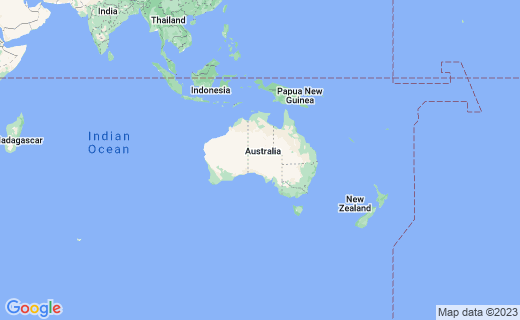