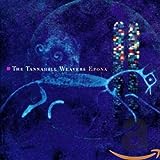 How many of us have prayed for our horse's well-being or our own when our horse is being difficult? I have. Most horse people I know have. But who are we praying to?

There are many deities over the centuries that have been associated with horses. Selene and Eos, the Greek goddesses of the moon and the dawn, were both drawn across the sky by a team of horses, as was their brother, Helios, the sun god. Depicted with long manes flowing and sparks spraying from the chariot's wheels, their golden or silver steeds played an important part in their myths. Gods and goddesses who are closely associated with horses can be found around the world.

But there is only one wide-spread horse goddess: Epona. She began as a Celtic goddess. Her destiny was to be worshiped throughout the Roman Empire. In Gaul, her name means "Mare." As protector of all equines, she was adopted by the Roman calvary. They erected shrines to Epona in their stables across Europe and the Middle East. Even the Roman emperor had a shrine to Epona in his magnificent abode.

Shrines to Epona could be as simple as a painting on the wall or could include an altar where roses were placed. References to her were found in plays and literature. One of my favorites is in The Golden Ass.

Apuleius, a Berber from Madaurus, was an initiate of Isis and a priest of Aesculapius who wrote The Golden Ass, or Metamorphoses around 155 CE. It is both risqué and a comedic quest for spiritual enlightenment. Lucius, the hero, is transformed into an ass via magic. He cannot become human again unless he eats roses, which he finds in a stable:

[3.27] These thoughts were interrupted by my catching sight of a statue of the goddess Epona seated in a small shrine centrally placed, where a pillar supported the roof-beams in the middle of a stable. The statue had been devotedly garlanded with freshly picked roses. So in an ecstasy of hope on identifying this assurance of salvation, I stretched out my forelegs and with all the strength I could muster, I rose energetically on my hind legs, but luck was not on my side. My slave, who had the job of looking after the horse, suddenly saw what I was doing and jumped up indignantly. "How long, for God's sake," he shouted, "are we going to put up with this miserable brute? First it was the other animal's' food, now it's the very images of the gods that he's after."

My mind's image of this short donkey thwarted in his quest for the roses always makes me laugh. Is not the run for the roses the ultimate quest for most equestrians, in their hearts if not in actuality? Dreams are built on the magical feel of equine muscles flowing beneath us, our hair streaming behind us, their power causing our spirits to soar. No wonder these magnificent friends have a goddess of their own. After all, don't we worship them in shrines we've built in our own backyards, even if we haven't given that worship the name of a specific goddess? 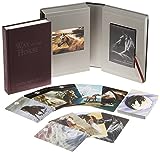 Way of the Horse: Equine Archetypes for Self-Discovery  A Book of Exploration and 40 Cards
"To produce a singular work -- like no other in equine literature -- is what Linda and Kim have done with Way of the Horse. This archetypal exploration of the wisdom that horses offer us is totally intriguing." -- Robert Vavra, author and photographer
Buy Now