The Adventures of Dixie and The Mitt..

Dixie was born out in the country on a farm one cold March day.  She snuggled with her Mama until she grew big enough to go to her new home.

She came to her new home on Mother’s Day and her adventure began!  She walked around the house on those little paws, until she got tired of exploring, and wanted to find a place to sleep. Her new human “Mama” put her in a litter box, and she used it like a big kitty. Then it was time for bed… meow, meow, meow… quiet for a minute…. Meow, meow, meow….. quiet again for a little bit… Meow, meow, meow… all night long! How could one little six week old kitten stay awake like that ALL night!

After a night of not much sleep for anyone, her human Mama was sitting in a chair when all of a sudden, JUMP!!! She jumped up on her Mama’s lap and snuggled up on her chest and started to purr softly. “Hmmm”, said her human “mama”… “Someone has kitten chow breath, and it’s not me”… as little baby Dixie softly breathed against her new Mama’s cheek.

We had her for about a year then received a phone call from our son. “MOM, we found a small cat that someone has abandoned… she is meowing outside of our door so we gave her something to eat….” “Mom? Do you think Dixie needs a little sister?” Oh boy… we weren’t quite sure what to think about that! Until we saw little Misty (I named her “Misty Blue” because she was abandoned in the springtime and the weather that spring had been atrocious) and fell in love with her. Rainy, cloudy, gloomy, “misty”… alone in the world.… so Misty Blue it was. We just didn’t understand how someone could just put a cat outdoors and abandon him or her. But then, she was found on the campus of the University our sons were attending at that time.  We figured that the school year had ended and someone went back home, or to an apartment for the summer and couldn’t bring her along.

She was cold, wet, and VERY hungry. Both physically hungry and emotionally hungry for some love and acceptance so she could grow to understand that humans are not all bad, and can be very loving and take excellent care of a beloved little cat. We took her to the vet and found out that she, too, was about a year old, just like Dixie! Only she IS a bit smaller either because that is just her genetic makeup or due to her lack of food for a while, we weren’t sure what caused it. But, to this day, she is just a little bit smaller than Dixie.

Now the FUN began! We brought her home… HISS!!! HISS!!!! HISS!!!! A very VOCAL Dixie let us know in NO uncertain terms that this little one was NOT welcome in our home. I had never heard Dixie hiss before, so that was a new experience! I had talked to our veterinarian and found out that the two cats that are the HARDEST to bring together and get them to get along are two female cats.  She told us that had they both been raised from very young in the same home, it would have been easier, OR, if one had been a male. A male/female combination is much easier to put together in harmony. Great. What HAD we gotten ourselves into?!

After several sleepless nights, because of trying to solve the hissing and not getting along problem, we had put Misty in our room at night with us.  Poor Dixie was lonely and wanted Mama, not this new little intruder! So, we were back to “MEOW, MEOW, MEOW” all night long. It was a very difficult road for about four months, and I have to admit, there was one point where we almost brought Misty to a shelter and almost dropped her off there. I put her in her carrier one morning after another sleepless night… and took her to the shelter and told the lady that our two cats simply could not get along, so we had to bring Misty there. I could not fathom these TEARS running down my face as I was talking to her. She told me, dear, just please bring her back home with you… and give her one more week. If things are not improved in a week, then bring her back to us. What a wonderfully wise and understanding soul this worker was at the animal shelter! I’m so THANKFUL I took that advice and brought Misty back home.

We had read all we could find about getting two female cats together and having them get along and one day actually enjoy being with each other. Unfortunately, everything we found was somewhat discouraging and grim!

One thing that really helped us was that all along, we had let the two cats “play” underneath the door; I called their game “sassy paws.” By letting them hit at each other’s paws, they became familiar with each other’s scent. I honestly believe that letting them play together (even though it was QUITE a sassy little game they were playing!) was the key to them FINALLY getting to know one another and eventually getting to LOVE one another. Another great thing to do is to take something that has the cats scent on it (a blanket or toy they like to play with) and introduce it to the other cat (while they are still separated), this will also allow them to explore each other’s scent, since that is what cat’s use to determine if a situation is “safe” or not.

Now, I’m not saying that they ALWAYS get along now, but they certainly seem to have learned how to play with one another, even though at times (usually at night around bedtime) they might become just a little rough. But they DO seem to know each other well, now. And Misty and Dixie both realize that Mama and Daddy love them both equally. AND, whenever Dixie gets a kitty treat, Misty will most certainly receive one, too. I can assure you that we turned this skinny little kitty into a healthy adult kitty … with a tiny bit of a “treat belly” on her! And Dixie, well, let’s just say that Dixie’s had her treat belly for a while now!

Are they spoiled? No, just well-loved. So, if you are in the situation of trying to bring two female cats into the same home and hope that they will get along, please be patient and know that it certainly CAN take up to four months, or possibly longer, for them to truly get used to one another and not feel that territorial “this cat is a threat” feeling that they surely will have in the beginning. Be patient, please, for once they do get along… it is a beautiful thing, as you can see from my picture of Misty kissing Dixie on the top of her head! She STILL will do that from time to time, then sometimes it turns into good natured “fighting.” It’s more play fighting than anything and reminds me of when our boys were little. They could be best of friends one minute, enemies the next, and friends again the next. Cats can behave in a similar way!

Now when they are first introduced to one another, please separate them for their own safety if they are rough with one another. In the beginning it truly may NOT be playing but trying to hurt one another. So, keep them safe, allow them to “sniff” and get to know one another, and be patient. You just may have the beginnings of a beautiful friendship!

One last thing you can try is the octagon shaped cat pen that we used to carry these two cats when we moved across the country. Unfortunately, we didn’t have those at the time, so they played “sassy paws” underneath the door instead, but I think something like those carriers might have been helpful in getting the two girls together.

Once they are getting along and have established a routine in your home, they will be sweet friends and a source of never ending entertainment and JOY to you! 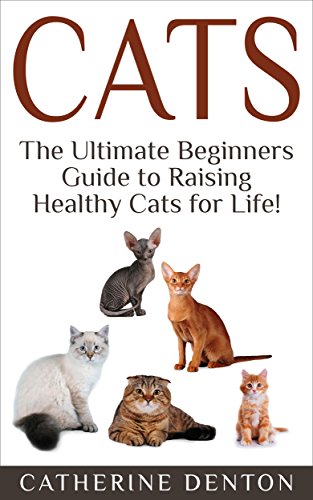