History of the Honey Bee and Their Association with Man

In this article I look at the history of the honeybee and how man has had a valuable relationship with them that stretches back at least as far as man has kept records.They transcend every religion.

Historic records far predate Christianity. For instance in the book of Job, probably the oldest of the sacred scriptures contains a reference to honey. The Pentateuch, the Chronicles of the Israelites, the Psalms,the works of Solomon, and nearly all the latter books of the old Testament speak of this industrious insect and its products. Throughout the ancient world the virtues of the Honey bee was celebrated, and the habits of the bee.

Records also show that the ancient Egyptians were aware of the domestic economy of the hive, for they took the figure of the insect to symbolize a people governed by a sovereign and this so far back as the 12th dynasty, or 2080-1920 BC.

There is a strong argument to suppose that humans had domesticated bees in a more distant period than the last example.The ancient language Sanskrit has 'ma' meaning honey, 'madhupa' meaning honey drinker and 'Madhukara' meaning honey maker. The Chinese 'mih' or 'mat' signifies honey. The Latin 'mel' and the French 'miel' also mean honey and they are of course the offspring of the Greek, thus the bee was impressed on the minds of men throughout the globe.

In the Teutonic languages, Biene, bee etc are connected with by- a term met with in the names of many English villages and towns and signifies a dwelling. 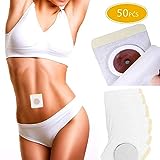 Drawn to the lure of honey

It was not such much the sweet liquid , procured and stored by the bees that attracted the attention of man, but rather, the beauty of the way the bees fashioned their combs. Although it can not be confirmed with any certainty it is probable that domesticated bees in the remotest part of our history. It does seem a probability that races before the 'historic period' had learned to make use of this industrious insect and its produce. They saw the wisdom of turning to the nectar gathering habits of the bee.

17 centuries before the birth of Christ, Jaiob told his sons to take honey among their presents which they were taking to the Lord of Egypt. In the Scriptures, the land of Canaan was described by God to Moses as being " A land of milk and honey", It is reasonable then to conclude that if domesticated animals provided the milk then 'domesticated' bees provided the honey! However, it may be that man did not utilise hives in the 16th century BC and Ps 1xxx1,16 seems to confirm this-" with honey out of the rock should have satisfied thee" indicating that bees were in their natural haunts.

The numerous references to honey in the early scriptures make it a high probability that honey was in common use and was obtainable for those who wished to procure it.

As regards to ancient literature.

As regards to ancient literature on the honey bee it is, as far as it is known, to Aristotle that we must turn and to his work the " History of Animals" written about 330 AD. However, nearer to the Christian era, it was Pliny the Elder that taught the people of his time {and later scholars} to the worker bees, and in his writings devotes a considerable time to the description of the bee.

Nearly a century early Virgil, the poet of rural life wrote a charming book, his fourth Georgic, on the subject of these winged insects. The orator, Cicero makes frequent reference to the bee in his Treatice on old age, and other classical writers allude to the bee frequently. Many of the works abounded in errors, although they did show more knowledge than much earlier authors had managed to acquire.

Moving on to a more recent period in our history we move to the times of William Shakespeare. ' he spake of beasts and of fowl and of creeping things and of fishes' The bard in his play Henry V act1,scene 2; states-

The state of man in divers functions;

To which is fixed, as an aim or butt;

Obedience; for so work the honeybees;

The act of order to a peopled kingdom.

They have a king and officers of sorts;

Which pillage, they, with merry march, bring home

To the tent-royal of their emperor;

Who, busied in his majesty, surveys

The civil citizens kneading up the honey;

The poor mechanic-porters crowded in

Their heavy burdens at his narrow gate;

The sad-eyed justice, with his surly hum

Abbot and many writers in the British Bee journal then added largely to apiarian knowledge; The Rev.L.L. Langshoth of Ohio made a well earned reputation for his researches and his practical instruction with regard to apiculture, It could be said that he supplied one of the bridges between the previous writers on the subject and modern day apiculturalists, along with people such as Dr.Dzierzon of Carlsmarkt, in Silesia and Baron Von Berlepsch of Coburg Bavaria who also stood at the very head of authorities on all that relate to bee keeping.

Bees wax being 'capped off'

Today honey bees are threatened as never before, by insecticides, viruses and other diseases.

On my website there is an article 'Honeybees and diseases' which covers the European Foul Brood, and the American Foul Brood, both of which are serious diseases capable of wiping out honeybee colonies.

My hub, The Plight of Bees , A threat to world food, there is ongoing updates about the collapse of modern day domestic bee colonies and the suspected reasons. We have the thank Apis mellifera {western honeybee} for one in every three mouthfuls of food that we eat today. They are in serious decline, and has the worlds governments seeking an answer, which will stop the decline. Visit the hub to keep up to date with the plight of the bees

Modern day beekeepers face many trials as the bee population id in decline. 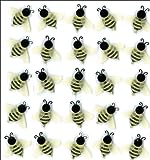