Hawaii's beautiful and rich ecosystem includes some of the most colorful and beautiful marine life the world has to offer. The miles of untouched reef produces life that can be found nowhere else in the world including a large list of fish indigenous to Hawaiian waters.

This article provides a list of the reef life that can only be found in Hawaii as well as in-depth descriptions of Hawaii's most common marine life.

Because Hawaii is not extremely developed on land, the ocean remains untouched in some areas. Due to the islands' shapes after years of uplift and erosion, it is common to see reef that survives very close to shore.

In the photo above, you can see the coral as it sits right up against the shoreline. Shallow reef fish and over 200 species of coral can be found in Hawaiian waters.

Below is a table of the most common species found in Hawaiian reef.

The Hawaiian legend of Puniakaia and Uhumaka`ika`i is a story about a boy who catches a small, female uhu and raises it until it is very large, old and wise. When he releases it with his mother, the boy claims it to be the mother of the sea.

Uhu swim in pairs or alone. When they see another parrotfish, they swim alongside it. Hawaiians use a unique fishing method to catch this delicious fish. They put a fake uhu in their net and drag it through the water. Another uhu usually joins the made-made uhu and that is how they catch this colorful fish.

Hawaiian eels are mostly made up of morays. The zebra moray eel is probably the most well-known in Hawaii as it is a common species found only in Hawaiian reef. Hawaiian waters are also home to snowflake eels and green moray eels. 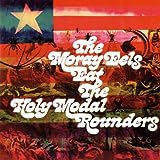 Sea urchins are very common in Hawaii. The locals call them "wana" (pronounced "vah-nah") and try to avoid stepping on them. Sea urchins rest on coral and in the crevasses of rocks. While it is more common to see black wana, the slate pencil wana is indigenous to Hawaii and are much more beautiful.

When the wana dies, it leaves behind its spines, which turn a beautiful lavender color. When the spines touch each other, they make a pleasant chime. Handy locals collect them to make wind chimes.