Joanne Kristin has diplomas in Journalism and Arts and Science from Fanshawe College in Canada.

I grew up with cats. My dad never let my brother and I get a dog. I'm still not really sure why. It could be that dogs were too much work or maybe cats were more detached, or maybe he just prefer cats. This reason was the very reason I feared dogs for half my life. When I was 22 years old, I was still living with my parents. I hadn't gone to college yet, I was young and dumb and had a bad boyfriend, I had been with for the last 3 years. Well, every year, my parents would go to Florida for the month of February, which happens to be the month of my birthday. It was never a bad thing. I had the house to myself, threw parties, lived it up. It was always a good time. Anyway, this particular year, my boyfriend at the time, took me to this house, and told me to wait in the car. Some time later he returned, with a 6 month old pup. A big pup. The first thing that came out of my mouth was, "that is the ugliest dog I have ever seen. Take it back, what are you doing with it?" He responded by telling me she was my birthday present. Now, knowing my ex, it was probably him that wanted the dog, as he knew my feelings about them, but that didn't stop him from doing what he wanted. I spent a good while, arguing with him about how my dad would never let me keep it, and how I didn't want it anyway, only to end up, 'trying it out for a week'. Well, of course I fell in love with her. She was a Dobermine/Shepherd cross, and smart as a whip. So when it came time for my parents to return, the drawing board came out, and we came up with a plan, that would convince my dad into letting us keep her. I was leaving for college in the fall, so I just had to talk him into letting her stay until then. I was certain I could do that. So I pulled out one of my brother's old Bruins sweaters, since my dad was a huge fan, and altered it to fit the dog, 'Lexus'. That was her name when we got her. I also spent time training the dog to stay away from my dad, which backfired later. Anyway, when my parents returned, my dad's immediate reaction, was the obvious, to get rid of her. It wasn't until, Lexus hated him, barked at him, and refused to go near him, due to my clever-at-the-time training. In the end, I got my way, and off to college I went with my year old pup, Lexy. 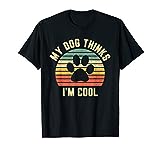 So in December of 2014, Lexy developed a bump on her paw. We didn't think much of it at the time, but by the beginning of January, she opened it up, and in fear of it getting infected, we took her to the vet. At this time, Lexy was 13 years old, which is quite old for an 80 pound dog, as their life expectancy is about 12. So after receiving the news from the vet, I was devastated. The vet said Lexy had bone cancer, and I needed to put her down immediately. Lex had become my child. We had been through what seemed like everything together; friends, and boyfriends, late night study sessions, walks and parks, jobs, new beginnings and endings, heartache. I didn't want to lose her. I told the vet, I was taking her home for the weekend, and I would decide what to do at the end of it. Well, that weekend came and went, and I decided I was going to fight this my own way, no matter what. The vet said, the paw couldn't be amputated, for a number of reasons: the tumor was too big, and Lexy was too old, and even if they could, the cancer could still spread, or she could die on the table. I felt like I was listening to Charlie Brown's teacher. So what I decided to do was attempt to fight it naturally. I got on the Internet and I researched ever single thing I could about dog tumors and how to get rid of them, and I came up with a plan. Everybody thought I was crazy. They thought I was holding on to a lost cause. But the great thing about hope is, it belongs to you, and nobody can take it away from you. You decide when that happens.

I'm going to show you with pictures that are very graphic and disgusting, and I'm going to tell you what I did, in hopes that maybe someone who is reading this can save their dog's life. This is what I did. If you choose to try any of it on your own dog, it is at your own risk. I am not responsible for the safety of your dog.

So I concocted a recipe in the hope that it would heal her open tumor. Unfortunately, it got worse, before it got better. There were many days I wanted to quit and put her down, for fear I was making her suffer. She was in a lot of pain, and sometimes I felt I was doing it for my own selfish reasons. It started as a little bump, but by mid January it had looked like this...

At this point, I was already 2 weeks in to my fancy remedy, and wrapping her paw twice daily. I still decided to keep going, despite the fact that it was getting bigger.
This is what I did.
In a bowl:

First I soaked my dogs paw in epsom salts for 15 minutes. (it wasn't easy). Next, I applied it to the tumor and wrapped her paw tightly.

Turmeric is a blood thinner, so you need to be careful with it. It is also hard to absorb into the system, so the black pepper and coconut oil assist with that. Coconut oil is also very good for the skin. I also added all of this to her food twice daily. 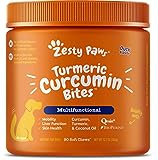 This is how bad it got. She was in so much pain, but such a tough cookie. My dad built a ramp for her to go down the deck and pee. I had to wrap her food with a zip lock bag and a sock, so it wouldn't get wet, every time she went out. Just when I was about time give up this started happening....it was healing...

Throughout February it shrunk more and more...

And it was fantastic! By mid-March, this is what it looked like....

And by the beginning of April, it was almost gone.... 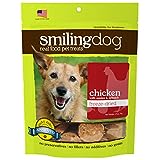 Unfortunately, Lexy passed away in January of 2017, due to old age, over 2 years after the vet told me to put her down. She would have been 16 in August. So next time you're told, there's nothing to be done, time is over, there's nothing more you can do, go with your own gut. They could very well be wrong. She had 3 tough months, that gave her 2 full extra years. Nobody has the right to take away your hope. Only you can do that.

Interesting Herbal Remedies For Your Dog. It doesn't hurt to try something different! 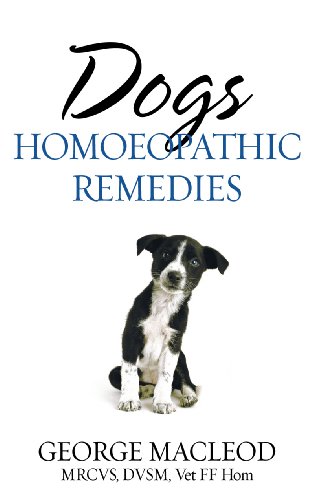