The Hooded crow belongs to the Passeriformes {perching birds} order of birds and the family, Corvidae. It has been allocated the scientific name of Corvus cornix from Corvus meaning a Raven and cornix a crow.

Here we look at the species ,its lifestyle and breeding habits. There are historical notes from past ornithologists and other eminent writers. As always we start with a description of the subject under review.

Hooded crows are typical of the Corvidae

Description of the Hooded Crow.

The bill of this species is pointed and strong, nearly two inches { 5 cm } in length and of a shining black colour. The lower half is covered with stiff projecting feathers which cover the nostrils. The head,cheeks,throat and neck are shining bluish-black as are the wings, tail and thigh feathers. The nape of the neck, back,rump and all under surfaces of the body are a slaty grey,the shafts of the feathers being darker.

The legs,toes and claws, which are stout and strong, are all shining black. In relation to the body size the wings are medium long, the tail medium length, the neck short,the bill medium and the legs short.

The flight of the hooded crow is rather heavy. It walks and sidles with ungainly hops.

Diet of the hooded crow

The Hooded crow is far from being a dainty eater, and like the closely related Carrion Crow there is little difference in the diet of the two species. When vegetable matter is taken as food it is because animal matter is not available to them.Thus vegetable matter is a last resort. Cockles, mussels,small crustaceans, dead fish, small mammals and birds,especially when wounded or dying are among its favourite morsels.

In days gone by it caused consternation among poulterers, so much so that in 1835 the different local authorities in Shetland and Orkney, paid two pence for each crow killed in their districts. Game keepers also trapped great numbers of them during the breeding season.

Worms and grain supplement their diet and in winter months maize will be sought by the birds when it is thrown down by gamekeepers for their pheasants.. These crows also feed on the eggs and nestlings of other birds when the opportunity arises. They have been observed carrying shell fish high into the air, before dropping them on the rocks below to gain access to the tasty morsels within.

This bird has been referred to by many names depending on the locality.These include Hoody,Dun crow, Grey crow,Royston's crow and Grey back. The scientific name, too, has undergone change it was formerly known as Corvus cinerea.

It is partially a migratory species including here in the UK where it is only seen in the southern counties as a passage bird during the winter and spring. Many Scandinavian birds swell the numbers during the winter months. This bird exhibits a considerable resemblance to the Carrion Crow,in many of its habits, but it confines itself more strictly to the sea shore or the banks of tidal rivers and in the uplands of the north of the UK,especially Scotland,it is also widespread in Ireland.

They are very wary birds and when several of these occur together it may be observed that a couple of them will be perched in eminent places acting as look outs,who quickly call an alarm note if any danger or intruder approaches. The late Henry Stevenson in his book the 'Birds of Norfolk' {East Anglia -England} relates that the Royston or Grey backed crow, as the species was also referred to,"Visits us in autumn in large numbers, arriving about the first week in October,though occasionally earlier,and leave again by the end of March or beginning of April. They frequent for the most part the Broads and marshes near the rivers,particularly the mouths of streams,and are extremely numerous on the sea coast, where they also gradually collect together towards the time of departure in spring. It is fortunate for Norfolk that the destructive species leaves us so regularly in the breeding season as no greater enemy to the Gamekeeper probably exists, neither the eggs or young birds, nor indeed, in some cases,old ones either,being safe from its prying eyes and carnivorous propensities. There are, however, one or two instances on record of it having remained to nest in this neighbourhood but not of late years"

Mr Stevenson also quotes the following from St John's 'Natural History and Sport in Moray' {Scotland}-" It kills newly born lambs, picking out their eyes and tongue while the poor creature is still alive" { This is very likely an exaggeration unless the young lambs were sick and close to death-Dal }. "It preys on young grouse, partridges, hares etc, and is very destructive to eggs of all sorts. In certain feeding spots in woods I have seen the remains of eggs of the most extraordinary variety and number. No sooner does a wild duck, pheasant or any kind of bird, than the Hooded crow is on the look out, and I have no doubt that a single pair often destroys many hundred eggs in the course of a season."

" All the birds seem to be aware of this Peewits, Gulls,Redshanks etc, attack most furiously any crow which they see hunting near their nests. The ' Hoody' is also very fond of young ducks and destroys them in great numbers. In the mountains it is bold enough to make prize of the eggs of the Eagle, Peregrine falcon and the Osprey, if the parent birds happen to be away from their nests"

During my research it seems that only Dixon {ornithologist} seems to have had a good word to say about this crow he states " I must confirm that , in spite of the dark tales of plunder and his questionable mode of getting a livelihood , the Hooded crow is a favourite bird of mine, and his habits and regular movements never fail to interest me"

As my research continued it seems there could be no redeeming point in the character of the bird. According to one eminent writer " He is the scourge hen wild and wen kept as a pet, not only useless, but dangerous,so long as he is alive" Lord Lilford {1800's} -" The habits of this bird are always abominable , and although, from the accident of not nesting in our county, we are exposed to the detriment from this thief to which those dwelling on the other side of the Teed are subject, we have no plea to urge defense of the Grey crow, and hold him as a sturdy vagrant to be summarily dealt with at all times and in all places. We should be sorry to exterminate any bird, but this one could be better spared than any other with which we are acquainted with".

Indeed the Romans gave it the name of Sinistra cornix -Unlucky omen crow. Until our relatively recent history it was not a time to be a hooded crow!

You Tube courtesy of Kiba Snowpaw 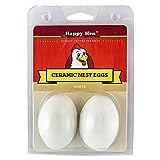 Nest and Eggs of the Hooded crow

The hooded either ,or in rocks and cliffs, and like other members of the Corvidae it commences nesting early in the season. The nest itself is constructed by using sticks, and straw. In urban areas many will incorporate all manner of man made objects such as wire and cloth into the structure, which is usually lined with wool and hair.

The eggs which number three to six are nearly two inches long. They have a light greenish ground colour, mottled all over with dark greenish brown. incubation which is undertaken by the female lasts for a period of between 18-20 days. The young birds fledge at a period of 28-30 days after hatching.