How Dogs Deal with Death

Dogs may grieve for days, weeks and even months

How Dogs Deal with the Loss of a Loved One

Unlike humans, dogs are better able to accept death. Because dogs live in the present, they do not tend to worry about the future and therefore, they do not worry about expecting themselves or somebody else to die one day. Because dogs live in the present, they also do not worry about the past, unless they are somehow stuck in there. This is something that occurs because the dog may have difficulty moving on.

In nature, when a pack leader dog dies, the remaining pack will mourn the loss. There may be some confusion temporarily, as there will be a lack of leader. However, very soon a new leader steps up and the pack moves on, back to normal life.

In a domestic setting, if a dog loses an owner, they may be very lethargic the first days, they may even refuse food but eventually, they should be able to move on. Trouble arises when they lack direction because no other person replaces the now deceased owner. This lack of rules, direction or better guidance, creates instability in the dog which feels confused and withdraws from life.

Many times dogs that are believed to mourn their owners or even die from sorrow, are really mourning the fact that they have nobody else to count on. Things seem to be further complicated if the dog has no proof of death and therefore cannot reconcile the happenings.

Indeed, it is important for dogs to see and smell the deceased. Dogs are able to recognize death and accept it. Many times dogs have been able to also demonstrate the spiritual ability to tell if a person is about to die many days or hours in advance.

If an owner is therefore sent to a nursing home or to a hospital to die, the dog may be restless for the following days. They may be looking for the owner and this creates frustration. They basically cannot get a grasp on what happened.

My mother always tells me the story of how my uncle's dog decided to pass to better life once my uncle left.

''It was the early 1950s and there was a strong desire among Italians at that time to accomplish the American dream. My uncle, was one of them. He was young, full of energy and with a great desire to work. Work in Italy was scarce back then, so he was tempted as many others to give America a try.

He had a great dog which loved to follow him everywhere he went and he also was very obedient. He could tie some shopping lists or items such as keys to his collar and tell him to ''go to town'', and he would run and get his little missions accomplished. Later he was back to follow him in the yard for some leisurely strolls and a belly scratch. He had a mission in his life and indeed he was very happy and fulfilled.

Then my uncle grew aware of the fact that the large Ronzoni pasta company based in New York was hiring many workers. He decided it was time to try his fortune. He got his suitcase ready, booked a long cruise on a ship and was ready to leave. His dog already knew something was going on. He was following him from one room to another. He never saw my uncle carry a luggage and get into a car.

His instinct told him to follow... And he did... He followed the car running and panting as he never did before. My uncle was telling him to ''go back home'' but he could not listen to him as his desire to be close to him was very intense. He did not even know what ''going back home'' meant because he did not understand why he was being sent away. All he knew was that he was supposed to follow...

He followed the car barking until the end of town.Then exhausted he lay down on the ground whining and waiting there for a long time.

My grandma at that point decided to take over his care. My uncle knew his dog was going to be in good hands. Yet, even with all her love and dedication he decided that day that he would not eat until my uncle was back. His life did not make sense anymore. He no longer had any missions to accomplish.

My grandma on the other hand didn't know what to do. She tried everything, chicken, pasta, milk, or any other food that was commonly fed to dogs back then. He got skinnier by the day and was always sleeping more and more. His only hope was for his owner to come back. Then, a few days later he passed on to better life, sleeping next to my uncle's sweater. He died thinking of his owner and died hoping for his return...

Even though my uncle did not die, this story is just to point out how dogs may react when a leader is gone without explanation. It is highly recommended therefore, that if the owners passes on to better life, that the dogs smell death so they can accept it and have the chance to move on.

As terrible as the death of a person can be, people often forget about the dog. The whole family is grieving and all forces are concentrated on thinking of the loss. While these feelings are considered quite normal, after a while, the dog starts questioning what will happen to his life.

Ideally, another person should put the weakness of mourning aside and start providing guidance for the dog. The dog should be walked, given orders, work and continue to live as he was living with the previous owner. The routine should be kept the same in order to allow the dog to feel better again.

As difficult as this may be, ultimately, this can be therapeutic for the new leader as well. Both new owner and dog should walk together and move on from the loss. If this is not possible, because the grief is too strong the dog should be given the opportunity of being left to somebody that can provide stronger leadership. 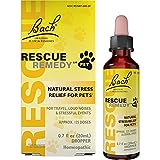