How I Used Equine Aromatherapy to Calm an Anxious Mule

Now he is calmer and stands tied nicely!

Rojo Was Very Anxious When I First Got Him

When I first got my mule, Rojo, he was very anxious. He had been left completely untouched in a field with a dozen much bigger mules for four years. The man I got him from said he had not handled him or ridden him at all. Rojo was hard to catch, couldn't be left tied for even a few moments on a short rope, wouldn't hold still for grooming and absolutely would not let the top of his head be touched except to have his bridle put on.

He had very specific, over reactive responses to certain things. For example, when he saw that I was about to put a bridle on him, he pushed his head forward anxiously to receive it. If I touched one of his legs, he quickly yanked his foot off the ground and held it up unnaturally high to be examined. It was easy to see that he had been aggressively trained at some point and feared punishment if he did not do these things.

An old fashioned mule-skinner technique for training included hitting a mule over the head with a 2x4 as a standard part of training. I feel sure, and my farrier agrees, that this sort of treatment is probably what lies behind Rojo's fear of having the top of his head touched. At any rate, he is an anxious mule, and I had to take steps to calm him.

I wanted Rojo to choose to Join-Up with me!

For more about Monty Roberts, you may enjoy...

We Spent A Couple Of Months On Trust Work

I started out doing what I know. He had a halter on when I got him, and I just left it on him so that he would be a little easier to catch. Every day at feeding time, I sat in a chair with his feed dish in my lap and waited for him to come to me. He was very leery of this at first. He was suspicious generally of being handed a treat or offered anything. I just sat and sang Flop Eared Mule until he made his way over to get his feed. Once he was settled in, I very slowly took hold of his halter and attached a lead rope. The first few times, he resisted this and I had to hold on tight to keep him from getting away. I stayed seated and waited until he was completely finished eating before standing, tying him and commencing with his grooming.

At first, he was very anxious about grooming and would pace back and forth as far as his rope would let him. When I went to clean his feet, he'd yank them up off the ground as fast and as high as he could giving the impression that he planned to kick, but he didn't. He just wanted to make it clear that he was cooperating as quickly as possible, presumably so I wouldn't punish him. He would let me wipe his face with a cloth, but he would not let me comb his forelock (hair on top of his head).Overall, he was extremely anxious the entire time I was grooming him and very worked up by the time I was finished. Since grooming precedes saddling and riding, this is not a good thing! 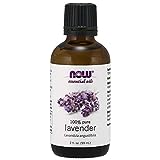 Now Essential Oils, Lavender Oil, 2 Fl. Oz (Pack of 1)
Lavender oil is a very calming oil for anyone. I use 6-12 drops mixed with about a tsp of coconut or peanut oil in the palm of my hand.
Buy Now

I Learned About Aromatherapy For Equines

I knew I needed to learn more about helping him calm down, so I Googled information about calming anxious equines and came up with aromatherapy. There are a few websites that deal with this, and I found this very good video about using aromatherapy. This company offers a special blend of essential oils that is prepared for use with equines, but it is quite pricey. I looked up a variety of recipes and planned to buy all the individual ingredients myself to make a blend, but I also happened to have a bottle of lavender oil on hand. I thought I'd try just using lavender and see how that worked.

The day after finding this video, I took my lavender and a tub of coconut oil along with me when I went to feed and groom Rojo. I let him smell the bottle of oil, and as he did whenever confronted with anything unusual, he snorted and backed away. I put about half a teaspoon of coconut oil in the palm of my hand and added about a dozen drops of lavender oil and carefully began rubbing it over his nostrils. At first he was very alarmed by this and jerked his head up, but in a few moments he began to calm down. I rubbed the corners of his mouth, his cheeks, the TMJ joint, the area above his eyes and finally around his ears and the top of his head.

He allowed all of this; however, he does not want the oil rubbed deeply into his nostrils as you‘ll see in the video. Additionally, in one video I watched, the presenter recommended massaging the inside of the horse/mule's mouth. I did not try this with Rojo, and I don't think he would allow it. At any rate, I didn't find it necessary. Just massaging around his nostrils, mouth and over his face and head seems to be plenty to help him calm down.

I practiced aromatherapy with Rojo every day for a couple of weeks, and he gradually came to view his grooming time as a relaxing time. I am now able to groom him all over and comb his forelock without using lavender oil. I do use it before a ride, though. Rojo still yanks his feet up to be cleaned, but I just talk quietly and tell him to relax and he lowers them a little so that it is easier for me to see them and work on them. I'm sure he will eventually learn that it's alright just to lift them gently rather than yanking them up as high as possible. 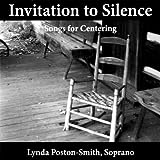 Be Still and Know (5 minutes of Silence)
This is another calming favorite that I sing in a very simplified version.
Buy Now

Songs I Sang For My Mule

It's also important to note that I sing Flop Eared Mule to Rojo almost continuously while grooming him. It is now established as his calming song, and he is able to move from anxiety to calm almost on cue when he hears it. When I had his hooves trimmed recently, I did aromatherapy with him while his buddy, Ray had his hooves trimmed right next to him. That way Rojo could see what was happening and understood that the farrier wasn't going to hurt him. Nonetheless, he did get anxious and reared up a little when the farrier was working on his front hooves. I rubbed his face and sang Flop Eared Mule to him, and he calmed right down and let the farrier finish. Recently I've added a few new songs to my repertoire that I sing while riding. This is good therapy both of us!

You Can Teach An Old Mule New Tricks

My farrier is also a horse trainer. He helped me evaluate Rojo when I was thinking of buying him. He was of the opinion that Rojo would be very set in his ways and would only be able to be ridden in the way he had been trained (which we all assumed was with a standard western saddle). I didn't believe this, though. I think that given time, patience and baby steps, any being can learn new ways. My experience with Rojo so far has proven this to be true. I ride him with an English saddle and have also ridden him with a bareback pad.

Rojo has learned to stand tied quietly and is able to be tied out to graze on a medium length rope now. Additionally, he has become confident enough that he occasionally asserts himself by wanting to stay out to graze! I am glad he's not afraid to let me know what he wants; however, I do need him to come along when it's time to go, so I got him the halter you see at right. It applies light pressure to the top of the head when he balks, and the pressure is released as soon as he comes along. This is a good, no-conflict training tool that allows him to make adjustments for his own comfort.

Rojo is a mature mule, between 15 and 20, and he has apparently had a lifetime of anxiety when it comes to performing for people. My goal is to give him the care and interaction he needs to enjoy a positive, successful, happy rest of his life.