How We Got A Bird Out Of Our Wood Stove Chimney 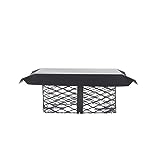 Last spring, our second one living out in the country, we heard something fluttering about in the chimney. From the second floor outside my bathroom door where the chimney runs up to the roof I heard it. Because there was no chirping, just scratching, knocking and fluttering, I assumed it was a bat, but that's subject for another hub.

I came downstairs to the main level and walked past the wood stove hearing the cafuffle again. Not knowing much about physics, I assumed this little creature was fluttering up and down the chimney trying to fly vertically out the top. I did what any wife would do, called my husband and told him there's something in the chimney and to please get it out. He looked at me aghast and said that would involve dismantling chimney and once you do that "these things never seal again...what about carbon monoxide..." and waffled on trying to disuade me with logistics.

I was not to be put off. I went upstairs again and heard it this fluttering thinking it could hear me go to each level and was following me up and down to plead its case for release. My husband logically and patronizingly said that basic physics states that sound travels further and better through anything heavier than air so the density of the chimney caused the fluttering to echo up through it. whatever is in there, he added likely could not fly vertically. He surmised that eventually it would die in there and we'd clean it out in the fall. I was mortified at something dying anywhere, nevermind in my chimney, if I could help it.

As our wood stove has a glass door, we guessed that it was probably attracted by the light. On the morning of day 3 I couldn't stand it any more. I opened the glass door and looked up into the stove seeing only narrow vents through which I was convinced not even a mouse would fit. Closing the door I got a dark coloured towel to cover it blocking the light hoping that would cease to attract our trapped friend and went through the den to make breakfast in the adjoining kitchen. I then heard a small thud and scratching in the cold ashes on the floor of the stove. I immediately ran to get a flashlight, lifted the towel, shone the light into the stove to see a little bird so black as it was covered in soot about the size and shape of a sparrow. The air flow from the opening of the stove door must've enticed it to fight its way through those tiny vents in search of an escape route.

Squealing, I called out to my husband, "Oh look Honey, it's a little birdie, poor thing. Go get a bag so we can catch it and let it out!". Now it was his turn be mortified. He thought he was going to get off without having to get involved in this process. NOT. I went to find a large garbage bag, but found it did not fit over the door of the stove. Having just moved to Canada from Spain we had a trunk full of linens which did not fit our Canadian beds To my surprise the opening of the single bed duvet cover was too small to fit over the stove door. There was much toing and froing up and down the stairs to the linen trunk until finally the double duvet cover's opening was just large enough to cover the whole front of the stove. 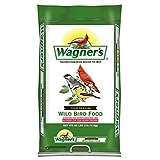 Finally engaged and convinced we could actually free this bird, my hubby agreed to hold one side of the sheet over the stove while I held the other side tightly so that it didn't escape to fly around the house making a sooty mess. With the fron of the stove covered I opened the door for the bird to fly into the huge duvet cover. It headed for a little space near my husband's hand as he, being the gentle giant that he is, wasn't holding his side as tightly as mine. We twisted ends until the opening was sealed and fanned the rest of the duvet cover about enticing the bird to fly into it which it did right to the bottom of the sewed end. This allowed us to remove the open end from over the stove, twist it closed like you would to wring your laundry and carried the bird in the duvet cover outside to set it free. It took some doing to coax it all the way back from inside the closed end towards the opening. Rolling the sewed end up as it panicked and fluttered trying to escape it finally worked its way out through the opening uninjured flying skyward with no effort at all.

We often wonder if the little bird chirping in our huge maple outside our bedroom window each morning is our freed friend saying "good morning" and thanking us for its freedom sometimes even imitating the sound of our wake up call on the cell phone. Ironically, it is I who is thankful for the honour of being in harmony with nature around us.

Some Other Suggestions For Freeing Trapped Birds

What Our Hubbers Say About Birds

Hubs Hot Off The Press