How much does a Zookeeper earn 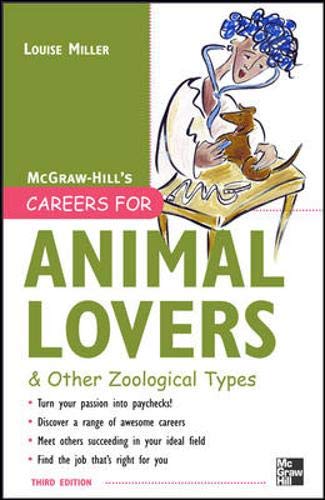 What is a Zoo Keeper?

Before we can approach the subject of financial reward one has to be aware of what a zoo keeper is. A zoo keeper (or zookeeper) is someone employed by a Zoological Park, Aquarium, Bird Park, Safari Park, Seaworld or Wildlife Park. Like the animal collections in which they work the title of 'zoo keeper' may change to Animal Technician, Animal Trainer, Trainer, Animal Carer, Animal Handler, Animal Caretaker, Aviary Technician, Animal Warden, Aquarist or whatever the powers that be dream up. In essence though they are all doing essentially the same work. At its most basic this involves cleaning enclosures big and small and feeding the inhabitants as and when needed.

The collections in which Zoo Keepers work are extremely variable in terms of size and budget. They may be public, private or commercial. The animals kept will be dependent on speciality, interests or aims. All these will reflect upon the number of keepers employed which in turn affects duties and wages.

In the West the occupation of Zoo Keeper is extremely popular. More so in recent years as there has been a glut of television programmes showing a keepers life in X or Y zoo. It looks fun. It is. But it tends to stray away from the cold and damp days, the smell and the dirt.

Zoo TV programmes along with Wildlife documentaries have had a noticeable effect on the career path of youngsters. Many go to University and take zoology based courses. Most hope to work in Africa or the Amazon but only a few do. They do the next best thing and get a job in a zoo. There are a big number of Zoo Keepers today who have Degrees. It has almost become a 'middle class' profession.

Except it isn't....a profession that is. Through most of Europe it is a menial and low paying job. Many zoos will pay only the minimum wage, give only the minimum benefits and take advantage of the fact that their employees love doing the work they do.

Some countries like Germany it is a recognised profession with a long established training programme and apprenticeship. This is the way forward, especially if coupled with the many excellent college courses which are now available.

In the rest of the world, with exceptions, the zoo keeper is looked upon as amongst the lowest of jobs. "A servant of animals!" and are mocked accordingly. Keepers there are simply doing a job of work. They have no special interest in it. It is something they do which brings home a wage, no more, no less.

Life at the Zoo: Behind the Scenes with the Animal Doctors
Buy Now

Initially a keeper will be a trainee learning on the job and hopefully coupled with a correspondence or college course. At this stage their wages will not be high. Zoo Keeping needs dedication so this stage sorts out the 'wheat from the chaff'.

The trainee will be given greater and greater degrees of responsibility combined with less and less supervision. Constant assessment of their performance and moving around will determine the work area to which they are best suited.

The Zoo Keeper is rarely just that...A Zoo Keeper. They are a specialist in a particular species or area of the zoo. They may be Gorilla Keeper, Ape Keeper, Primate Keeper. They could be Carnivore Keeper, Big Cat Keeper or Bear Keeper. It will all depend on the zoo. Within these titles they may also be graded along the lines of Keeper 1, Keeper 2, Keeper 3 or whatever. Such grading may be influenced by years of service or educational achievement. The nearest person a zoo has to a Zoo Keeper is the Cover Keeper or Float Keeper who is usually a long service employee who can work with a large variety of species.

All zoos differ. You may find zoos where the Monkey Keeper has done nothing else but work with Monkeys for twenty odd years. Not necessarily a bad thing because they build up tremendous expertise.

Small zoos are best for building up practical experience. More often than not section responsibilities will be shared, with Keepers covering each other when their colleagues are on days off, vacation or sick.

Keepers may also do their own food preparation, host shows, give talks, monitor visitors, do record keeping, driving, painting, building and much much more.

Each zoo will have its own wage schedule. This may be determined by the zoos own budget and finances. It may, if the zoo is council or state run be managed along what blue or white collar workers are getting in similar environments.

So How Much Does a Zoo Keeper Earn?

Well if you are working in a zoo in a third world country it will be a pittance. It is not unknown for Keepers in some poorer countries to feed themselves off the food intended for the animals.

In the rest of the world things are much better. Zoo Vacancies the world over are regularily advertised on the ZooNews Digest Facebook Page and at the Zoo Jobs blogspot. Not all positions will give a wage but some do. Look through the postings past and present and you will get a good idea of the current state of play and pay.