How to Build a Koi Lake

The Site of the New Koi Lake

When we decided to build a Koi lake it was because we had a number of high quality Koi in our main fishing lake, (Les Rouvets Lake in Guernsey), and we felt they would be a good start to a Koi breeding business. We already had the main lake, but also had a further lake that was a lot smaller and had been unused for many years due to it having long since developed a leak. When we decided to restore it the lake had only a few inches of water in it, was overgrown, and majorly silted up.

This was always going to be quite a big project, but we were keen to do this as we wanted to avoid our Koi being fished for, at the same time as utilising them as a sideline business. Many of the Koi we owned were already very large and worth substancial amounts of money, not to mention being prime breeding stock if we did things right. 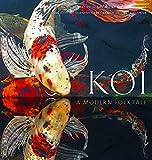 We looked at the existing remains of the small lake and came up with a plan. The lake/ponds currently formed an interesting shape. We had a main overflow from our fishing lake that led into the smaller lake which was a shape not dissimilar to a dog bone. What we actually had was a very shallow pool where the overflow fed in, followed by a stream bed, followed by a small pool, then another stream, ending in a far larger pool that was currently only a few inches deep in water with the rest draining away through the leaks.

We decided that first and foremost we needed to remove a lot of the overgrown tree branches and brambles to allow access to the site for a JCB. This in itself was quite a task as the lake had been neglected for over twenty years, and silted areas were dangerously deep much like quicksand. Never the less, we bravely battled on with the help of a very good friend of ours who had dug out the main lake back in 1963. Now retired, Charlie assisted and advised us throughout the project, and frequently came down to assist with chainsawing, building up banks etc.

Richard my Husband had to wade through the shallow stream bed and cut down the reeds and grasses that were now filling the area, whilst my Stepfather James (a retired fire chief), had the job of going up the trees to cut down the badly overhanging branches to allow more sunlight on to the surface of the lake in addition to many other heavy jobs and manual labour that was needed, (luckily he is a very fit man even in retirement). Charlie meanwhile was up at the lake on a daily basis cutting down further undergrowth and laying ladders across the surface of the silt to enable the team to safely cross the silt without sinking into it.

Bit by bit the area where the main pond was opened up to the point where we could call in the JCB to begin removing the silt, and sealing up the leaks so that we could begin to fill the lake to capacity.

We initially diverted the stream away into an adjacent field knowing it would automatically flow down to rejoin it's natural path some way beyond our new lake. We then brought in a large JCB which initially had to build a ramp of solid earth out across the largest pond to enable it to gain access to the silted up areas at the far side, as well as building up the left hand banks. The driver then proceeded to scoop out many tonnes of silt down to a depth of around 12 feet. This silt was used to build up the left banks, along with a large amount of clay soil. As the driver worked backwards bit by bit he gradually removed the earth ramp he had built.

The JCB was then moved on to the middle pool, which again needed to be dug out to remove many years of silt build up. This pool was dug down to a depth of between 4 to 6 feet.

Finally the JCB used a few tonnes of soil to build up the bank at the point where the stream would naturally enter the new lake, and where we ultimately wished to create a path/walkway around the new Koi lake.

To create an overflow point was naturally very important if we weren't to end up losing our banks once the stream refilled the lake to capacity. As the stream is only small, it was felt that laying a couple of pipes would be sufficient to cope with any unexpected rainfall or storms, and would ensure that the water could freely drain away as required. We laid the two pipes side by side, and we intend to fit them with downward pointing "U Bends" to take the end of the pipes below water level so that they won't get blocked up by debris from the lake surface. The pipes will then be buried in further clay earth and soil to enable us to sow grass seed over the banks.

We allowed the banks about four days to dry out before we felt it was safe to divert the stream back through the new lake with a view to finally filling it up so we could look at adding the Koi to their new surroundings. During this time reeds and rushes were cleared from the connecting stream beds between the ponds, and the banks that were established were tidied up with petrol driven strimmers and scythes.

Progress Throughout the New Koi Lake Plus Filling with Water.

After the tidying up was complete, we rediverted the stream back into the new lake and waited with bated breath to see if it would fill up okay with no further leakage. After about four to five days the water reached the level of the pipes with no evidence of any problems, (much to our relief).

We called in an expert on Koi and asked him for his opinion on the more or less finished product. He was incredibly impressed and said the whole habitat was perfect for Koi. His reasons for this were that we were providing both sunny areas and shady areas, in a range of good depths, (which are especially important if you want the Koi to develop deep set bodies), there was an abundance of natural food sources such a dragonfly larvae, insects, bloodworm etc and the whole area was essentially pretty vast for a Koi pond with lots of natural plant life both surrounding, and in the water itself. We had also added some waterlilies by now, and these are ideal for the Koi to shelter below or to spawn in. Carp in general also prefer coloured water rather than clear water, and this provides them more protection from predators as they are less visible.

All in all the finished result looked incredibly natural, with trees still growing low over the water in woodland glade type settings, as well as open pools with access to sunshine in other areas. The total length of the new lake including all three pools and both connecting streams must have ended up being around 150 feet, with varying widths from around 10 feet to 30 feet across depending on whether it was a pool or part of the connecting streams. The depths varied between 4 feet and 12 feet depending on whereabouts within the lake or stream it was.

Improvements and Filling with Water Continued

The hardest part was now done, but we still had to grass seed the banks where the JCB had laid fresh earth, and we also wanted to add in a wooden bridge to allow easy access from one side of the Koi lake to the other. We intend to create a viewing platform where people can simply sit and watch the Koi feeding. On the far side of the banks we want to create a small woodland path running alongside the lake so that it wil be possible to walk the entire circumference of the lake before using the wooden bridge to cross back over again.

For a little while at least the new Koi lake will look like a bit of a building site in places as grass takes time to grow and get eastablished, but the finished result will look fabulous and very natural.

Having given the lake a week or two to settle down, we began adding Koi from our main lake to see how they got on. Normally a new lake would require some weeks or even months before you could add fish, but we had the advantage that the site had never completely dried up before, so the natural foods such as the bloodworm had continued to survive below the surface, as well as our already having well established plants around the lake that would drop insects into the water immediately.

The first eight Koi were introduced to the lake on the 21st July 2008, and by the next day they were happily basking in the sunshine in the pool nearest to the main lake where the stream initially enters, no doubt also enjoying the oxygen that the running water provided. Already they had been seen jumping for flies and were happily feeding on Koi pellets that we threw in.

Over the next few weeks we continued to catch and transfer the Koi from our main lake into the new lake, as well as adding around 30 very large, high quality Koi that we were given by the expert who complimented us so highly on the conditions we had created. The end result was the new Koi lake containing around 80 large Koi in a wide variety of colours. A very spectacular sight to see when they are all feeding at once.

The satisfaction this project has brought is immense, and we now intend to begin our breeding program with a view to selling on the babies once they reach respectable sizes. Of course breeding Koi is going to require "Green Ponds" to hold the eggs and fry so they are not eaten by the larger fish, therefore I am guessing our next smaller project will involve creating these green ponds before the next breeding season arrives.

Koi in the New Lake

Due to the nature of the shape of this Koi lake, and the fact a large part of the water is concealed by the treeline, it is impossible to capture the finished result all in one photograph, so I hope you can use your imagination to mentally "connect up" the pictures I have provided and using the diagram of the layout can visualise the overall lake and the surroundings. Naturally there will be further cosmetic touches added, and it will take a while for final viewing platforms to be built and the grass seed to grow, but the good thing is that the Koi are already thoroughly enjoying their new environment and could not ask for better conditions to thrive in.