How to Care for a Diabetic Cat

Sugarbabies: A Holistic Guide to Caring for Your Diabetic Pet
Buy Now

You've just been told that your cat is diabetic and you're probably panicking because you don't really know what this means. The first thing that you need to do is to relax and start calmly thinking about how you're going to deal with this. Gaining a full understanding of what it will mean to care for a pet that is diabetic can help you make the choice as to how to move forward. In doing so, you will need to learn how to properly care for the cat but this is something that isn't really that difficult as long as you've made the commitment to do it.

Here are the steps that you should take to start properly caring for a diabetic cat:

Taking care of a diabetic pet isn't easy but it's really not all that difficult either. You'll get used to measuring out the right kind of food. You'll adjust to giving insulin to your cat. You'll become conscious of changes in the cat's behavior that indicate that there may be a problem. And you'll probably continue to have many good years with your cat. Be aware that it's time-intensive and that it can get expensive. (You might want to look into options for pet insurance if you don't already have that.) But as long as you're willing to make the commitment to caring for the cat, it shouldn't be a problem that you can't handle. 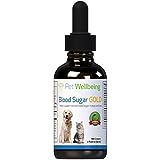