How to Prevent Your Dog from Chasing Horses

Certain breeds of dogs make really great herders--whether it's sheep, cattle or even horses. Some horses do really well with dogs herding them and don't blink an eye.

However, some horses react very badly to being chased by dogs even if they've cohabitated for years together. It's all about the intent of the chase and really based on the personality--of the horse and the dog involved.

Some dogs are just generally excitable around horses and their natural instinct is to bark, lunge or give chase. Especially if they happen to be herding dogs or running dogs in the first place. It would seem natural for them to want to herd the animal, no matter how big it was.

Dogs like arctic breeds, however, can be excitable around horses in a different way. They can have a mental trigger that says "prey" even though the horse is huge compared to them.

Sometimes if dogs are in a group, they can also assume the "pack mentality" and this can trigger behaviors such as nipping, biting, or trying to hurt the horse--something no one would want to have happen.

So do horses and dogs generally just not get along well or more importantly, why would dogs give chase?

Much like dogs would chase a cat that's running or a squirrel, it's a natural instinct for a dog to run after a horse---especially if the horse is moving.

But there are also situations where a dog is allowed to chase a horse when it's reinforcing bad behavior--and dangerous behavior at that.

While good natured playing and interacting between a dog and a horse can occur, this usually occurs when the dog and horse have gotten to know each other.

Unfortunately though, some horse and dog situations turn dangerous. Most often, it's because appropriate steps weren't taken to ensure the well being of both animals.

Many a dog is killed every year from chasing a horse or going at them in a way that spooks the horse. Consider a horse being confined in a stall and having a dog come at him or her unannounced in a tight space.

Most of the damage a horse can do is with its hooves and its legs though they can bite too. Dogs are kicked, stomped to death or otherwise injured by a horse that doesn't want to be bothered. The same thing happens with llamas and moose--something that big has much better odds even against the most energetic, fearless canine.

Some horses are used to dogs because they've been brought up with them. Usually these are the kinds of dogs that respect the horse's space and don't invade it with bad behaviors.

However, horses (and riders) are always in danger of unleashed dogs coming at them and the horses reacting. The responsibility here lies with the dog owner from this author's perspective as dogs that are allowed free reign should be trained to be respectful--whether it's of people or other animals.

Dogs that are allowed in public situations, which means on trails or in the country, too---anywhere they could possibly encounter situations with animals they aren't used to---should be trained and trained well in order to minimize problems.

Dogs for instance that ride in a car with their owners to a stable but have never been exposed to horses or cattle, chickens, etc., can become nuisances if let out of the car unleashed. If they don't respect their owner and take off for the pasture and start running down the horses, that's probably a good indicator that training is far from over.

Dog owners need to understand the issues are twofold--someone who owns a horse has to be able to control their animal but they are at a considerably bigger disadvantage since the horse is huge compared to the dog.

Dogs that are out of control and do not obey commands such as "leave it," or "come" or "freeze" should not be allowed in stables or around horses until they have graduated to the level of doing what their owner says--the first time and immediately. Otherwise, there should be no thought of letting the dog off the leash.

People who think that animals can "work it out" or that they'll get used to each other aren't really thinking of the safety of either the horse or the dog. Just like bringing a new dog into a household, dogs have to adjust to different animals--like horses. It's the owner's responsibility to introduce them properly and assure the safety of both parties.

Horses have to adjust to being around dogs and need to be calm enough to be able to ignore yapping or quick movements that could make them nervous or fidgety. Some horses are naturally better at it than others but the key is watching the behavior of both animals to ensure a positive outcome.

Training Dogs to be Around Horses

If a dog has never been around a horse before, training is essential. It should start with a leash and the owner should have a firm handle on training before introducing a horse into the mix.

Some ideas for training a dog to not react negatively to horses: 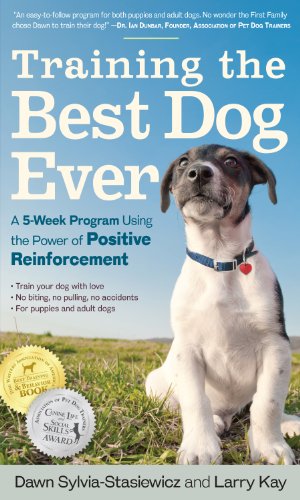 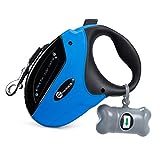 Dogs and horses have coexisted for centuries. Those that do have a healthy dose of respect for each other and know their boundaries.

As the video above illustrates, these are dogs with a disrespectful owner being allowed to perpetrate bad behavior towards a horse and its foal.

As you can see in the video, the more the dogs yap and chase, the madder the horse becomes and eventually is kicking up its rear legs. I'm surprised that a couple of the dogs didn't get stomped on to be honest.

The worst part of this kind of behavior is that the dogs are allowed to keep doing the bad behavior while the horses are developing an anxiety level over being around dogs. That can't bode well for future encounters.

This author would happily go and give the dog owners a citizen's arrest for their stupidity in putting their small dogs at risk with these horses. It's also cause in my mind for animal cruelty to the horses.

Remember if you're going to have your dog around horses, it should be done in a humane fashion with lots of practice and training--don't expect them to intuitively know how to handle situations with strange animals--and don't expect horses to be accepting either. You never know what might have occurred in a horse's past with other dogs!