Interesting Welsh Animals. An amazing variety in Wales for such a small Country!

Tucked away on the side of England, which most people have heard of, is the Principality of Wales,which is relatively little known. A land of extreme beauty and rich contrasts, it varies from windswept coastal dunes to the rugged mountain range crowned by Snowdon and the rounded Brecon Beacons. Mighty rivers teaming with fish rush out to the Irish sea and the Bristol Chanel. Only just over 300 miles long by 70 miles wide, an amazing variety of scenery is there to be discovered by the discerning traveler.

Living within this beautiful country are many unusual species of animals both wild and domesticated. Because of the often harsh weather with westerly gales blowing in from the Irish sea, Welsh animals are bred to be hardy. The Welsh black cattle are medium size but thrive on rugged hillsides or lush pastures equally well. They are good producers of milk and many farms specialize in producing tasty cheeses. It makes an interesting outing to visit a cheese factory to sample the delicious products. Often there is a cafe on the farm that is worth a visit in its own right Some of the cheeses are exported to England and sold at the famous London store, Harrods under Royal Warrant Their beef is also excellent.

A famous breed of dog was developed in Wales to herd the cattle up to Smithfield Market in London along the old Drovers roads This is the Welsh Corgi, a short legged dog that nipped the heels of the cattle to keep them moving along. It has two distinct varieties, the more compact Pembrokeshire and the Cardigan which has a longer coat and longer tail. If Royal warrants were to be issued to canines, this dog would be top of the league as it is much favoured by the Queen of England who has many of them,The Welsh terrier is much favoured by farmers and huntsmen alike and rapidly gaining popularity as a lively, intelligent family pet

The mountains of Wales are divided into fields by dry stone walls of great antiquity. Several varieties of sheep are to be found grazing in them. The usual woolly Welsh sheep are white but many are black and much favored by hand spinners and commercial spinners alike. Many woolen mills are to be found situated on the banks of swift flowing rivers used to power the machinery. Wales is famous for its hard wearing Flannel There are many mills open to the public with samples and a shop where the finished garments or lengths of tweed may be bought.

A very unusual breed of Welsh sheep is the Dolwen rarely seen outside the valley where it lives in North Wales. This sheep is usually black or dark brown with a white blaze down its face and white legs making it a striking looking animal, it can be seen at the annual Royal Welsh Show. Roast lamb from the salt marshes around river estuaries is much sought after and enjoyed, often served with Laver Bread, a seaweed mush that is very nutritious.

North Wales has an ancient breed of wild goat that roams free over the mountain sides. As the climate has become warmer, more kids are surviving and the feral goat is now causing trouble by wandering into villages and destroying the old stone walls They are also causing many road accidents and driving in the hills is becoming hazardous, A controversial cull is being mooted to reduce their numbers.

The Welsh Mountain Pony is one of the most famous animals in Wales and the most beautiful. Dainty in appearance with a dished, tiny head like a miniature Arabian horse, the pony is none the less hardy and able to live successfully in rugged conditions. These ponies have a kind disposition and make ideal children's ponies, Two larger derivatives of the pony are bred for adult use, a bigger version of the pony and the heavy Welsh cob, originally bred to lead soldiers into battle. Herds of ponies may be seen grazing on the mountain sides. Pony trekking stables abound throughout the principality using these beautiful ponies giving you the opportunity to get off the beaten track and to explore the gorgeous country side

A very unusual sea bird lives on the craggy cliffs looking a little like a penguin, it is the Puffin. This jaunty bird is black with a white breast and a large multicolored beak striped in orange and pink. Many other unusual birds abound giving the bird watcher an opportunity to spy the rare creatures in areas of unbounded beauty.

The beautiful, sparkling rivers abound with fish and are famous for their fly fishing. As well as Salmon and trout, an unusual member of the trout family called the Sewin abounds. This fish lives in both fresh and salt water. It is also known as the Sea Trout. The little village of Cenarth in West Wales is the home of the coracle, a round basket fishing boat that the fishermen can carry home on their backs after catching Sewin. There is an interesting museum in the village next to the River Teifi. The rivers of west Wales also sport another unusual eel like fish called the Lamprey.This ugly fish has a large sucker that it uses to attach itself to bigger fish to suck nutrients. It is famous for being made into lamprey pie. King John of Magna Carter fame choked to death while eating such a pie. There is a movement afoot to reintroduce the Beaver to Welsh rivers where it once lived. They are a mixed blessing as they destroy many trees to make their dams and can change the countryside drastically. They were hunted to extinction as their fur was used to make Beaver hats by the Victorian hat makers. Unbelievable!

The flag of Wales is the spectacular, red, Welsh Dragon. The origins are hidden in mythology but are bound in the tales of King Arthur and his knights of the round table. A fitting emblem for this jewel of a country teaming with interesting animals set in spectacular and varied countryside full of great things to do. Voted the most beautiful place in the world by "Lonely Planet", the publisher of the famous line of guide books, Wales should be on every one's travel wish list. Beavers used to abound in the Welsh rivers,especially the Teifi. Men in Victorian times used to wear top hats and these were made from beaver fur. The demand was so high that it led to the demise of the poor beaver. It was also hated by fishermen as their dams played havoc with the river's flow and as rodents they damaged river bank trees while making their dens. Today there is a move afoot to reintroduce the Beaver to Wales. We can only watch and hope that it settles down in its old habitat. Let's hope the Top hat doesn't become fashionable again! 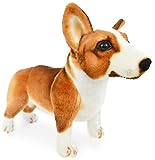