How Good are a Dog's Taste Buds?

Wondering how your dog's taste buds work? When you watch Scruffy lick his chops and wolf down tasty morsels of food, you think that the best way to his heart must definitively be through his stomach. Don't be too fast though to assume that your pal must be blessed with the best taste buds in the world. Contrary to what many dog food commercials make you think, consider that dogs aren't really that sensitive to taste.

Yes, of course, when it comes to appreciating a tasty morsel of food, Scruffy must thank his taste buds. Generally, the more taste buds an animal has, the better his sense of taste. If a taste competition between humans and dogs was ever held, humans would win hands down with an astounding 9000 taste buds compared to Scruffy's mere 1700, according to an article by Stanley Coren. Scruffy's self esteem though may quickly bounce back once he competes against Felix the cat, who is left with only 470 buds to enjoy!

So when it comes to taste buds, things are not as rosy as they seem. You may be tricked by Scruffy's eagerness to eat in believing that he's gifted with the superior taste buds, instead, turns out, Scruffy's taste buds work in a tad bit different way than humans and this is in part due to a dog's evolutionary past. 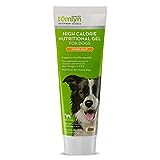 Some Interesting Facts on Your Dog's Taste Buds

If your dog could voice his opinion, he would likely tell you how much he would love to have some sort of meat on his menu. In the wild, a dog's diet is mainly comprised of meat, but he may occasionally indulge himself with some fruits and berries. In addition to having taste buds crafted for the purpose of detecting sweet, salt, sour and bitter flavors, Scruffy is also gifted with receptors specifically tuned for appreciating meats, fats and other meat-related chemicals.

Don' t underestimate Scruffy's sense of taste; indeed, it may serve many important purposes. For instance, in the wild, his sense of taste could have literally helped save his life. Anything tasting bad was often suggestive of something potentially harmful, indigestible, or poisonous. Also, consider that dogs are blessed with taste buds tuned for water. Because meat has a high salt content, these special taste buds played a vital role in helping Scruffy's fluids stay in balance.

As mentioned, dogs appear to be particularly sensitive to bitter flavors, which explains why the well known ''bitter apple spray'' often prescribed in dogs to prevent them from licking wounds or chewing furniture can be effective in some dogs. Yet, it's also true that bitter sprays are not always effective as thought. A possible explanation for this is that those bitter-detecting taste buds are located towards the rearmost third of the tongue according to Stanley Coren.

Blessed with a nose about a million times more sensitive than the nose of the average human being, it's not surprising why dogs are trained to put their sniffers to work at airport checkpoints, in police work and in search and rescue missions. On a less serious note, when Scruffy is on a mission to wolf down his dinner, his nose seems to compensate for the fewer taste buds. Indeed, turns out that dogs gain much more information about their food by using their powerful sniffers in place of their taste buds.

As Scruffy ages, he may lose his appetite and start looking thin. While you shouldn't underestimate these symptoms as they can be a sign of a significant illness, consider that the source of Scruffy's problems may be right under his nose. Perhaps he no longer can smell his food as well as before. Try to unleash some tantalizing aromas by warming up his meals or mixing in some warm chicken broth. Adding some smelly foods to his chow or cooking him a healthy, home-made meal may also help. Just make sure new foods are added gradually in the course of two weeks; an older dog may need more time to adjust to novel foods, suggests Barbara Royal, veterinarian and owner of The Royal Treatment Veterinary Center.

Alexadry © All rights reserved, do not copy