Do you think that invasive pythons should be eradicated in the Florida Everglades?

So What is a Burmese Python?

While most of the countries of the world are experiencing problems from alien or invasive species of animals, insects and plants to some degree; the problem they currently have in Florida is large, scaly and can swallow an alligator!

Yes folks, the area around the Everglades in Florida is currently experiencing an invasion of Burmese Pythons. Burmese pythons are among the top six largest snakes in the world. They can grow to a length of 20ft and weigh up to 200 pounds.

They are a long lived species of snake, and can live for twenty five years. They are native to Southeast Asia, and can be found in Myanmar, Vietnam, southern China, Thailand and Indonesia. They are a diurnal species of cold-blooded reptile and enjoy living in a habitat that is warm and wet, rich in vegetation and trees, with plenty of streams and rivers. They are equally at home on the ground and in the trees, are excellent climbers and like a good swim.

Being cold blooded they need to bask in the sun for hours at a stretch to warm up enough to be able to move around and hunt for prey. Burmese pythons are pretty eclectic about what they will eat and prey on small mammals, reptiles, amphibians, birds and even other snakes!

Pythons are constrictors, so they grab their prey in a firm grip with their jaws and then wrap their body around the prey to suffocate it. The bigger the Burmese python is, the bigger the prey that it will try to take on.

Ironically, they are considered an endangered species in their native habitats. Historically they were hunted in great numbers for their skins, and there is still a market for young snakes for the exotic pet trade and various parts of their bodies are used in traditional medicine.

So How Did Burmese Pythons Arrive in Florida?

So how did these huge snakes show up in large numbers in the Florida Everglades? The US has an extensive exotic pet trade, and in comparison with other countries has fewer regulations on what animals can be kept. As well as snakes, there are lions, tigers, leopards and iguanas being kept in people’s backyards.

Young Burmese pythons can be bought in US pet shops for as little as $20 and most are purchased when they are still quite small. Many of these pythons can become quite tame and, if cared for properly, make very good pets. Quite often they are given the run of a house, or are kept in enclosures that are not strongly constructed enough to contain them. Hence there are a lot of snakes that escape and are never recovered by their owners.

Either people who purchase Burmese pythons are not aware of how big they can grow, or maybe the idea of having a ‘way cool big snake’ is exciting but the reality is not; but many of these snakes are abandoned by their owners when they get too big for their homes and pockets. A Burmese python can grow to full size in four years, growing by as much as a foot every month, and very few people have the knowledge, facilities and expertise to care for a really large snake. 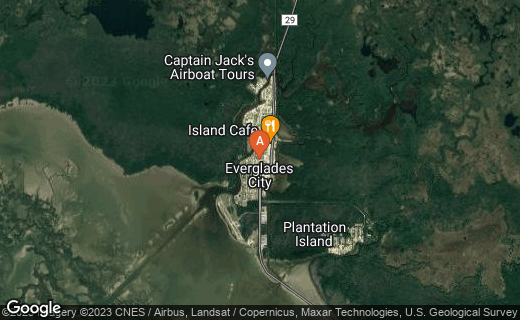 What Are The Pythons Doing to Florida?

So what is the extent of the python damage? The breeding population of pythons in the Florida Everglades was established when Hurricane Andrew swept through the state, and many specimens escaped from pet shops and private homes. Unfortunately the fragile eco-system of the Everglades provides a perfect habitat for the snakes, and it is estimated that there are now upwards of 100,000 of the creatures living there.

The hot, steamy swamplands are full of food for them, and they manage to successfully compete against the only other apex predator to be found there, the alligator. Pythons are notoriously greedy and several battles have been witnessed involving pythons trying to bag an alligator as a meal. There is one set of photographs of a python that managed to kill and eat a large alligator, but the alligator proved too big for it to digest and it had burst the snake open and killed it.

They also eat many of the smaller native reptiles, mammals and birds of the Everglades. Scientists from the Smithsonian have also recently discovered that they are eating birds eggs directly from the nests, which is having is hugely damaging to bird numbers, especially in the already threatened species.

It is not only wildlife and alligators that are being killed by the giant pythons. In early July 2009 an eight foot long specimen broke out of its tank in a Florida home and strangled a two year old girl to death in her crib. The Humane Society of the United States has stated that since 1980 at least twelve people have been killed by pet pythons in the US, including five children. Wildlife experts and local politicians are concerned that sooner or later someone will be killed by a wild snake.

If that someone was a tourist it could have a disastrous effect on the local tourist industry; which brings millions of dollars into the local economy. Rangers have started to hunt the pythons, either killing them or giving them to zoos, and the Interior Secretary Ken Salazar is calling for a widespread cull.

An African Rock Python can prey on alligators, who are the natural apex predators in the Florida Everglades, and there have even been reported cases of them killing small children in Africa. In January 2010 a three-day hunt in Miami-Dade county captured five of the huge snakes, including a 14ft female.

This has caused state environmental officials to worry that the African Rock pythons could start breeding with the Burmese Pythons. As the Burmese Pythons already have established themselves in the Everglades, there is the worry that a new breed of 'super snake' will emerge and wreak further havoc on the native species.

Are There Any Solutions?

So what can be done to prevent the explosion in the invasive python population and protect the fragile habitat and native species that make up the Florida Everglades? Some experts are predicting that the Burmese python could in time move into and colonise the entire South-eastern third of the United States. This would make the Burmese python the most common and dangerous large predator in North America.

But let us not forget that these large snakes are only where they are because of humans. People need to be more responsible when they are contemplating buying an exotic pet. They need to look at the facilities they have for caring for the animal; do they have the room, the experience, enough money to feed them correctly and pay the vet bills, and have adequate back up to care for the pet when they go on holiday or there is an emergency.

Always research how big your pet is likely to grow to, and if possible go to a zoo and have a good look at a fully grown specimen. Finally, if you do find yourself in a situation where you own a snake that you can no longer care for do not release it into the wild. Contact a zoo or an animal charity and find a good home for your pet!