Collecting postcards can be a fun and inexpensive hobby, because postcards come is such a wide range of types and subjects. Most people specialize in certain areas, and with the advent of Ebay and other internet sites it has become relatively easy to find cards of even the most obscure types at reasonable prices. (At least it is if you are prepared to wait for a good lot, to comb through mixed lots, and try out a range of keywords).

"Cowboy on a Jackrabbit" postcards

Some of my favorite postcards are ones that show cowboys riding the range in giant rabbits. These pictures fit within the general trend of "exaggerated photographs" that show scene with giant plants, fish or animals. Earlier exaggerated photographs date back to the dawn of photography, but these are more likely to show huge vegetable and fish. Enormous rabbits being used as horses tend to arise for the first time in the 1950s.

The earliest postcards on this theme are based on photographs but also essentially fully painted. The first two examples shown here are from Texas. The first dates from 1953 and the other is probably from around the same period.

In fact most postcards with this theme comes from Texas. the idea seems to be that everything is bigger in Texas, including the jackrabbits. Of course there is nothing to stop anyone from using an identical card and identifying it with another state.

This guy in the green shirt shows up on dozens of similar variation of the same card. This particular one doesn't seem to suggest the rabbits are giant so much as that the cattle are tiny, including in relation the the human.

The more realistic postcard below show the progress made in less than a decade in terms of taking a realistic color photograph, manipulating and mass-producing it. This example dates from 1962. 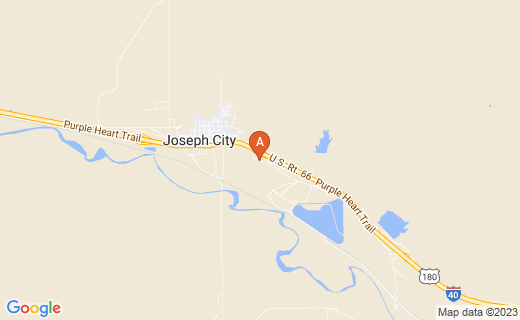 And there are various sites that provide big jackrabbits for people to pose on, and take their own photographs. For example at the Jackrabbit Trading Post in Arizona.

In some versions the rabbit is given horns, making it a genuine Texas Jackalope (giant size).

Other scenes show a hunter who has caught a giant jackrabbit and is carrying or skinning it (example 1, example 2).

To me the appeal of collecting these postcards is not just the whimsy of the subject, but how each card is a subtle variation on the theme. Most of these cards are from the linen postcard era (1930 to late 1950s) and more modern cards are heavily influenced by earlier designs. So they continue to open a window in the whimsy of an earlier age.

When framed alone or in small groups these cards make great decorations especially if you are following a western or country theme. And they are great conversation starters!