What Morph is My Leopard Gecko

Whitney has raised and bred different species of geckos, snakes, lizards, tortoises, and other exotics since 2003.

Leopard geckos make great pets. Why? Because they're small, docile, and come in a TON of colors and patterns- I.E. morphs. You can pick and choose your favorites, whether it be a bright Super Hypo Tangerine Carrot Tail Baldy leopard gecko or a pale Blazing Blizzard.

I mean think about it, in yesterday's pet store you only saw "normal" leopard geckos, which are also known as "wild caught" and "standard" leopard geckos.

Basically, what I'm trying to say is- with the trend of leopard gecko breeding there has been a rise in great breeders of the past decade or so. These breeders have line- bred and selectively bred various morphs that we see today. And, as you read, more are being thought up and developed. 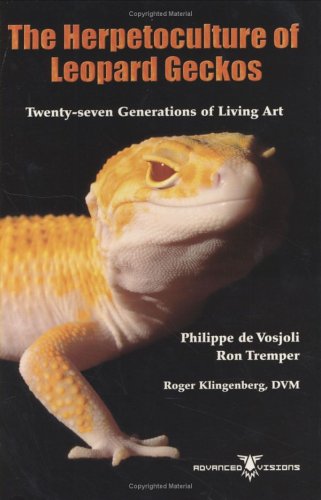 With each year more leopard gecko morphs are seen in the reptile trade, so that means a higher variety for you to choose from. Remember that although pet stores will have a handful of different leopard gecko varieties, you have to make sure that they are healthy and free of any health concerns. So, for a healthy leopard gecko, a breeder is always the way to go; plus, breeders have more morphs that you'll ever see at your pet store for a cheaper price.

Plus, think about it... It will be a long while from now that you'll walk into Petsmart or Petco and find a RAPTOR leopard gecko or an Enigma leopard gecko.