Amphibians are an interesting and very important class of animals and there are certainly plenty of them here in Louisiana. We have everything from large Bullfrogs to tiny Tree frogs, Toads that keep the garden free of harmful insects and even secretive Salamanders and Newts.

Nights in the spring are filled with a chorus of trills, croaks, brrrs and even a ribit or two. Amphibians are also an ecological "canary in the coal mine" and the recent rash of mutations and sudden deaths among amphibians has sent up an alarm among biologists throughout the world.

On this page you'll find all sorts of amphibian stuff including information, book recommendations, photographs, posters and even frog apparel and costumes.

Toad and salamander photos are property of Y.L. Bordelon aka naturegirl7.

Wet and Wild Louisiana is filled with Amazing Amphibians of all Shapes and Sizes.

What do you think about Amphibians?

Some Louisiana Frogs and Toads

Hear the Advertisement call of the male.

Find more information and pictures of the life cycle of the Bronze Frog on our page, Pictures - Frog Life Cycle in a Water Feature.

Sounds of the Green Tree Frog.

This is one of the best series of books that I've seen in a while. The information is easy to read and up to date and the illustrations are spectacular. Another plus is the conservation status portion on each entry. If you are interested in learning more about Frogs and Toads of the Southeast, I strongly recommend this book.

The Life Cycle of an Amphibian is Fascinating.

The early part of their life is spent in water. Most frogs and toads mate and lay their eggs in water. The eggs hatch into tadpoles which grow legs, loose their tails and hop out onto the land as tiny replicas of their parents.

This transformation process is called metamorphosis (from the Greek meta, meaning "change," and morphe, meaning "form"). The larval stage lasts from several weeks to one year, depending on the particular species and upon environmental factors such as temperature and humidity. Certain species of amphibians, particularly among the salamanders, remain in larval form all their lives. This phenomenon is called neoteny.

The larvae of the three orders differ from one another in several ways. The salamander (urodele) larvae are long and slender, with limbs, three pairs of gills, and large mouths. The frogs and toads (anurans), with short trunks and small mouth openings, lack lungs, eyelids, jaws, and legs. They look much more like fishes than like frogs or toads. The Caecilians (order gymnophiona) larvae are limbless and slender and have distinctive gills.

Although a female amphibian is capable of producing thousands of offspring during the course of a lifetime, the general population of amphibians remains about the same. This is because during the process of metamorphosis many die and others are destroyed by predators.

Metamorphosis alters the feeding and breathing habits of an animal as well as its physical shape. Amphibians change from gill breathers to lung breathers. They also change from plant eaters to meat eaters. Adults eat insects or small animals, especially mollusks, worms, and other amphibians. Some frogs also eat small mammals and birds.

Most amphibians reach maturity at three or four years. They breed for the first time about one year after metamorphosis.

Each year, after the spring and summer rains, the frogs and toads in the surrounding woods come alive with a chorus of mating songs. They take advantage of the low areas where water has collected to lay their eggs.

Many gather in the water that collects in the low spots in our primitive road that goes to the Tchefuncte River. Many times we have collected hundreds of tadpoles and moved them to more permanent water holes to save them from sure death as the waters receded.

When the road floods, the low areas are covered with groups of tadpoles like these. With all of the mosquitoes in our area, we hate to loose any potential frogs or toads.

Reference: See More Information and Facts About the Life Cycle of Amphibians

In a pool in the bog

But he didn't have pains,

He only felt solemn and drear.

Got white at the throat

And speckled with green on the back.

His tail shrank and shrank

Then he crawled on the bank

And found that he made a queer track.

There were four legs so neat

Grown right to that fat pollywog.

And the first time he spoke

He cried with a croak, 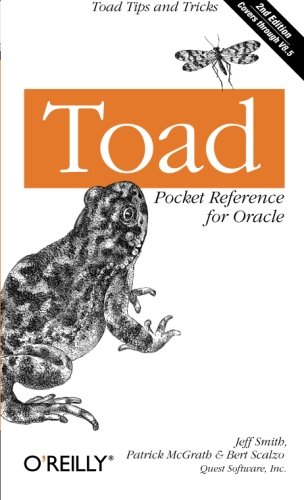 All over the world, scientists are racing to save many species of amphibians from extinction. Numbers were already down as a result of habitat loss, pollution and climate change, but now an exotic fungus (amphibian chytrid fungus) is nailing the lid on the coffin for many amphibians. But there is a sliver of hope. Through research and rescues, scientists are helping some species that were on the brink of extinction. The April, 2009 issue of National Geographic Magazine gives a detailed description of the problem and hopefully, the cure.

While you're there, reading the article from National Geographic, be sure to check out the Puzzle Pages of Frogs and other animals. They're lots of fun and would be great for the kids.

Do you live where you can hear the frogs croaking at night?

Calls of Frogs and Toads

The Calls of Frogs and Toads
Buy Now

Your little one will love to snuggle with Frog while listening to the Frog and Toad books.

Days with Frog and Toad (I Can Read, Level 2)
Buy Now

Help your child learn to read with the hilarious adventures of Frog and Toad.

Save the Frogs Save the Planet

Salamanders and Newts of Louisiana

There are about 350 species of salamanders that occur in the temperate areas of the world. Of these about 23 species occur in Louisiana.

These amphibians have long tails and elongated bodies both during the larval stage and throughout their adult life. The order Caudata (Salamanders and Newts) is a very diverse one. Some have only two limbs; some are aquatic and may or may not retain external gills and fins; and some newts have rough, dry skin.

Some species of this group are very secretive and dwell in subterranean tunnels except during the breeding season, however, most live in moist, forested areas and hide by day in holes, under leaf or bark litter or under stones and logs. The larvae look somewhat like the adults but have external gills, fins on the tail, lidless eyes and differences in the skin and skull morphology. Because of these similarities between larvae and adult, the metamorphosis is less dramatic than that of frogs and toads. Both adults and larvae are carnivores.

Some salamanders lay jelly-like eggs in water like frogs, but most deposit their eggs in moist places on land. When eggs are laid on land, the larvae often has very large, bushy gills. Some primitive caudates (salamanders) fertilize eggs like anurans (frogs and toads), but most members of this family have a truly remarkable method of sperm transfer and fertilization. Most courtships begin with the males performing elaborate nudging and posturing with the females. Eventually the males deposit small, stalk like structures called spermatophores, which are produced from glands at the base of the tail. The spermatozoa is contained in a gelatinous (jelly-like) cap located on the top part of the spermatophore. The females use her cloacal lips to pick up the spermatophores or the gelatinous cap and the spermatozoa are then stored for anywhere from a few days to a few months in a special chamber called the spermatheca, located in the roof of her cloaca. When the eggs are laid, they pass through the spermatheca and the spermatozoa are released to fertilize the eggs.

Reference: Jeff Boundy, herpetologist with the Louisiana Department of Wildlife and Fisheries and Dundee and Rossman, The Amphibians and Reptiles of Louisiana.

Hop on Over and Leave Us a Note.