Sean has been in the industry of gardening and landscaping since 2006. He is also a certified arborist that tends to focus on plant health.

Marimo (Cladophora aegagropila) is actually a variety of fresh water algae that is common in the northern hemisphere. The spherical shape occurs in nature by water currents that cause the marimo to tumble on lake beds. The tumbling retains the spherical shape of marimo. "Marimo" is a Japanese word that literally means “ball seaweed.” Marimo is native to Japan, Iceland, Scotland, and Estonia. Marimo has been a protected species in Japan since as early as 1920. An annual three day marimo festival is held in Japan to pay tribute to marimo. It is also classified as a protected species in Iceland.

Marimo can be grown indoors and propagated to create smaller marimo. Propagation is very easy and rewarding. Dividing marimo is the best method of propagation. Retaining the spherical shape is accomplished differently compared to nature's process of tumbling marimo on the bottom of lake beds. Thread is used to tie the division into a ball to ensure a spherical shape as it grows.

It has been said that Marimo bring good luck and ever-lasting love to friends and loved ones. 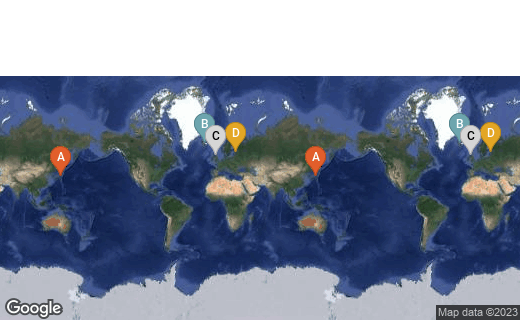 The marimo has been a protected species in Japan since as early as 1920.

Marimo was given a status of "protected species" in Iceland in 2006.

Marimo is native to the waters of Scotland.

Marimo can be found in and around Estonia.

Following a few easy steps is all that is required to divide marimo.

Marimo grows very slowly (around 5mm per year), so do not worry if the divisions appear to lie dormant. The tiny filaments of algae will eventually grow thick enough to cover the thread used to retain the spherical shape as well.

Water Requirements
Marimo is very easy to care for. It does not need aeration or filtration, but the water must be changed regularly to keep marimo healthy. Water changes should occur weekly. Rinse marimo with water to remove debris and buildup. When rinsing, give marimo a gentle squeeze, like wringing out a sponge. This helps remove buildup and debris as well.

Light Requirements
Marimo has adapted to low-light conditions due to their native residence on the bottom of lakes. Too much sunlight will cause discoloration, so placing in indirect sunlight is ideal. Artificial lighting, such as household light bulbs, is sufficient and will greatly reduce the chance of burning caused by strong sunlight.

Growing marimo in a fish tank may cause a few minor problems to arise. Tanks with pump filters can become clogged around the intake and filter due to marimo filaments being sucked into the filter. Buildup will reduce the effectiveness of the filter, and the filter and pump will require cleaning.

Marimo may also be a target for some fish. Goldfish and bottom dwellers that scavenge will nip and slowly pick apart marimo. This will also increase the amount of filaments being sucked into the filter, as well as reduce marimo size. The loose filaments can also add to algae growth in the tank. The glass and tank may need to be cleaned more regularly if algae begins to flourish.

Do you own marimo?