The Strange Tale of Mike the Headless Chicken

There once was a chicken named Mike, he seemed a normal chicken. He liked to scratch and roost, and do chicken-y things. Mike was a bit different from other chickens though, he was different because he didn't have a head. That's right, he was a headless chicken. This lens tells Mike's story, the story of a not-so-bird-brained bird.

Mike Was A What?!

The Short Story on Mike the Headless

Like most chickens in those days, Mike was destined to become dinner. On Monday, September 10, 1945 at 6:45am, the farmer decided it was Mike's time, so went and grabbed him and chopped off his head. Like a lot of headless chickens, this one ran around for a bit after getting the chop. Usually that doesn't last too long though so the farmer waited...and waited...and waited. The chicken kept moving.

Days later the chicken was still alive, even minus his head. People started coming to the farm to check out the chicken, and he got really popular. People came from miles around to see him. Someone arrived one day and said he wanted to be the chicken's manager and take him to fairs and such. By this time Mike, as he had been named, was doing fine even without his head, so the farmer, seeing a way to earn some money, said sure.

Worried that the chicken would die of hunger now that they were going to be making lots of money from him, they started feeding Miracle Mike with an eyedropper. They toured and did fairs and Mike became a hero of sorts. Thousands of people turned out to see him everywhere he went. He was on magazine covers and studied by lots of scientists too.

This one is sick, cute, and funny

Chicken with No Head at Ripley's Museum

Mike the Headless Chicken for President

In 2008, along with the numerous other candidates, Mike ran for president of the United States. He may not have beat out Obama, but there's always the next election.

People Who Knew Him, Reminiscing about Mike

The part about Mike starts around 4:20

Chicken in Ripley's Believe it Not Museum

Ripley's Believe It or Not

Ripley's Believe It Or Not episode featuring the story of Mike the Headless Chicken. They are a bit mixed up though. He didn't live for 4 years, he lived for 18 months, and he didn't choke on a corn kernel, he choked on fluid.

The official Mike the headless chicken book: A 1940's tale of two men and a chicken : the meteoric rise and eventual demise of a headless fowl from Fruita, Colorado
Buy Now 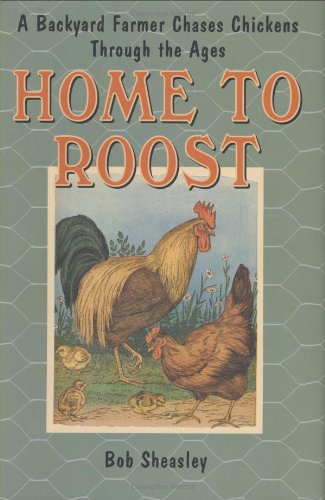 Home to Roost: A Backyard Farmer Chases Chickens Through the Ages
Buy Now

A couple of songs about headless chickens 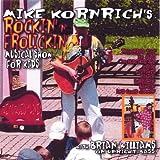 Ain't Nobody Here but Us Chickens
Buy Now

One of the songs from above in all it's full glory ;-)

The Ballad of Mike the Headless Chicken

So, How Did Mike Survive?

As you're all probably wondering by now, how did Mike live without a head? Well, it turns out that the farmer's wife, loved eating chicken neck, so when killing chickens for supper, the farmer usually tried to save as much of the neck as possible by cutting a little higher than most. He did cut off Mike's head, but he just missed the brain stem at the base of the neck, which is what controls most bodily functions. Thus, Mike was able to still function, though he may have been the ultimate bird brain ;-)

Once a year, there is a grand event in the small town of Fruita, Colorado. It's a festival, a festival celebrating Mike, the Headless Chicken. Fruita was the original home of Mike the headless, before he became all famous and lost his head. Now they celebrate Mike, and his life, by having a fun gathering and eating chicken as well as doing lots of other activities. Every year Mike the Headless Chicken Festival is held on the 3rd weekend in May.. Now is the time to start planning to attend next year's so you can celebrate Mike too, or just eat lots of chicken ;-)

Where Mike grew to headlessness and the location of the Headless Chicken Festival.

At the Headless Chicken Festival in Fruita, Colorado

A family's visit to the Mike the Headless Chicken Festival in Fruita. It's primarily shots of the kids, but it's pretty cute. 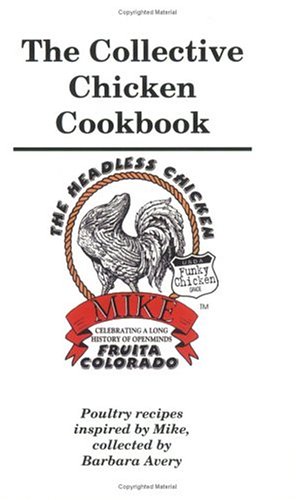 What do you think of Mike? Think it's silly, outrageous, or just plain odd? Leave a comment and share your opinion :)