Mary has lived in Florida for over 40 years, and enjoys writing about her experiences living in the Sunshine State.

My First Encounter With A Venomous snake

My first encounter with a venomous snake happened when I was 10 years old. The little house I grew up in the country had no running water. A fast moving creek ran through our property. On the other side of the creek, my Daddy had devised a way to contain the spring water that bubbled up from the ground. He used a big metal container to hold the water. Then he ran a pipe from the container across the creek and into our house. We had the only house with running water from a tap. My Mother was the envy of the other country ladies. They had to rely on their deep wells to supply all of their water.

I Am Bitten By A Water Moccasin

Occasionally, the metal container needed to be cleaned out. This one beautiful sunny day, as Daddy cleaned the container, I sat down on the soft ground to watch him. I had my arms outstretched behind me with my palms flat on the ground. I felt a sharp pain between my ring finger and the little finger. I turned around to see a Water Moccasin, also called a Cottonmouth snake, near my hand. He was about three feet long. These snakes are very poisonous. I screamed. I knew right away I had been bitten. We country kids had seen these snakes before. We knew this snake is very aggressive, unlike some snakes that will run from you. The snake quickly slithered away. My Daddy took out his pocket knife, grabbed my hand, and without any hesitation, cut deep into my flesh. He then began to suck and spit out the venom.

After about 10 minutes of this, he picked me up and ran across the creek to the house. I was screaming all the way, “I’ll die, I’ll die!” My Daddy knew from reading his folk medicine books what to do. He read that heat would draw out the venom. We had a hen sitting on a nest of eggs on the porch. He grabbed the hen, wrung her neck, and with his pocket knife he cut the hen’s back end away revealing her body cavity. Then he rammed my hand up into the hen. Daddy threw me into the car, hen and all, and drove to the nearest doctor 25 miles away.

I’ll never forget going into the doctor’s office with the hen sitting on my hand. I can only imagine the reaction I got from the patients in the waiting room! The doctor said later that I would have died if Daddy had not taken the action he did. I woke up 4 days later with a very swollen, red hand and arm. Everyone thought I might die. The Water Moccasin’s bite is usually fatal unless medical attention is sought right away. Antivenom serum is now used by doctors.

After my near miss with death, Daddy would sit on the back porch with his rifle and shoot any Water Moccasin he saw swimming down the creek. These snakes float high on the water, and he would just pick them off. I think he was trying to kill the one snake that almost killed his daughter.

An Encounter With A Pigmy Rattlesnake

When one of my daughters was about 12 years old, she was taking a shower when I heard her scream, “Mommy, Mommy!” I thought to myself, “That kid. She’s forgotten a towel, “AGAIN!” When I opened the bathroom door, she was standing in the tub leaning over trying to see what was moving at her feet. This kid has poor eyesight and needed glasses to see well. She couldn’t tell what was moving at her feet. She just knew something was in the shower with her!

I immediately recognized a little grey Pigmy Ground Rattle snake. He was about one foot long. These snakes usually won’t kill a person from a bite, but they make you so sick you wish you did die (or so I’m told). They are very aggressive, and I was surprised that he had not bitten her. I quickly grabbed her by the arm and pulled her out of the shower. I threw her a towel, and ordered her out of the room. I calmly told her to run outside to the shed and bring me the metal lawn edger. This edger had a sharp blade to cut through grass and was on the end of a handle. I stayed inside the bathroom with the snake. When she returned with the edger, I instructed her to stuff a towel underneath the door. I was afraid the snake would get loose and slide under the door and be free in the house. I calmly stood over the tub and waited until he got close to the edge of the tub.

Then, I made my move. I came down on his neck with the edger and cut off his head. We never did figure out how this Pigmy snake got into the tub. We could only surmise that he came up through the drain. It took my daughter a long time before she would shower in her bathroom. She preferred to use mine.

Another Experience With A Pigmy Rattler

I had another experience with these hateful little Pigmy Rattlers. I was digging holes to plant bulbs in my garden when I saw some movement out of the corner of my eye. Sure enough, a Pigmy was coiled and ready to strike me! Without even thinking about the danger I came down on him with the metal spade. Living in South Florida makes a person brave!

An Encounter With An eastern Diamonback Rattler

I used to ride on the Veterinary truck with Dr. Hyatt. I enjoyed being with him, and helping him work on cattle and horses. We had just finished our work at this ranch vaccinating cows. We were loading up the truck to go home. One of the cowboys came running up to the truck holding an Eastern Diamondback Rattle snake by the tail. This snake was about three feet long. The cowboy explained that he had just shot the snake, and asked us if we wanted him. Doc said he’d love to have him to take home and show our four children what a Rattler looked like. They had never seen this kind of snake before. Doc and the cowboy put the snake down inside a metal bucket. We loaded the snake in the bucket into the back of the Veterinary truck and headed home.

When we got home, Doc took the bucket out of the truck, and called the kids to come and look at the snake. They gathered around eager to see the big snake. When Doc dumped the snake out onto the ground, all of a sudden the Rattler coiled up, and began to rattle his tail. He was ready to defend himself. They can strike up to their length. These snakes are not aggressive unless they are threatened. Normally, they will just run away from humans. He was not dead at all. We guessed later he was just stunned by the bullet. Doc yelled and told everyone to run. We did. He got his rifle and blew the snake’s head off. This time we were sure the snake was dead! It scared me to death to think that we had driven home with that live Diamondback Rattler.

Another Encounter With A Diamondback Rattle Snake

One last story about my encounter with a venomous snake. One sunny morning, I was on my way to the clothes line to hang up laundry. When I rounded the corner, I saw our family cat standing very still. He looked as though he was hypnotized. Then I saw why: a Diamondback Rattler was coiled ready to strike. That cat knew if he so much as moved an inch, he would be a goner! I quickly ran inside the house and grabbed my trusty 22 caliber pistol. Doc had taught me how to shoot and shoot well. I went back out and took a shot at the snake. I knew I had to shoot straight because I might not get another chance. I did it! One less killer snake alive. I was so proud of myself.

This Time I Encounter A Eastern Coral Snake

Ok, this last encounter was not with me, but with our little Rat Terrier. He was always playing with things he should not be playing with. I looked out the kitchen window one day, and saw George playing with something in the backyard. He would grab this thing and throw it up into the air, catch it and throw it up again. He was having the best time playing with “this thing”. I thought it was one the kid’s rubber toys. When I went out to look better, I saw it was an Eastern Coral Snake. This is a beautiful snake with very distinctive markings. There is another snake that he resembles: The Scarlet Kingsnake which is harmless. The Coral snake has a shiny black nose, and does not bite. He latches onto his victim and actually “chews”. His bite can be fatal if medical attention is not obtained quickly. I ran into the house and got a wide mouthed jar. I put the jar over the snake, and put the lid on tightly. I’m not sure what I had planned for the little killer. He was too small to shoot. I thought I’d wait until Doc got home; he would know how to kill him. I called the kids to come out and look at the snake in the jar. As we watched in amazement, the snake must have felt his own body. He began to “chew” on himself, and within 10 minutes he was dead! We think he might have committed suicide, or he just mistook himself for a victim. We will never know.

There Are Six Venomous Snakes That Live In South Florida

There are six venomous snakes that live in South Florida: We have a total of 45 species of snakes who live here, but only six are venomous, and their bites can be fatal.

The Southern Copperhead that live in the Panhandle part of Florida

We realize we live in an area that has venomous snakes, and we live with that knowledge. We have displaced the snakes along with the wildlife here in Florida. We give the snakes plenty of room. We leave them alone, and we hope they leave us alone. . Most snakes will run from a human if given the chance.

My Hub On Wildlife In Florida

A great hub by rcrumple!

Books From Amazon On Venomous Snakes

How To Survive A Venomus Snake Bite 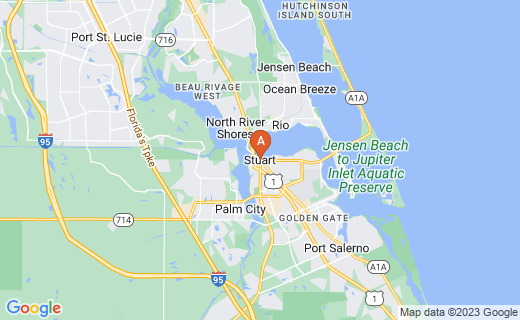 Have you ever encountered a venmous snake?