It All Began With a Deer

The Oklahoma City zoo as we know it today first opened it's doors in 1924. However, the zoo's history began many years earlier, in 1902, when a white-tailed deer was donated to a neighborhood known as Wheeler Park.

At that time, white-tailed deer were endangered and rare to behold. This animal proved to be a novelty that drew large crowds of curious spectators. Soon, other donations followed, and in 1903 the area was dedicated and renamed the Wheeler Park Zoo.

From the very beginning, the zoo was devoted to the conservation of endangered wildlife. The animal collection grew to include such animals as eagles, wolves and bears. Today the zoo is both a member of the AZA (Association of Zoos and Aquariums) and the AAM (American Association of Museums), one of only seven zoos to hold this dual title.

Origins of the Oklahoma City Zoo

The Oklahoma Zoo did not start out as a grand conservation effort. It began with only one animal. a white-tailed deer, donated to Wheeler park. This was in 1902, when the species was practically extinct.

Anytime a wild animal is tamed and kept in a pen, it attracts spectators. Soon, other animals were donated, and the crowds of curious humans grew larger. These animals were primarily native animals, such as bears.

Wheeler Park was dedicated as a zoo in 1903, and remained so for another 20 years. In 1923 flood devastated the park, and several animals drowned in the ten foot waters. A new home was sought for the surviving animals of Wheeler Park.

The animals were temporarily housed on the state fair grounds, while zoo owners prepared a new home, on 600 acres that had been purchased in 1909 for the zoo. Funds were donated to build new exhibits, with a focus on education rather than entertainment.

Unfortunately a fire destroyed Lincoln Park in 1924.In 1925, after major reconstruction, around 100 animals were moved to 17 acres in Lincoln Park, the new and permanent home of the Oklahoma City Zoo.

What are your favorite animals to see at the zoo?

So what can you see at the zoo? You can see lions, elephants, zebras and more, just like at any zoo. But the days of staring at animals in small pens is over.

When you view an animal at the OKC zoo, you are actually visiting their home. Great care has been taken in setting up each animal in their own environment with some of these exhibits:

Even though these larger exhibits are spread through the zoo like islands, in between there are pockets of life to enjoy, as you pass the pachyderms, hoofed animals, giraffes, insects, and more.

When you walk through the OKC zoo, it feels like walking through a garden, where occasionally the plants open up and allow you a view of the animals. The zoo itself is a botanical garden, with:

If you enjoy birdwatching, the Zoo lake is home to hundreds of species of local fowl as well. The lake is stocked with several types of fish and is open in places to fisherman. Weather permitting, there are paddle boat rentals for those who want to enjoy the lake and see the wildlife up close.

In 2011 the elephants of the zoo received a new home. Covering over 9 acres, this new exhibit provides the elephants with space and luxury, including three separate yards filled with toys, waterfalls, plants, and pools.

When they get tired, the elephants can move into the barn, which is over 15, 000 sq feet in size. Visitors can see into the barn from the outdoor boardwalk.

At certain times of day, visitors can fill the elephant pavilion. From there they can watch the elephants as they undergo their daily care and training routines.

The ZooZeum is home to the complete history of the zoo. It is home to photos and descriptions of past and present exhibits. There is also a showcase of famous animals that have lived in the zoo, such as Judy the Elephant and Mathilda the Hippo.

One of my favorite stops on the zoo route, this is where you go to see Galapagos turtles and other island wildlife as they go about their daily lives. There are also colorful birds, including the flamingos, which you can see as you walk the wooden sidewalks across the ponds and pools.

Inside the buildings, there are lizards (even a Komodo dragon) and several species of frogs, toads, turtles, and snakes. If you are interested, you can even look at the hissing cockroaches.

The herpetarium is one of the oldest exhibits in the zoo. It was first started in 1928. Today it houses just about every imaginable snake and lizard. One display is an entire wall of just rattlesnake species from around the world!

The OKC zoo herpetarium has won awards for their conservation efforts and successful breeding programs to increase the living number of endangered reptiles and amphibians.

Cool Facts About the OKC Zoo

What you should expect when you visit this zoo?

The Great EscAPE exhibit covers over 6 acres designed to replicate the natural habitat of gorillas, orangutans, and chimpanzees. In the old days, you stood outside and watched these apes as they sat inside of cages or cubicles.

At this zoo, the primates frolic outdoors, and you stand in a glass enclosed viewing room. This is one of the most interactive areas of the zoo. The gorillas love to come to the glass and tease the spectators.

In 2011, the zoo received a malnourished infant chimpanzee named Siri, whose mother could not adequately feed her. The staff at OKC zoo successfully placed Siri with a surrogate mother. A team of human specialists, such as pediatricians and therapists, helped Siri to survive and thrive. Read her story here.

The OKC zoo has some rare and amazing animals, some of which are only found in a handful of US zoos:

This 8 acre labor of love was quite an expense for the zoo. However, it is well worth every penny spent. It is like being able to explore some of the state's most beautiful nature trails all in one place, right down the to replica of Turner Falls!

The clever design is divided into 11 zones, each uniquely structured to be hospitable to the 100 different species. Prairie dogs scamper in the simulated Plains region, while the bobcat perches over you in his version of the Ouachita mountains.

This is where you can see the amazing grizzly bears too. You can see them from a distance as you walk across the wooden bridge spanning the "river" where the bears love to swim. Or you can view them up close when you enter a glass viewing cubicle. You have NEVER appreciated the sheer size and power of a grizzly bear until one rears up on the glass partition and shows you his teeth!

If you want a more cuddly bear, you can also see a black bear who is quite playful. The same room looks out into the otter tank.

If bears aren't your thing, I really recommend visiting the building housing Oklahoma's nocturnal animals. Here you can see the bats going crazy over their bowl of fruit, beautiful owls, a skunk, an opossum, an armadillo, and some more snakes and toads. All illuminated by gentle black light.

Other Things at the Zoo

The zoo offers many other attractions for visitors.Some of these are seasonal, and some come with additional fees, so it is a good idea to call ahead for information.

There is also a train ride, a carousel, gifts shop, food vendors, and shaded visiting areas where you can relax and refresh while watching the animals.

Many animals in zoos become celebrities. However, they don't always have a tale as interesting as Matilda's.

In 1953, Galya Peevey,a little girl from Ponca City, Oklahoma, recorded a song called " I Want A Hippopotamus For Christmas". The quirky tune topped the charts, and led Peevey to perform on the Ed Sullivan show.

Somebody had the bright idea to start a fundraising campaign to buy her a hippo of her own. The idea was as popular as the song, and nickels and dimes started rolling in. Even little kids were saving their candy money to send to the hippo fund.

$4000 dollars was raised, and a two year old hippopotamus named Mathilda was delivered to Peevey. She donated Mathilda to the zoo, where the hippo would live for 50 years. Over the years, Peevey returned frequently to OKC to visit Mathilda.

Overall Review of the OKC Zoo

I've visited many zoos, and enjoyed them all. The OKC zoo is an entirely different experience. Because it is a conservation zoo, the whole design is focused on education rather than just seeing animals.

Still, there are some issues that make visiting something less than the perfect experience. Even though I appreciate the fact that the animals are healthier and happier living in the simulated natural environments, it can be very disappointing to pay your fee and not be able to see most of the inhabitants.

In the many times I have visited, I have never seen the lions. The lion overlook is designed to be very tall, where they can look out over the zoo. However, they hide at the top behind the boulders, much too far away for pedestrians to see them.

The layout is somewhat difficult too. It can be confusing in places, and sometimes you walk for very long distances before you get to another exhibit. This isn't so bad, since you are getting exercise and still enjoying the plants and butterflies, but there are times when you have to walk the long way around to visit two similar animals.

Depsite these minor issues, the zoo is an enriching experience, with tons to see and do. I recommend it highly to anyone visiting the state, and anyone with an interest in conservation. Just be sure to wear comfortable shoes and bring some snacks and water. You will be doing a lot of walking! 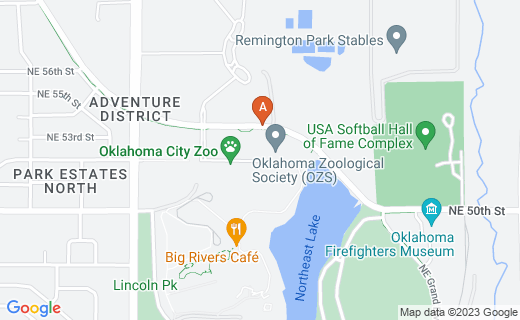