One of a Rare Breed: The Dales Pony

One of a Rare Breed: Shakespeare

Dales Ponies Are One of a Rare Breed

The Dales pony is one of a rare breed of horses that are native to England.

According to the American Livestock Breeds Conservancy, in 1999 there were approximately 800 Dales ponies worldwide and about 60 located in the United States, which makes them an endangered species.

Is That a Dales or a Fell Pony?

At one time the two ponies were believed to be the same breed; however, they are actually cousins that share a genetic heritage. Fells ponies are smaller than Dales.

For our purpose here, we will keep the focus on the Dales Pony. 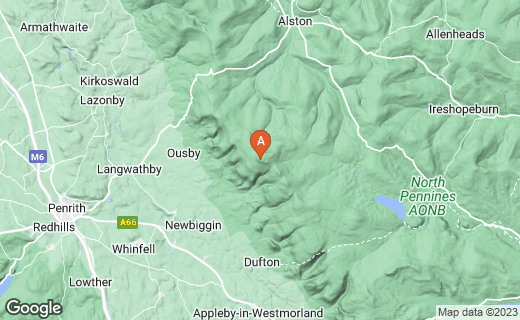 Native range of the Dales Pony

History of One of a Rare Breed of Ponies

Dales are hardy, sure-footed riding mounts with great stamina. Their moor upbringing gives them a nimbleness of feet that makes them clever jumpers. The early Dales were crossed with Clydesdale blood in an effort the increase the size of the breed, but that effort proved to be a detriment of the breed.

The gene pool diluted to the point that in the 1900s, the breed was considered to be two-thirds Clydesdale. The Dales Pony Improvement Society was formed in 1916 to preserve the purity of the breed.

In 1954, the Dales Pony Society reorganized, dropped the word “improvement” from the name, and worked to revive this rare pony breed.

Are you surprised or amazed by any of these facts? As one of a rare breed of native ponies, the Dales Pony has a fascinating but diverse backstory:

The head is neat with a wide forehead and small ears. The neck is thick, and the mane is long and luxurious.

Their very deep, laid-back shoulders contribute to their free-flowing, active riding action, and their powerful legs have feathers on the fetlocks.

The hooves are hard and blue and considered sound and excellent. The overall appearance is one of compact, muscular strength.

They are one of the best children’s mounts because of their small size and gentle natures.

However, because of their exceptional strength and endurance—Dales can carry approximately 240 pounds—they are also good mounts for adults. Their ride is very comfortable, and they perform as well in harness as under saddle with their famous trot being one of their signature attributes.

Dales are an economical breed as their moor heritage as foraging ponies adapted them to exist on even the poorest of vegetation and minimal water supplies.

Own One of a Rare Breed of Horses

If you are looking for a fine riding or driving pony that is also an easy keeper, the Dales pony may be perfect for you. While they are a rare breed of British native ponies and the number of existing ponies is quite small, there are some Dales for sale. A good place to start your search is by consulting the sales list of The Dales Pony Society of America, Inc.