Yvonne has been photographing and studying birds for 40+ years. She maintains bird and butterfly gardens in her Louisiana backyard habitat.

The Northern Cardinal is one of my most favorite song birds. The male is a beautiful crimson red color and the females are lovely shades of fawn brown and red.

Besides being attractive looking, Cardinals have many endearing qualities, such as the males' song, the fact that they will readily come to a bird feeder and how both parents care for the young.

I have been privileged to observe and photograph Northern Cardinals during the breeding process. On this page I will share my photographs of the adults, their nests and babies. You'll also find some facts about and observations of the habits of this lovely bird.

Many Cardinals begin pairing off in late winter here in south Louisiana. By late February (which is considered early spring here), courtship has begun. Pairs will share the feeders and the female will sometimes ask to be fed by the male.

Actually some pairs breed with the same partner for a few consecutive years. Sadly, the life expectancy of most song birds is short, only 2-4 years.

In March, males stake off their territory in a shrubby tangle and proclaim this property to be their own by singing loudly from the highest point. This discourages other males from trespassing.

In our habitat, they like to nest in the area around the pond and along the creek. That way a water supply is not far away.

Male Cardinals have a lovely song. To hear it, watch the video below.

The female Cardinal is responsible for building the nest of twigs, vines, some leaves, bark strips, grasses, weed stalks, rootlets and lining it with fine grasses.

She usually chooses a thorny or dense shrub somewhere in her mate's territory.

Normally, within a week of completing the nest, she lays from 3 to 4 bluish, speckled eggs. Incubation begins when the third or fourth egg is laid and lasts from 11 to 13 days.

Books About Nests and Eggs 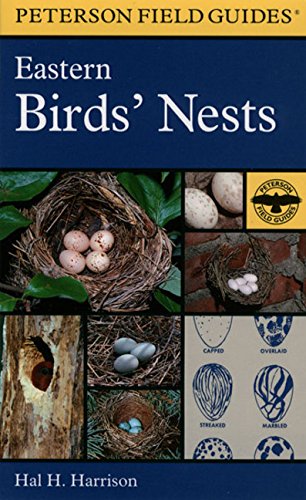 When the baby Cardinals first hatch out, they are tiny, have no feathers and their eyes are closed. With their large beaks and body, they look like baby dinosaurs.

Soon their eyes open and feather shafts begin to form on their wings and they eat and poop... a lot.

When they are from 7 to 13 days old, they leave the nest. They have feathers, but can barely fly and don't really look mature enough to fledge.

The male feeds the young from the first brood, while the female builds a second nest.

Male Cardinals are excellent parents. They raise the first two sets of fledglings all by themselves, while the females build a second and sometimes third nest and incubate the eggs.

The female feeds the young babies while they are in the nest, but once they fledge, the Dad takes over.

As the fledglings grow, the young males begin to molt their baby feathers and begin to show red coloration in spots. The young females become more tan than gray. The dark beak on both sexes of chicks also gradually turns orange. You can tell the age of a young Cardinal by the amount of adult plumage they have.

When the pair is on their last brood of the season, the female also cares for the young fledglings.

The sunflower seed feeders are one of the first places the parents bring the older fledglings when they are trying to wean them.

It can be quite comical when fledglings, almost as big as their parents, just refuse to be weaned and stand amid a pile of sunflower seeds begging to be fed.

Cardinals like seed feeders with roomy perches and shelf type feeders like the ones below. We use upturned "Hurricane Katrina logs" to make a quick and easy shelf feeder.

Male Cardinal in My Yard

Do you have Cardinals nesting in your yard?

Links to More About Nesting Birds

Tell us about your Cardinals.