What is the Nitrogen Cycle?

Before you can understand the nitrogen cycle you must first have an understanding of nitrogen. Nitrogen is an element, and it is involved in all aspects of life. Remember when you were in high school Biology and you were learning about DNA? Just as a refresher, DNA is composed of four nitrogenous bases. Nitrogen is a key component of your DNA! I'd say that's pretty important. Even more nitrogen is everywhere. We get it in the food we eat, and we excrete it in our wastes. It only makes sense that the nitrogen cycle would play a key role in fish keeping.

Simply put, the nitrogen cycle is the process by which nitrogen is changed into different chemical forms. Some forms of nitrogen are beneficial to fish while some forms are harmful. If levels of ammonia or nitrites get high enough they could even kill fish.

Introduction into the System

So, how does this process begin? When you feed your fish.

Fish produce waste that they excrete into their environment, this produces ammonia. You can also get ammonia from the breakdown of excess food or decaying organic matter. This is why it is important to not over feed and remove dead leaves and fish as quick as possible from a tank.

When you cycle a tank you will typically see a spike in an ammonia after a day or so. You will also see an ammonia spike after you add new fish. Though, if your tank is properly cycled this should not through off the balance of cycle.

How long do you cycle your tanks?

Nitrosomona bacteria then break down ammonia. This creates nitrites. Ammonia and nitrites have something in common: they care both toxic to fish.

When you cycle a new tank you will typical see a spike in the levels of nitrites after several days to weeks, depending on the size of the tank.

If you are doing further research, or even just testing your water, you might come across a bunch of letters and numbers put together instead of words. What are these things? These are the chemical formulas for the nitrogen cycle.

If you are like me then you are looking at that title going; huh? When I first heard these two terms I thought they were the same, but they are very different indeed. Nitrites are broken down by nitrifying bacteria even further to form nitrates.

Nitrates are not harmful to fish unless there is a very strong concentration. Do you remember that 'good bacteria' I was talking about earlier? Well, nitrate is the by-product of those bacteria. If you have a good colony of 'good bacteria' in your biological filtration then the negative effects of ammonia and nitrites are canceled out by the nitrates.

Remember how doing a water change will remove some of these chemicals from the system? This is why that is important. You want the tank to be in balance. That is all that a cycled tank is after all.

If looking at the chart from top to bottom you will see how the tank will cycle. The ammonia is first, and can take a few days to a few weeks depending upon the size of the tank. Next the nitrite levels are brought under control, this process can tak

The Importance of Filtration

You can't rely on your cycle to keep your water clean for you. Activated carbon is a great filter media because it eliminates ammonia from the water.

Your 'good bacteria' is going to need a place to live. Biowheels and small, hard plastic tubes are some of the most popular options for biological filtration. Truth be told, you can use just about any hard plastic material for your biological filtration. Just remember, it needs to be none porous and the more surface area the better. The more surface area a particular item has the more 'good bacteria' it can house.

Another good thing to have is oxygen. Airstones and good aeration through filtration is key. Why? Because, the 'good bacteria' need oxygen in order to breakdown the different forms of nitrogen. So that air pump is good for the fish and the bacteria. 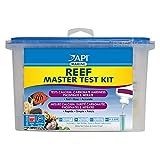 When you go through the process of cycling a tank you are essentially going through the steps of the nitrogen cycle. The basic idea is that you are trying to 'feed' the system chemicals with ammonia so that you can build up a strong culture of 'good bacteria' to break down nitrogen. This keeps the tank in balance and prevents ammonia and nitrite levels from becoming too high. Of course periodic water changes are needed to remove some of the ammonia, nitrites, and nitrates, and to introduce new water into the system. This keeps the cycle spinning as it should. Things like dead fish or plants or excess food through off the balance of the cycle.

As I have said before when your tank is cycling you are going to see spikes in ammonia and nitrites. You will be tempted to do a water change. Don't. How can your tank go through the process of the nitrogen cycle if you won't let the nitrogen cycle do its thing? A small water change might be beneficial, like a 10%, but any more than that will do more damage than good. Remember if you do water changes you are going to disrupt the cycle and it is going to take longer for your tank to reach a balance.

Now, if you have already added fish to our tank, or if your established tank crashes, don't panic. You are still going to see spikes in ammonia and nitrites. This is normal, this is just the system trying to get balance. Of course, having fish does make things a little more intense. You don't want to do water changes because you will disrupt the cycling process, but you can't let the ammonia and nitrite levels get so high that they become toxic. It is a delicate time to be sure. What I recommend is allowing the levels to raise high enough so that they are just not toxic and then doing a small water change. Any more than that and your tank will not cycle. Yes, it will be stressful on the fish, but having a cycled tank is much better for them in the long run.