Pull My Tail: Musical Instruments that Sound Like Cats

When Natural Meows Won't Do

Natural cat meows aren't always enough. People worldwide have long used instruments to mimic or elicit cats' meows. For example, four catty musical instruments described here include the Javanese saron, the samisen, the musical saw and the sistrum. A fifth device, the cat piano, is best described as an instrument of torture. However, it's also the most interesting -- and so it begins this look at cats and musical entertainment.

The cat piano shown here is befitting of a bizarre Itchy & Scratchy Show sketch. It was reportedly commissioned by an Italian prince in the 1600s. He hired Athanasius Kircher, a German Renaissance man and apparent cat hater (anti-felite), to create cat-sized holding pens and affix them to piano keys.

Cat victims were then arranged by vocal pitch. When pressed, each piano key sharply poked a cat's tail to elicit a wail.

The Cat Piano for ADD

While the original cat piano or cat organ was designed purely for sadistic entertainment, its design was revived for medical use in the late 1700s. The German physician Johann Reil essentially thought the contraption would cure ADD (attention deficit disorder). He reasoned that patients with poor attention spans couldn't help but be captivated by a cat piano.

Sure enough, the cat piano captured patients' attention. It's unclear though how he drew people away from the meowers and toward more productive activities.

This video shows Henry Dagg, a self-proclaimed "sound sculptor" who plays the cat organ. Prince Charles observes and has a chuckle. 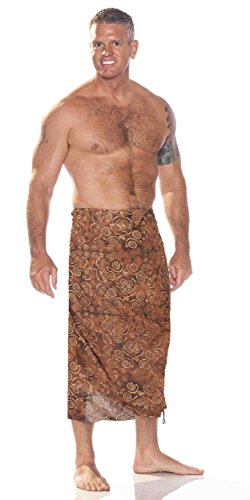 The saron is an Indonesian instrument consisting of seven bronze bars and a resonant frame. It's about cat-high (8" or so) and is played while the musician sits on the floor. This instrument was traditionally played in royal courts and is a mainstay of the gamelan or Indonesian orchestra; it provides the main melody.

Many have likened the bronze bars' chiming to strange meows. However, producing this effect takes some effort. This video demonstration of how to play the saron shows what happens if you don't "dampen" or stop the bars from vibrating. It's the normally unwanted vibrations that create a cacophonous and catty effect.

How to Play the Javanese Saron

A Geisha Playing the Shamisen

The shamisen (also spelled samisen and jamisen) is a three-stringed instrument that's plucked like a guitar or banjo. It originated in Japan and is traditionally played by geishas and street musicians. The instrument is considered feminine and catlike because it's slender and has a higher register.

Traditional shamisens are covered with animal skin. People typically train with shamisens made from dog skin. The most highly valued shamisens are made from cat skin. I almost don't want to tell you that the most valuable shamisens feature cat nipples. Plastic shamisens are now sold to street musicians and geishas on a budget.

Musical saws are played worldwide but are most commonly associated with the rural US. Musical or singing saws are simply hand saws that are treated like musical instruments. A person typically plays a saw by bending the blade and strumming it with a violin bow or similar device (e.g., a wooden dowel). As you'd expect, the saw produces higher tones in its narrower regions.

The musical saw produces ethereal sounds. With luck or practice you can elicit a mournful meow and excellent haunted house soundtracks.

Hear the musical saw in the video below. The remarkable musician, Natalia Paruz, plays a song that was composed especially for the saw. Definitely worth a listen!

From Cows to Cats

While the sistrum can be found in remnants of ancient Iraq, it's most commonly associated with ancient Egypt. It first appeared in mythology about Hathor, the cow goddess. It later became tied to other deities -- most notably Bastet, the cat goddess. And hey diddle diddle, did you know this? The nursery rhyme about "the cat and the fiddle" stems from imagery of Bastet and the sistrum.

The traditional sistrum is made of brass or bronze with affixed cow horns. It is shaped like an ankh and was believed to placate the gods.

How to Play the Sistrum

An instrument in the percussion family, the sistrum is played like a tambourine. Rods jingle when one shakes the frame.The sound is like that of a hissing cat or wind rushing among trees.

Thanks for reading my hub! If you enjoyed it, please like me on FB or vote me up. I'd love to reach more people. Cheers & meow! 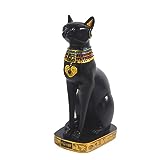