I am not a big fan of pets, but I have been a fish over from time to time. My favorite fish to own are Bettas. I have owned four Betta fish over the years and found them to be unsurprisingly quiet and low maintenance - as long as I keep them separated. Below are my experiences taking care of my Bettas along with some facts about this particular breed of fish.

I buy the veiltail Betta fish and always two at a time. My first two fish were males, and my second two were females. All were named after Sesame Street characters. The guys were Bert and Ernie, and the girls were Betty Lou and Prairie Dawn. Ernie lived about a year. Bert and the girls lived for 2-3 years. The average Betta lives about 3-5 years.

The girls, especially Prairie Dawn, were so tiny when I bought them that they had hardly any color. As they grew, they turned a deep blue color. Prairie Dawn even sported turquoise highlights on the tips of her fins.

Ernie was always a bold red, and Bert was dark blue. The guys grew into larger versions of themselves while the girls took on a more dramatic transformation, changing colors and tripling in size.

The fish are not naturally the colors that they come in at the store. In the wild, this breed only changes colors when angry. Breeders have developed methods to create the permanent look that you see these fish acquire as they grow, helping them to become one of the most popular fish breeds in the United States. 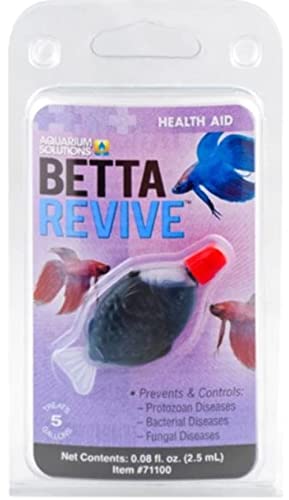 Betta Fish Swimming in the Tank

Betta fish are also known as Siamese Fighting Fish. They originate from present day Thailand, then known as Siam, as well as Indionesia, Malaysia, Vietnam, and China. They are tropical fish who can withstand warm water temperatures.

Children used to collect the fish and make them fight each other to the death. The winner would have to continue fighting other fish until they were killed off by an opponent, and the last fish alive was declared the winner.

There are special tanks that you can buy that will keep fish separate to avoid a fight to the death. However, most are designed without a filter so you have to change their water frequently.

I don’t have a special Betta tank so I had to section off my tank to keep the two roommates apart. I used a plastic cutting board (you can find them in the dollar store), and I cut it to fit tightly down the middle of my tank. I cut small holes in the middle of the homemade partition to help keep the water circulating from the filter on one side of the tank. I’m not absolutely sure that this works, but one side of the tank never seemed to be dirtier than the other.

All of my fish have acquired their share of battle scars by occasionally breaking free of my partition and going after each other. Bert was the biggest bully of them all and the one who would break free the most often in the beginning. I would sometimes come home from work to find Ernie's fins ripped apart and then have to secure the partition after separating them again.

Eventually, I was able to keep the cutting board secure by burying it in the rocks while cleaning out the tank. There were no more escapes after that.

I’ve read that three Betta females can live peacefully in a tank together, but I never wanted to risk it. I did find the girls to be less aggressive, but I still made sure to keep them separate.

I made sure to decorate each side of the tank with plants and alternated sides so that each fish had a turn being on the side with the filter. When I first got Ernie and Bert, I used small, multi-colored pebble rocks for gravel. They were difficult to clean, and they didn’t secure the partition very well which was likely what led to their fighting incidents.

When I bought the girls, I replaced the pebbles with two bags of larger, brightly colored discs and diamond-shaped rocks. They are heavier and provide nice little crevices for the fish to explore. The rocks are also easier to clean and did not escape through the little holes in my colander when I rinsed them off during cleanings.

Speaking of cleaning, is recommended to change out at least some of the water once a week. I used to empty the tank completely once a month, rinse out the rocks, and add totally fresh water.

The water cannot contain chlorine. There are special solutions you can buy to instantly remove the harmful chemicals from your tap water before placing your fish in the tank, but an inexpensive method is to fill a container (or containers) with water and let the water sit out for a day. This can also help to ensure that the water is at room temperature so that the fish are not dropped into water that is too hot or cold for them to handle and send them into shock.

When my water was ready, I would fill up the containers that the fish came in. Taking my net, I would scoop out the unwilling fish and keep them in their containers for the duration of the cleaning.

I would then take out my decorative plants and toss all of my rocks into a colander. Using my sink hose, I'd rinse all of the dirt and debris from the rocks.

Next, I'd rinse out the inside of the tank and wipe the glass dry with a paper towel. I would also run water through the filter hose and use a damp paper towel to clean around the crevices of the tank.

Then, I would replace the rocks, plants, and partition, and fill the tank with water.

Finally, I would relocate the fish to each side of their clean tank. 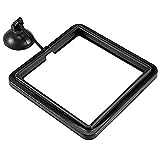 Most of the dirt that I scoop out of the water is leftover fish food that my fish did not eat. When I purchased my first two fish, I bought a container of Betta food that looked like tiny brown pebbles.

The directions said to give them a pinch of food several times a day. So, I used to feed them three times a day on average. When I bought my new can of food, it was made up of flat, red flakes.

The back instructed me to feed them a small amount once or twice a day. Betta food is easy to find online, at any pet store, or even Walmart, and one can lasts a long time.

Betta fish are an easy, low maintenance pet that requires little time and attention. They do their own thing day after day and are fun to watch. It’s always sad to see them grow old and die, but I give them a proper burial in my flower bed.

The fish need very little room, and their tanks double as a decoration in your home. It’s also saving the species from their old fighting origins. If you’re looking for an additional or introductory pet for your home, think about giving Betta fish a try.

Have you ever owned Betta fish?