Rats Vs. Mice as Pets

Which Do You Prefer?

When debating between a mouse or a rat there are several things that you should consider before making a purchase.

Naturally, rats get larger than mice and require a larger cage. Larger cages are more expensive than smaller cages. And, with a larger cage, you have to have somewhere to put it. Do you have room for a medium - large sized cage?

When it comes to diet, nothing is different. Rats and mice have the same diet. You can purchase rat/mouse food at your local petstore and feed it to either a rat or a mouse. You do want to consider the brand of food. Where Kaytee Forti-Diet maybe be great in the sense of it's for hamsters, gerbils, mice, and rats, so if you already have a hamster or a gerbil, you, technically, could purchase this and feed either a mouse or a rat, too. But, with this particular food, it is high in fat, and should not be used as a staple diet. Seeded diets are not the best for rats, as they too, are fatty. You're best best is to find a rat/mouse block

Personally, I feel that mice have a stronger odor than rats do.

If you clean the cage out weekly, the smell will be reduced. I have to clean, or at least rinse, everything in my mouse's cage in order to reduce the smell to near nothing.

This may be the biggest concern when deciding between a rat or a mouse.

If you're looking for a sit on the couch and watch tv pet, neither will sit for long periods of time and hang out, but a rat would be the better option of the two.

If you're interested in more than one mouse or more than one rat, both are social towards their own kind. It's best to house two females (mice or rats), versus two males. Although, it's not impossible to have two males housed together, sometimes, it can create territorial concerns. When housing two males together, you're best bet is to bring home two males together, versus introduce one at a later time. I personally, think that you're best bet is to stick with two females of either mice or rats. 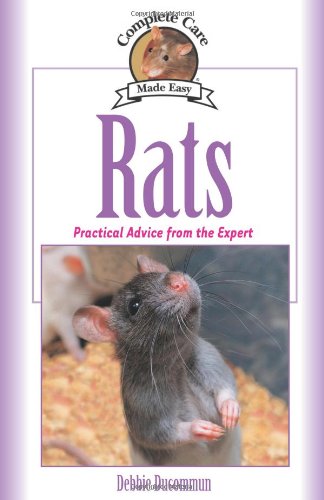