Whether you keep rabbits as pets, for show, or for meat and fur, you can reduce rabbit hutch maintenance by incorporating worm bins into your hutch design.

Rabbits produce a lot of manure for their size (a large doe with young can produce about 6-12 cubic feet per year) and disposing of it can be a problem. Combining rabbit hutches with worm bins is a great way to reduce hutch maintenance duties, minimize odors, and produce lots of fat, healthy worms and high quality compost to sell or use in your own garden.

Setting Up a Vermicomposting System With Rabbits

Unlike many other manures, rabbit manure is considered "cold." That means it doesn't need to be aged before being fed to worms.

If your hutches have wire bottoms, you can place a worm bin directly under the hutch. If they have solid bottoms, keep the bin nearby so you can conveniently shovel manure, uneaten food, soiled, bedding and other wastes into it during hutch cleaning.

Many people who practice rabbit-based vermiculture use portable boxes about 18-30 inches deep. Fill the box with about 6 inches of starter material, such as shredded newspaper, shredded leaves, and peat moss. Then allow the box to fill up with droppings and other wastes. When it is full, add 100-300 red wiggler worms, cover the box, and set it aside, replacing it with a second. By the time the second box is full, the first should be reduced to a beautiful, rich compost, perfect for spreading in your garden or selling to other gardening enthusiasts.

When setting up a permanent worm bin under your rabbit hutch, you can do it in one of two ways:

If your rabbit hutch is located above bare ground, you can simply build an open bottomed worm bin and allow it to begin filling up with droppings and wastes. Worms will soon show up for dinner. Alternately, you can build an enclosed bin and simply add worms as necessary (red wigglers are recommended for most regions).

With a permanent bin, it is important to monitor the moisture level of the bin more carefully than a small portable bin. Acids can also build up to levels dangerous to the worms in areas with particularly high concentrations of urine. You can help prevent this by occasionally adding more bedding material, such as the shredded newspaper/shredded leaves/peat moss combination described above, or by breaking up urine patches with a pitchfork and spreading them around. Worms also cannot handle dry piles of rabbit manure. If your bunnies produce these, spread them out across the surface of the box to help the worms out.

Fat, healthy worms not only make great garden helpers and fishing bait, they are also high protein delicacies for poultry. Poultry, in turn, will help scratch and turn over manure piles, speeding their decomposition, and produce manure and soiled bedding that can be aged and added to the worm bins for still more compost.

Free range chickens can be allowed to scratch at the worm bins when they're open, or, if you want manure worked into a certain patch of garden, you can dump a few shovelfuls onto the ground and let the chickens work it over in their quest for worms and worm cocoons. You can do the same thing for chickens confined in a run. This is especially beneficial with deep bedding systems for poultry, themselves a form of sheet composting. 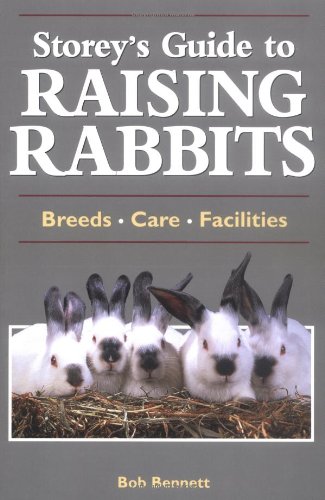 The Worm Book: The Complete Guide to Gardening and Composting with Worms
Buy Now