You may be familiar with our family of three cats. I have written with delight about Heaven dropping a little mischief maker into our laps around Washington’s birthday. In the course of those adoption adventures, our two established cats suffered and benefited from the addition of the little scampering furball we named Skeeter. 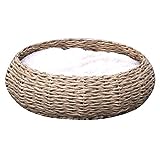 With humans, often the quiet, mature, cooperative, non-attention-seeking individuals do not receive their due. I fear it is the same for felines. Our middle cat, Sammy, has such a personality and he is a WONDERFUL boy.

Sammy rode into MyGuy’s life clandestinely, when MyGuy adopted Sammy’s alley cat mother. It turns out that Sammy was already a “work in progress” and happily MyGuy choose him as the kitten that stayed.

As a kitten, Sammy predictably sought out the highest points of his world to survey the territory. He would leap from the floor and bound up onto the bed. He then bounded from the bed to an end table, about three inches higher. Next, a bound to a four foot tall dresser, then a spring to the top of a highboy, then… bound up to the precarious 2-inch width of the top edge of the half-open bedroom door. This was not the door trim, not pediment – it was the door itself, which would swing slightly as he landed and grabbed with those very useful kitty claws. After that, Sammy peered down at the world beneath him much like Snoopy pretending to be a Vulture on top of his doghouse. Pretty cute stuff.

At eating time, Sammy is the patient, quintessential gentleman. Whereas the other two cats just about lunge at the first bowl to be filled, Sammy waits quietly. Because he can tolerate a 6-second wait, I fill his bowl last. I feel a little guilty about doing this, but it keeps the peace for all involved. Sammy maintains an unperturbed, Yoda-like calm about him. In the mornings after the three darlings have had their breakfast of wet food, Sammy generally trots downstairs and finds a quiet place to sit and think (He is SO much like Ferdinand the Bull – children’s book by Munro Leaf.) The Goddess, on the other hand, often chooses to start hissing and snarling because she and Skeeter try to share the same windowsill for bird watching, or Skeeter gets too close to her. (Think of human siblings whining “He’s looking at me.”)

Sammy is about 5 years old (35 in people years) and will still revert to cute kittenish ways. He has grown to a hefty 15 pounds, but will still occasionally curl up in the fleece lined basket he used as a kitten. Also, although he does not care for the procedure, he is the most cooperative of the three for permitting me to trim his claws. Ditto for brushing his coat, although that goes a little better because Sammy loves shoulder massages. He is a very cute napper, and settles in a favorite chair or spot. Even though that kitten manic energy is gone, Sammy continues to race MyGuy any time he goes up steps.

Among the three, Sammy is the cat who most enjoys a hiding place or a protective nest – be it a box or a rumpled blanket. Occasionally, I make a houseboat from couch pillows and Sammy nestles in it immediately. During thunderstorms, Sammy really wants protection. At the first thunderclap, he usually seeks protection in the lower level powder room stuffed into a corner between the toilet and the wall. 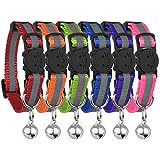 I nicknamed Sammy “Pinky, Le Nez” because he has an outstanding rose petal pink nose on his pure white face. However, whatever we call him, the name is always uttered with love in our mouth. That’s because our Sammy gives so much love to us. We are blessed.

Some of my other Cat Stories