It's hopefully not going to come as a surprise to you to learn that you can't see gorillas living in the wild in England! However there are opportunities to see them in Zoos and most zoos who display gorillas are playing an active part in the conservation of these remarkable animals, so by visiting the zoo you are supporting this work.

Bristol Zoo has eight Western lowland gorillas, The most recent baby called Afia was born by emergency cesarean in February 2016 (as of June 2016 she is not yet on show. Salome is their oldest Gorilla having been born in 1976. The zoo celebrated her 40th birthday recently. The gorillas are housed on an island which gives a naturalistic feel to the habitat. Their indoor quarters have been enlarged and improved with the unusual addition of a glass ceiling/tunnel which visitors can walk under with the gorilla directly above

What are Silverback Gorillas?

Mature adult males are called Silverbacks because the hair on their backs turns silver. The silvering starts to show when they are 10-12 years old.

Durrell Wildlife Park is in Jersey, one of the Channel Islands. It has a well-known group of Western Lowland Gorillas in a large walled enclosure which visitors look down into. Their silverback ‘Jambo’ rose to fame in August 1986 when a 5 year old boy fell into the enclosure becoming unconscious. The horrified public watched as Jambo approached the boy, but then very tenderly touched him and then appeared to stand guard keeping the other gorillas away from him. The boy subsequently made a full recovery. Jambo has since died, but there is a sculpture of him at the Zoo

Jambo and the Child who Fell in to the Gorilla Enclosure

Silverback Gorilla Playing with his Young

Following births in 2014 and 2015 London Zoo now has 6 Western lowland gorillas housed in an exhibit called gorilla kingdom. This tries to give you a flavour of the gorillas wild environment and show some of the other species of animals which gorillas might come across such as black and white colobus monkeys and white napes mangabeys.

The Aspinall Foundation zoos – Howletts and Port Lympne, both in Kent, are the best places to go if you want to see baby gorillas. They have around 70 gorillas between the two sites. They have been the most successful zoos in England at breeding Western lowland gorillas with 130 births! Some of their gorillas have been returned to Africa with a view to reintroducing them to the wild.

Blackpool zoo has 5 gorillas; a silverback, 3 adult females and a 2 year old (Nov 2012). Visiting recently I found it was worth attending the keeper talk, partly because being winter the gorillas were a bit reluctant to spend time outside and the keeper enticed them out to give the talk, but also because the talk was interesting with a combination of information about gorillas in general and also about the Zoo's gorilla family.

The only slightly frustrating thing about watching the gorillas at Blackpool zoo, is the glass viewing windows. It had been raining overnight, so the view was a bit obscured by raindrops and also the general smears that glass tends to get.

Other Zoos with Gorillas

You can also see gorillas at Twycross Zoo in Leicestershire and Paignton Zoo in Devon.

Where are the Gorillas? 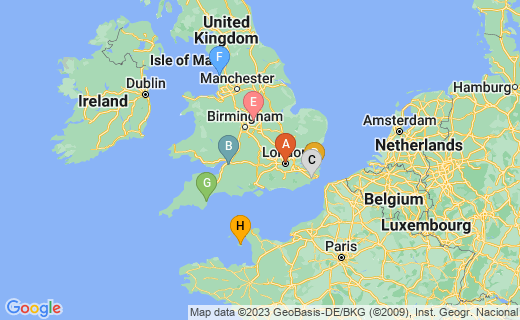 Massa, the oldest known gorilla, died at 54 in Philadelphia Zoo

Conservation status: Critically endangered. The wild population of Western lowland gorillas is estimated to be between 90,000 and 110,000. The population of mountain gorillas is around 500.There are no mountain gorillas in captivity. The populations of the Cross River Bwindi gorilla are not much better off. The main threats are from poaching for the bush meat trade and for tourist souvenirs and habitat degradation. The lethal ebola virus, which also affects humans and can be transmitted between humans and gorillas, is another problem they face.

Diet: Mainly vegetarian but known to sometimes eat termites and other insects in the wild.

Diet: Typical Zoo diet is 80% vegetables 20% fruit with leafy branches included on a daily basis to mimic their wild diet more closely and the addition of a special ‘biscuit’ formulated for primates.

Behaviour: Active during the day and very sociable animals. It is enjoyable to watch interactions between both parents and their offspring. Males sometimes display by beating their chests and crashing about with branches or even bellyflopping loudly into water. Although they spend much of the time on the ground the younger ones especially do enjoy climbing.