Looking for an Opportune Moment: The Silkie Chicken Saga Continues

If you haven't read the first part of this story, you might want to at: “What is a Silkie Chicken? …”

Last night was a long night, or maybe it was a short one, depending on how you look at it. Starting at about 2:30 a.m., about 2 hours after I fell asleep, my puppy dogs started going crazy and barking at the double glass door leading outside in the bedroom. Our nocturnal friends, the raccoons, had come to visit and had both dogs’ full attention, so I wasn’t getting any shut eye. After a while, I was sorely tempted, but I refused to let them outside to tangle with their buddies. So even after our visitors had long moved on, the dogs continued to demand their right to go out.

At 4:30 a.m., I eventually gave up and decided to write the hub I had been thinking about: “What is a Silkie Chicken? …” This was my first hub in which my husband was a star player, so I was anxious to have him read it, and share with me how he felt about. When he finally woke up at 6:10 p.m. (Lucky guy that he is, he had fallen asleep upstairs while watching TV and had not been harassed by irritated dogs all night. Or was I the one who was irritated and the dogs harassed?), I was more than ready for him to read it and, sweetheart that he is, he obliged.

After he read it, we discussed how he didn’t remember it happening “exactly” that way. But, I insisted it was the way I remembered it happening … or, at least … close enough. I mentioned that while perusing the videos to put in that hub, that I did see a video about a pet chicken and just happened to mention that the owners kept it in the house.

Knowing him, I knew he would have some difficulty with that, but we won’t go into the reasons here. Just suffice it to say, I knew it would get him going. I like to wind him up every now and then – keeps him guessing, and things interesting. But that was just the beginning of my plans for him. I mentioned that the chicken in the video had on a diaper so that it wouldn’t mess in the house. His mouth dropped open and he stuttered around trying to find the words to express what he wanted to say. Finally, he said, “You’re kidding, right?”

He had gone for the bait and I was ready to reel him in. I had indeed seen diapers for chickens while doing the research for the 10 best chicken breeds to have on a homestead, so it was no surprise to me. It however was more than he could get his brain around that early in the morning. So his mouth remained open and he was still stuttering, especially when I assured him that I was definitely not kidding. I’m still not sure if he believed me or not, but I went on. “In fact,” I told him, “The thought had crossed my mind that we could get a Silkie and put a diaper on it, and take it around to different nursing homes and assisted living facilities to interact with the residents. Kind of like a dog visit, but with a chicken.” Because our business provides non-medical in-home care for adults and we had talked about doing this with one of our dogs, as advertisement, it really wasn’t that far-fetched of an idea.

I don’t know if it’s because I was so tired after only two hours sleep, or if he was just so flabbergasted at what I had just said, but the look on his face was priceless, and I couldn’t stop laughing. I definitely had him going. Once he was able to gain some composure, he said, “You’re kidding, right? There’s no such thing as chicken diapers.” I assured him that there were and I described them to him. Incredulous, now it was his turn to laugh.

“We are not going to get a chicken and take it around visiting nursing homes”, he informed me logically. I already knew that he was going to say that, but I keep looking for the logical reason to use to get my own Silkie chicken. I have to once again wait for another more opportune moment. But it sure was fun while it lasted.

My husband has informed me that he is scared to talk to me for fear that he will appear in another hub. With a wave of my hand, I assure him, "Oh, you don't have to worry about it. I'm finished with you..." Slight pause and evil grin. "... for now."

"Yeah, for now! That's what I'm worried about."

"Don't worry about it. I'm waiting for a time when you're least expecting it." In my defense, I have to keep him on his toes and guessing. It keeps the relationship interesting.

Have you ever heard of chicken diapers before?

Websites Where You Can Buy Chicken Diapers 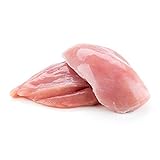