Before moving to Japan and then Germany, Kymberly lived many years in Australia. She still loves Australian wines, forests and the wildlife.

The endangered Tasmanian wedge tailed eagles live in the southern island of Tasmania, separated from the other subspecies of wedge tails on the Australian mainland.

With only 200 of these magnificent eagles left in the wild, habitat destruction from logging and mining is their main threat.

I was extremely lucky to capture an incredible photo of a breeding pair, together in their nest, when I visited a conservation park.

A subset of the species, the Tasmanian wedge-tailed eagle (Aquila audax fleayi). is found only in Tasmania off the southeast coast of the Australian mainland, and is endangered and protected.

There are estimated to be only 200 left in the forests of Tasmania.

With wings outstretched, the wedge-tailed eagle can measure more than 2m from wingtip to wingtip, and can weigh over 5kg – very heavy for a bird!

Wedge tailed eagles live in pairs or families, rotating around a handful of nests to better cover their hunting area. The birds usually pair for life, but may take a new partner if one is killed.

Eagle chicks take around 90 days from hatching to learning how to fly, but remain juvenile and may live in the family group until they are ready to mate.

One or two eggs are laid, with the second and subsequent eggs being smaller. In case of not enough food, the larger, stronger chick will kill and eat the younger, smaller one(s). In times of drought, wedge tails may not breed for years.

They hunt smaller birds, rabbits, possums, cats, reptiles, and fish, and have been known to attack larger prey – wallabies, sheep and goats.

With the decline of the Tasmanian Devil populations, wedge-tailed eagles have undisputed access to more roadkill. 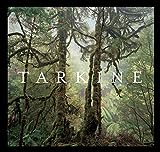 A stunning photography book by environmentalists Ralph Aston and Robert Purves (President of the WWF Australia). Take a trip with selected local writers through the beauty of the Tarkine forest.

The Tarkine, in the north west of island, is the last remaining Gondwanan temperate rainforest in Australia.

The many stunning waterfalls and deep gorges ensures that the Tarkine forest rivals the Australian coastline and outback for its rugged natural beauty.

Home to a wide range of flora and fauna, it is one of the few places in the world where Antarctic plants and mosses grow.

With over 477,000 hectares of native forest, some of the Tarkine is protected as national parks.

It is World Heritage Listed, although that is under threat because of the mines and logging plans of the current Australian Government.

Animals in the Tarkine

The Tasmanian wedge tails share the Tarkine with possums, a huge variety of birds, platypus, echidnas, and the endangered Tasmanian devils.

Surrounded by farmland, smaller native animals are often hunted by stray cats and dogs. Luckily, the Tasmanian wedge tail is safe from these!

But unfortunately their habitat is at risk from current logging around the edges of the forest, and a number of running open cut mines.

Sadly, many more mines and logging areas within the Tarkine are planned.

Logging in the Tarkine is mostly prohibited, but unfortunately mining is not.

Australia has been warned by the World Heritage committee that the Tarkine will be delisted if logging and mining plans continue.

Natural habitat destruction from open cut mines and the logging in and around the Tarkine, is contributing to the rapidly decreasing numbers of two protected species – the Tasmanian Devil and the Tasmanian wedge tailed eagle.

Many conservation groups are lobbying the government and raising public awareness of the impact that mining and logging is having, especially in the old Tasmanian forests.

Unfortunately, the Australian Government has approved new metal mines in the Tarkine area, most of which are open cut.

They are also trying to get logging approval for a large area of currently listed World Heritage forest!

The destruction of natural habitat from such mines would be devastating on the endangered animals that live in the Tarkine.

In January 2016, a huge swathe of the world heritage forest in Tasmania burned.

Unfortunately, many of the last stands on earth of king billy and pencil pines have been destroyed. These were the last fragments of their species, once found in Gondwanaland. Some were more than 1000 years old.

These particular trees won't regrow, unlike most eucalyptus species.

Many scientists say this is a direct result of climate change. The cooling of the eastern Indian Ocean lowered Tasmania's rainfall, drying out the forest. And El Niño brought a very hot and stormy summer. With lots of lightning in a dry forest, such devastating fires were unavoidable.

Sadly, the old-growth rain forests of the Tarkine were also badly burnt.

UNESCO has asked the Australian government what it plans to mitigate this from happening again in the World Heritage area, and for aiding the recovery of the environment, but as yet, there has been no response.

Organizations protecting the Tarkine and the eagles

The Wilderness society are running a campaign to raise public awareness and fighting to stop mines from being approved in the Tarkine.

GetUp! is running a letter-writing campaign, where you can add your voice to stop the mines from ruining the Tarkine, home of the eagles.

An online petition to be sent to the environment minister Tony Burke, protesting against the mines and logging in the Tarkine, with a target of 5000 signatures. The best camera, is the one you carry with you!

The photos of the wedge-tails were captured using an old model point and shoot – the Canon Powershot S3 IS. It’s a robust good quality camera with a powerful zoom and fantastic image stabilisation.

It's light and small, so easy to carry around. Perfect for snapping photos of birds when the opportunity presents itself!

After a tiring day of wandering around touristy places on crutches (I had broken my ankle a few days before), I decided to have some much needed time to myself at a local conservation park.

I braced myself against a sturdy eucalyptus tree to snap the wedgetails, which were nesting at the top of some distant trees. If there had been a handy railing, I would have used the Joby tripod and timer to get clearer, less blurry pictures.

Because the bright sky decreased the exposure of the birds, hiding them in the shadows, I needed to do some fairly heavy post-processing.

Gimp is my photo editor of choice, with all the features of Photoshop, for free! I pulled up the exposure, decreased the contrast, increased the saturation a little, and of course cropped heavily to bring out the details in the nesting pair.

Have you visited Tasmania - my favourite part of Australia?

Have you managed to see an endangered species in the wild?