The Appaloosa: Coat Patterns, History, and Breeding, with Photos

What is an Appaloosa?

An Appaloosa is a breed of horse that is distinguished by its physical characteristics. These include white sclera of the eyes and mottled skin. The mottled skin is often seen on the genitals, the rectum, and/or on the nose or face. In addition, most Appaloosas have striped hooves.

History of the Appaloosa

Man, as a species, has always been fascinated with uniqueness – things that were out of the ordinary. Horses were no different. Equines with unusual coat patterns, especially those with spots, were depicted on the walls of caves as early as 18,000 BC. Of course, at the time, horses were seen only as a source of meat.

By 1300 BC, spotted horses began to appear on Greek vases. Historical evidence shows that these spotted mounts were prized in China as early as 100 BC, referred to as “Heavenly Horses.” In Persia these colorful steeds were believed to be the direct descendents of a legendary war horse, and they were prized. The unique animals showed up in France at least as early as the eleventh century. From there, they soon spread to Spain. By the twelfth century, the spotted destriers were found in most of Western Europe, including England.

After years of immense popularity in Spain, where the spotted ponies were referred to as “tiger horses,” they went out of fashion. Solid – colored horses like bays and chestnuts became the choice of the aristocracy, so many of the tiger horses were sent to the New World with the explorers in the sixteenth century.

The Spanish horses gradually spread north from Mexico, and they eventually ended up in the Northern Plains by the 1700s. The Native American tribes soon realized the intrinsic value of the horse, and they bartered for, purchased, and stole the animals whenever they could. The Nez Perce, who lived in the rugged regions of Washington and Idaho, seemed to most highly prize the horses with spots. Unlike most of the other tribes, they used selective breeding practices, breeding only the best mares and stallions. As a result, most of the Nez Perce horses were superior in conformation and temperament in comparison to the other “Indian ponies.”

The horses of the Nez Perce were largely ignored by others until the 1800s, when they began to gain notoriety. More whites were moving into or traveling through the area, and they began calling the spotted equines the “Palouse horse,” named for the Palouse River that ran through the territory of the Nez Perce. Over time, the name morphed into “a Palousey horse,” and finally into the term we recognize today, Appaloosa.

The spotted horses of the Nez Perce were fine equine examples. They were amazingly strong, tough, and hardy, with impressive stamina. Inaddition, they were extremely sure footed, able to maneuver rocky inclines and rough terrain with ease. In 1877, the horses got a chance to show their mettle when Chief Joseph and his tribe, along with some 3,000 ponies, were chased by the US Cavalry. The Indian horses were so much more sure footed and hardy, the Nez Pierce were able to outrun the army for almost four months and over 1,300 miles of rugged trails. This was no simple feat. The army had long touted the superiority of its equines, and their numbers consisted of seasoned soldiers, while the Nez Perce were a rag-tag group that included women, children, and old members.

After the demands of the trail and all the battles, only about 1,000 of the Nez Perce horses survived. When Chief Joseph surrendered to the US army, the tribe was forced to give up their beloved horses. The equine survivors became scattered across the West and were crossed with other breeds until the Appaloosa as a distinct type was almost lost. Fortunately, admirers of the spotted horses began a campaign to locate as many of the horses as possible, and in 1938, the Appaloosa Horse Club was formed in an effort to preserve and improve the breed. Today, the club is one of the most successful horse registries in the entire world, and the Appaloosa enjoys wide popularity.

How do you breed for color?

This is the $64,000 question. I'm sure a geneticist could give you a better answer - I can only go by my personal experience. We had a leopard App named Boss. We bred him three times to our few-spot leopard mare, Regal. We ended up with a loudly colored colt, a marble filly, and a bay colt that didn't have a single white hair on his entire body.

When we bred Boss to Poco Juanita, our bay AQHA mare, we got a blanket filly the first time. The second time, a solid bay filly was born, but as she got older, she developed a lot of frost.

Many Appaloosa breeders prefer breeding a loud-colored stud to a solid-colored mare, or to a mare with less color.

Appaloosas are wonderful animals. They’re intelligent, hardy, and athletic, and most have sound temperaments and a willing disposition. Of course, physically speaking, their colorful coats are their signature characteristic. The coats come in a dizzying combination of colors and patterns, with no two Appaloosas exactly alike. Many of the foundation-bred horses also have thin manes and tails, which is a plus when trail riding through heavy brush.

Today, the Appaloosa is used for ranch work, trail riding, and in parades. They’re often seen in horse shows in Western classes like pleasure, halter, cutting, reining, and timed events, and in rodeos. Appaloosas are sometimes crossed with Thoroughbreds or Warmbloods for dressage mounts and hunter-jumpers with colorful coats. Appaloosa racing is also gaining popularity. And of course, the Appy makes a good, all-around family horse, too.

Read more about horses and training tips below the Amazon products. 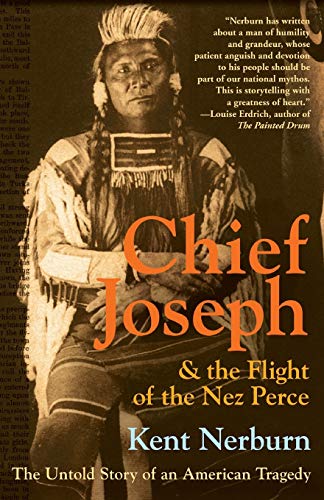 Chief Joseph & the Flight of the Nez Perce: The Untold Story of an American Tragedy
Buy Now