The Carabao: From the Beast of Burden in Fields to the Beauteous Beast in Festivals

A Farmer & His Carabao Ploughing Field

In Southeast Asia like the Philippines, a carabao is dubbed as the “Beast of Burden”. My parents home is located in a barrio, close to the countryside it seems where many large factories are situated including my uncle's furniture and recapping factory, and a bit away passing a bridge separating from the neighbouring city with a constant river flowing beneath it. Comes a continuous heavy rain, the river rises up carrying strong flowing currents which could be dangerous to pedestrians and motorists once it reaches the surface of the bridge.

In a barrio, there is always an open farm land. There was also a piece of land in my neighbourhood back home which was once a rice field. This ground is now used to hold barrio fiesta events where dancing, small pageants and other programs take place. Aside from lands with growing sugar canes and corn fields, tropical fruit-bearing trees are abundant such as mango, tamarind, star apple,(caimito) chico, sugar apple (atis), water apple (tambis), jackfruit, durian, limes, santol, soursop (guyabano), rambutan, cucumber tree (iba) and the berry-like fruits that grow in bunches or singles like the lanzones, (cherry-like) sweet manzanitas and sereguelas. I could go on but I have to continue about the “carabao”.

Facts About a Carabao or Domestic Asian Water Buffalo

A Carabao or Asian Water Buffalo (Bubalus bubalis) is a huge animal weighing almost 2,000 pounds. The skin is tough and dark gray. The carabao, a tropical beast loves dipping in thick mud or marshlands to cool off from the scorching heat this animal is exposed to from working in the fields. Cooling off at times on large shady spots underneath a robust tree or laying over tall grass with blades like swords. Aside from striding and gliding through coarse muddy rice puddles sometimes up to its belly, the carabao can swim or paddle smoothly in rivers and streams. The mud that wraps around their bodies keeps nuisance insects from staying on them. The carabao has a tuft of hair just right on its forehead and again at the tip of its tail. Their bodies grow rough strands of hair too but shaven at times especially if a carabao will represent its participation in festivals. Male and female carabaos both grow line-textured solid bulky horns. Since a carabao does not sweat, it finds itself a mud puddle submerging half or its whole body as means of comfort. Sometimes the farmers do prepare an area for them to cool off. A rainy season is best for the carabaos where fields become soft, cool and muddy, and probably you have an idea what these carabaos would choose to do. With their size, they only feed on grass, flowering plants and other vegetation as well as sugar cane, cornstalks, leaves from banana plants and even large peelings from fruits. In rainfed lowlands, crops become abundant, orchards bearing fruits and weeds become fast growing. The carabaos are fed through these sources often loose to graze freely close to the farm.

The carabao is the national animal of the Philippines being around the Filipino lives for many years helping many poor farmers in their way of life and for survival often ending up selling his carabao for cash in times of hardship. Aside from farming, a carabao is a nutritious source of milk and meat just like any cattle. During the pre-colonial period, the dried skin hide of the carabao were used for armours. The carabao horns are also used in furniture, as a home accessory, décor and in fashion jewelry.

Would you like to ride on a bare-backed carabao?

So with farm lands of rice plantation or any crop, the beast of burden is the main star. Big and gray, this draught animal is strong, disciplined, patient, quiet, obedient, and ever supportive to his equivalent hard-working master; the carabao does the major farming of toiling dry sun-cast soil hardened and cracked in chunks that it is hard to walk barefoot on them. This domesticated animal plays important and useful roles in Philippine agriculture. In a day out on the field, the farmer is right behind it to control and guide the carabao in ploughing a straight path pounding in on a demanding toil for long hours as early as the sun rises to the time the sun goes down.

The carabao is able-bodied to haul heavy tons of loads making transporting of harvest goods and commuting in the remote countryside areas convenient and easy for the farmers. I have not ridden on one and hoping to feel how the ride sways slow and graceful, forget about how smelly they could get. It would be worth a “carabao trip”.

The carabao kneels passing a church in honour of St. Isidro Labrador (The Worker Saint),

Carabao-Carroza Festival and Beauty Pageant Contest for a Festival Queen

The carabao or water buffalo is one of the decorated beasts in festivals just like its horned cousins from ­other parts of the world such as the Buffalo Body Painting Traditional Festival participated by China-Vietnam-Cambodia, the decorated Bangalore Bull, the decorated Brahman Bull as a sacred animal in India to name a few.

May 14 and 15 are highlighted dates on the calendars in the Philippine towns of Pulilan-Bulacan, San Isidro-Nueva Icija and Angono-Rizal. These provinces celebrate a feast for its patron saint- San Isidro Labrador (The Worker). The carabaos play a remarkable role during the festival marking gratitude the folks hold yearly as thanksgiving to a year’s bountiful harvest. The carabaos joining the festival and parades are groomed clean-shaven turning into “beauteous beasts” this time, from their heads down to their hooves, these beasts transform into the most decorated animal in town festivals, painted on and adorned with colourful flowery garlands. The carabaos are trained to kneel or genuflect in front of the town’s church and floats as part of the religious ritual in grateful honour to the patron saint. This colourful festival and the carabaos faithful talents attract visitors and tourists locally and internationally.

The carabao race in the province of Cebu, Visayas region is the second popular animal sport next to cockfight. The riders struggle to stay on the carabao without any saddle, roughly bouncing on its back. So much excitement and cheering from town folks while the riders hang on only with a rope and the carabao’s tail. This carabao sportsfest is also an event in other Visayan provinces.

In Pavia, Iloilo, another province in Western Visayas celebrates the carabao sport every 3rd day of May. The carabao is attached to a carroza (a bamboo sled or cart). The city calls it the Carabao-Carroza Festival, starting with a parade, a beauty “Queen” pageant, then, the race.The Carabao-Carroza is Iloilo’s oldest festival which is consistently celebrated each year.

The Beast of Burden is a Beautiful Beast!

Crafts from a Water Buffalo's Horns 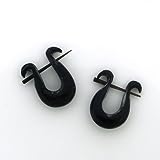