Understanding a Dog's Sense of Taste

Watching a dog eagerly eat his meal in seconds may cause people to reasonably presume that dogs must have a keen sense of taste when compared to humans. Yet, this is untrue. Indeed, dogs surprisingly have about 1,700 taste buds when humans have about 9,000. By carefully observing a dog eating, it may be quite clear that dogs do not appear to really taste and enjoy each morsel of food, rather, they seem to simply gulp it down.

Eating fast and without paying much attention to flavor, is indeed a behavior that dates back to when the dog used to live in packs and hunted prey for survival. Since food at those times was not an every day luxury, it was quickly gulped down to prevent other dogs or other animals to take over. Yet, in a domestic setting, this instinct deeply ingrained in a dog's mind may still prevail, especially if the dog is forced to eat in close vicinity to other dogs, causing competition to kick in. Yet, some domestic dogs may slow down once they notice there's no threat. 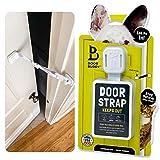 Understanding a Dog's Sense of Taste

However, just because a dog eats fast doesn't mean that a dog cannot recognize flavors. Rather, the taste buds found on a dog's tongue have been found to be capable of distinguishing sweet, salty, bitter and sour flavors. Among these, dogs appear to be particularly sensitive to bitter flavors, for this reason, the well known ''bitter apple spray'' often prescribed in dogs to prevent them from licking wounds or to prevent them from chewing furniture is so effective. Yet, it seems like some difficulty in reaching those taste buds built to recognize bitter tastes may play a role in not making these bitter sprays as effective as thought. Indeed, those bitter-detecting taste buds are located towards the rearmost third of the tongue observes Stanley Coren.

With this in mind, dogs show to being able to discern pleasant from unpleasant foods and foods that are indifferent. For this reason, dogs may like a food more than another, while others may be downright picky. Smell of course, plays a role in detecting taste as well, as the two senses are connected: simply imagine how humans are unable to taste food when their nasal passages are stuffed and not working properly, as when dealing with a cold. So what smells good to a dog must taste good as well in their mind.

If you think your dog has a sweet tooth, you may be right in a certain way. Dogs are omnivores which means they eat other things other than meat. A canine's diet in the wild, encompassed meat but also the occasional berries and fruits which were somewhat sweet. However, dogs remain meat eaters at heart, since their diet in the wild comprised of 80% meat.

Dr. Katherine Houpt,a professor at the Cornell University College of Veterinary Medicine has conducted some extensive research on the dog's sense of taste and has reported quite interesting findings. For instance, dogs appear to like meat the best with a liking of beef over pork, pork over lamb, lamb over chicken and the lowest ranking meat being horse meat..

It was also found that dogs appreciate some novelty in their dishes every now and then. Adding a few carrots at times may do the trick in turning a boring dog food into something interesting again. At times, adding a little something may be the secret in getting back on track a finicky eater.

Dogs and cats being hunters also seem to enjoy warm food. This dates again back to when they were hunting prey and it eating it when it is still warm. For this reason, warming up some dry kibble with some warm broth (with no onion or garlic in it which is bad for them) may turn a boring dish into an appetizing delight.

So there you have it. Dogs may not have the capability of sitting down and enjoying a meal as their human companions do, after all, this all starts to make sense. This explains ultimately why dogs are attracted to eating almost everything in sight, if they do not have much time to savor it, then why worry about the taste of it in the first place, especially if it smells interesting?